Getting off topic, but: I wouldn’t (couldn’t!) read BoingBoing if I didn’t have about 6 million ad blockers.

I do think there is an unfair side to this. I agree that for one portion of FB everything stated is entirely true…but the other half of FB users (we have no way of knowing the literal percentage of users…so let’s just split to equal 50/50) have nothing to do with the bullshit misinformation for a variety of reasons.

That half of the user base really uses it for its intended purpose of staying in touch with friends and family, birthday wishes, sharing memes and funny posts, party invites, etc. And never really comes into contact with much of the bullshit other than to be annoyed by it and report/block it.

At what point do we start holding the people that believe a liar responsible?

I tend to be pretty forgiving of the suckers in large situations like this. Much like you were able to be taken in by an experienced conman we have to accept that there is a large well financed operation designed to mislead. It’s hard to avoid all of the scams and, particularly in the political realm, once the hooks are in they are able to guide your path pretty well.

or treating it as a regulated public utility

This is a non-starter. It’s already been ruled on by SCOTUS that this isn’t legally recognized, but also, it would be giving conservatives what they want. They want to be able to control it and force entities to be “fair” - which to them means letting the far right have a large platform and a captive audience without consequence for what they say.

This is slightly off topic, but to my thinking, as soon as a platform introduces algorithms that impact how posts are prioritized, they are essentially a publisher and bear some responsibility.
Can someone with more legal knowledge than me explain how I can be held liable if someone falls down on stairs I built on my own personal property that I didn’t invite them onto, but Fecesbook and other platforms can’t be held responsible for the insane garbage promulgated on their platforms that they built and invited us all onto?

my feed is immediately hijacked with pro trump propoganda and marketing

The BBS front page is exhibiting the same. Disgusting.

But beyond the standard cry of “delete Facebook” which I did years ago (and which could simply hand the platform over to right wing voices if everyone on the left left) what can possibly be done here?

Deleting Facebook is a first step. If all BLM supporters, not just black people but all people against fascism and racism, deleted their account, that would be a heck of a message after which chairs would fly at Facebook HQ. Advertisers there sell by the numbers, not by political affiliation; take away a big chunk of users, and the platform either collapses or implements true neutrality.
As for the alternatives, Diaspora and Mastodon might deserve a look. 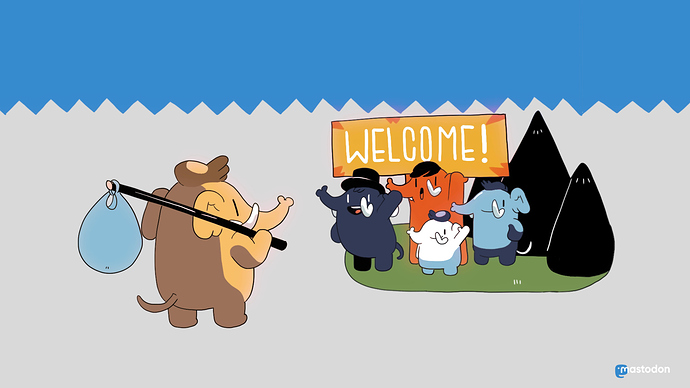 Server run by the main developers of the project It is not focused on any particular niche interest - everyone is welcome as long as you follow our code of conduct!

Facebook is run by Republican and neoliberal sociopaths, looking favorably, so to speak, on GOP propaganda is to be expected. Even more so by a business model based on keeping people on the site as much as possible, even if that involves exposing them to society-weakening bullshit. 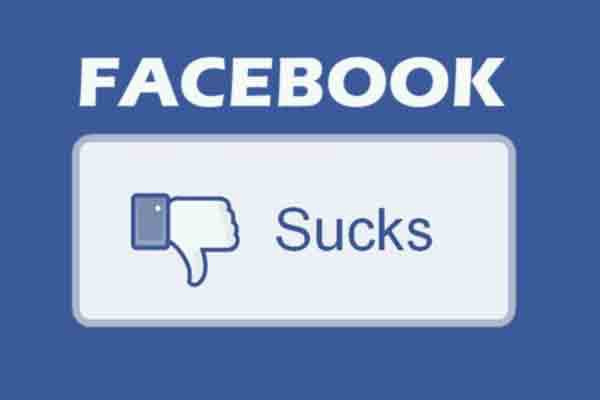 @orenwolf Can something be done?

Advertisers there sell by the numbers, not by political affiliation; take away a big chunk of users, and the platform either collapses or implements true neutrality.

Kind of. The thing is, Face***k users are much more important than Face***k rejectors to advertisers because they are stupid, and therefore a good ROI on advertising dollars. The goal in modern advertising is to quickly rid yourself of critical thinkers, people with expectations, and anyone who pays attention generally. This is why all advertising is designed to insult your intelligence. Once you’ve chased away anyone who has noticed that you are insulting them, you can go about the more lucrative business of selling shit to pigs.

The thing is, Face***k users

Excellent. I hadn’t thought of this. Edited to fo**ow suit.

I’ve said it before: if you think the media is ignoring Faceb**k, have you ever heard a -peep- about this phenomenon on LinkedIn? Consider how many people are out of work, creating new accounts and looking for something to blame. If I had any $$ I’d bet that if I went back to the thread in which Melinda Gates mentioned Covid and was called a murderer in the comments, those comments have not been removed.

Google targets based on users - we disabled ads that direct users to obvious pages like Trump’s campaign site, but we can’t do more than that really. Individual users should be able to adjust who google thinks they are in Google’s ad settings

If you’re blocking tracking though, good luck - Google doesn’t know who you are so you’re going to get garbage.

At the end of the day it looks like a greater than even chance that Trump will be reelected. It is still important to get people out to vote. I have attempted talking sense to members of the cult of Trump. That was generally a futile effort.

The protesters at least in Portland aren’t helping their cause. I drove through downtown and as an older white guy who actually sympathizes with them, I was greeted with middle fingers and expletives.

Also a valid point. Reminds me of when site owners implement countermeasures against adblockers, which is useless since those users would be immune to advertising anyway, so they probably should rather profile those users in order to narrow calculations of potential buyers.

I was greeted with middle fingers and expletives.

At this point there are chances that many of his followers already infiltrated the movement to discredit it by doing nasty things in front of the cameras while carrying anti-Trump signs.
I would expect the unthinkable from those bastards, even committing false flag murders.

I noted recently on another site that a big banner Trump ad from Google allowed me to “see why I was targeted”, but the options to remove it, or even report it, were absent.

We’re involved in local political goings on and I have been trying to keep some tabs on what the other side is talking about and hoo-boy, a parallel universe may not even be accurate. More a perpendicular universe headed away at a high rate of speed.