In a panic over fleeing advertisers, Facebook launches PR blitz to announce it is "a mirror to society"

I thought it was more to be a connection between people?

It’s whatever will keep it from being regulated.

More specifically: Facebook is a funhouse mirror to society. It magnifies the ugly parts and minimizes the nice parts, making society look misshapen and grotesque.

I remember as a teenager using mirrors to help me squeeze zits. Facebook needs to start squeezing its zits.

Gross? Not as gross as helping racist, white-supremacist Facebook posters get Trump, his cronies and his fellow travelers re-elected.

Exactly what I came to say.
As soon as algorithms are introduced, this is the kind of mirror to society any platform is:

Done and done.
I quit them in January, never looked back. I am much happier now. 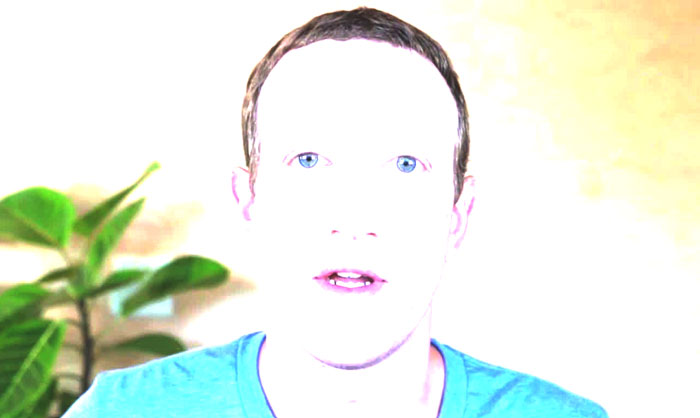 Needs the eyes moved down to be parallel with the mouth.

So now Facebook has enlisted the help of Nick Clegg, vice president for global affairs and communications (and former Deputy Prime Minister of the UK) to educate the media that Facebook is just a “mirror to society.”

What is wrong with our society that Nick fucking Clegg is anyone’s idea of a spokesperson? “I know, they’ll listen to the guy who destroyed his own political party in the most pathetic and contemptible way imaginable, becoming a human synonym for sell-out”.

Okay, Mark, you win: Nobody wants to buy add space on your shitty mirror.

While I agree with deletion, this, I think in the long run, is not the answer. Too many people use fb for completely legitimate reasons. Often only to communicate with family and friends. This is the only reason I still go on once or twice a week. I don’t see anything untoward. I don’t have any interests checked. I rarely look at the main scroll page. I check in with the <100 friends I have. As to how to solve the horrid problems others see and hear on fb, find a way to take the monetary incentive away.

In a statement, Denny’s said: "As America’s diner, we offer an inclusive and welcoming environment where all people can enjoy a nice meal and we strongly oppose hate speech of any kind.

Denny’s! Too racist for Denny’s is a seriously low bar to pass under

“The problem isn’t us, it’s you terrible people.”

Often only to communicate with family and friends. This is the only reason I still go on once or twice a week.

why not just text them?

I have never had a FB account, nor would I ever want to have one. Wonder what percentage of the population this puts me in? Also, FUCK that anroidy looking mother fucker.

“The problem isn’t us, it’s you terrible people.”

Imagine if parents used that!
We’re not bad parents, we’re just giving them what they want!!!
[Not that corporations should be seen as parents, but honestly, with great power comes great responsibility and all that jazz. Thinking large, powerful entities have no responsibility in society other than stockholder profit is a major problem.]

why not just text them?

Because they are spread around the world, many have time-shifted lives, and a 100-text blast to let them know say, that my daughter is pregnant, would result in 95 of them blowing up everyone’s phone for hours by reply-alling?

Facebook with an ad-blocker and Social Fixer keeps it palatable. If enough of us do that, it will die and something else will replace it. I have tried several other options for a private family net and none of them work worth a damn.

Shifting technologies is not that easy for some.

It’s whatever will keep it from being regulated.

If it’s regulated it will just be another state propaganda outlet like:

Because they have landlines.