Facebook: no more linking to news if Congress lets publishers bill us for it

Originally published at: Facebook: no more linking to news if Congress lets publishers bill us for it | Boing Boing

Trying to address the local news crisis by making websites pay every time someone links to their work—the endgame of this proposed antitrust exemption for publishers—represents a misreading of the technical and economic dynamics at work.

The deliberate misreading of what a hyperlink is is especially egregious. There’s no side to root for here, and I say that as someone who wants to see reputable journalistic outlets continue to exist.

I wonder if you could get around it by posting links in a broken but human readable way, like the way some people post their email addresses to make them harder to scrape.

Yeah, it seems they are trying to kill the aggregator sites in particular.

Haven’t most outlets already implemented this in the meantime? Granted I don’t use ad-blockers and VPNs and such, but any link I click on from bb or anywhere else I always hit the subscribe modal.

“So Krugman in the Times said yesterday…”
“No! stop! say no more!”
“…what? he just said that a recession isn’t all that likely.”
tiiiiiing
“yep, knew it”
“Hey, I just got a text from some new york group that says I owe them $0.72!”
“…thank you @#!! alito for not understanding the difference between being social and social media”

I… don’t care? I’m constantly pissed at companies like Google scrapping content and presenting it on Google’s webpage as if it’s their own when someone searches the topic. But, if it’s just a hyperlink, then that’s a real fucking piece of dipshittery on the part of the government and needs to be shut down immediately. It’s literally how the world wide web works. I should be able to comment on a story while providing a link to it (not stealing the whole story itself of course, but I do like to once in a while post short exerts while I’m tearing apart some fluff piece trying to prove to the poor and middle class how much the rich are struggling day to day… fucking wealthy corporate vultures).

And that is an answer that makes more sense from a technical and legal point of view. A link is simply an address where a file can be found. If you published the GPS coordinates of the Jungle Cruise, Disney does NOT get to charge you back for providing the information. It is THEIR job to make sure that people visiting the attractions in their parks pay the admittance fee. It is NOT the job of the government to make sure that anybody that tells somebody where the attractions are pays the fee on behalf of any who follows their instructions.

It’s especially weird because the hyperlink isn’t the problem for the news orgs - it’s the fact that Facebook (and, ahem, other web sites) are summarizing the news stories and people aren’t following the links through to read the actual reporting.

The real issue isn’t that aggregator sites (which BB is not in the same sense that FB or Google News are) are summarising the news stories, either. Most of them are just the basic summary info you’d see in a social graph “onebox” or RSS summary, which is already controlled by the publisher/news outlet. The assumption is that a reader interested in more detail will click through (using a hyperlink, of course) to the publisher’s site. It’s a reasonable assumption, as the click-through counts on links posted on BB BBS regularly show.

The other pitfall with this ill-conceived legislation is that it will inevitably be merged with the even more poorly conceived attempts to remove Section 230 protections for Internet forum owners. This could lead to a situation where site owners would be forced to charge every time a user posts a link in a comment, or where they might have to ban hyperlinks in comments altogether.

I’m not on Facebook, but looking at the Google News aggregator home page I see lots of headlines from the news outlet with underlying links, lots of logos for news outlets, and basic timestamps (e.g. “1 hour ago”). No summaries beyond that. That amounts to advertising for and traffic generation to the outlets.

The only thing I can see publishers taking issue with is that the links are not direct ones (like BB’s) but Google ones with unique tracking codes that I assume somehow serve the company’s business model before the immediate re-direct to the actual news outlet’s site and story (and usually a paywall modal). Perhaps the nature of the link on a particular aggregator rather than hyperlinks in general should be the focus of the legislation. However, that’s asking too much of “series of tubes” politicians like Klobuchar.

If this passes, my guess is, like recently happened with Google News - FB will work out an agreement with publishers for a portion of revenue, and sites like BB will be forced to link to FB or other large site’s copy of the article instead since the revshare is already paid for. Not only will that suck for the BB readers of the world, I seriously doubt the news sites want FB as an intermediary for all of their content like that.

I seriously doubt the news sites want FB as an intermediary for all of their content like that.

And yet that’s what they’re asking for. It’s truly perverse and ultimately self-destructive for the news outlets, reducing the value of their own brands and placing themselves completely at the mercy of the likes of Zuckerberg (who, in a fit of pique, could end the revshare deal with the outlet and immediately deprive it of 10s of millions of eyeballs). As Rob noted, after years of abuse from the large aggregators they’re effectively signing up for more abuse by taking this approach.

sites like BB will be forced to link to FB or other large site’s copy of the article instead since the revshare is already paid for.

If the news outlets weren’t run by myopic MBAs, they could avoid giving over total control to the big platforms by making exceptions for group blogs like BB that link properly and directly to the outlet’s news site. Instead, they’ll apply the rules to every site, whatever kind of link they’re using.

Also, if what you say comes to pass I guarantee you that FB or Google News or whoever will eventually find a way to wet its beak when you use one of their intermediary links.

Bullet dodged for the moment. 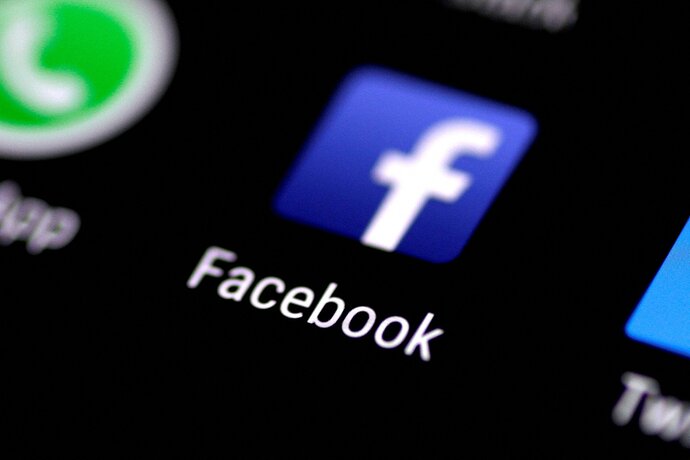 The bill would have allowed publishers a temporary exemption from antitrust laws to negotiate jointly for the use of their content by the large tech companies.

… if I mint an NFT of the news, does my NFT of Facebook have to pay me for it