oh, man! that photobooth is fun!
i just sent my neighborhood nemesis to Mars, Street Chikken, the noisy nuisance. 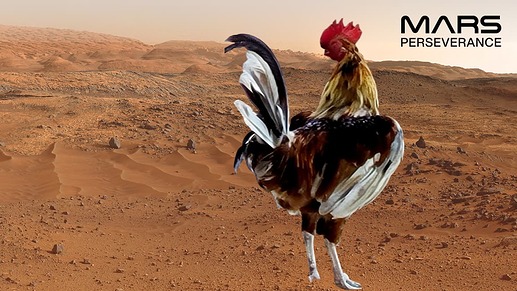 The Far Side IRL.

Thought it was a photo of Sirius myself, the sausage-dog star.

But that’s not what happened. He made a (funny IMO) joke that he thought would be recognised as such fairly quickly by people in his peer group, who it was aimed at. It wasn’t, and non-experts misinterpreted it, so when asked about it he turned it into a teaching moment.