Fascinating Horror on the Apollo One disaster

Originally published at: Fascinating Horror on the Apollo One disaster | Boing Boing

The name Apollo 1, chosen by the crew, was made official by NASA in their honor after the fire.

I never made the connection before but what a terrible irony that the crew would name the capsule after the god of the sun shortly before it would kill them by fire.

I only recently, in the last 2 or 3 years, heard the actual radio from the event and it is horrific.

So many facepalming dangers stacked up that the engineers SHOULD have seen coming. 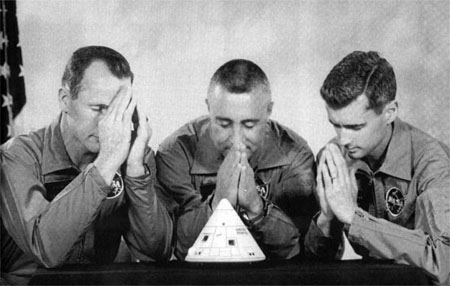 Growing up in Grand Rapids MI (home of RB Chaffee) I know the story well and there’s no way I’ll ever risk listening to anything containing the actual event.

Sadly, “rules” and the way we do things now are sometimes paved with the bodies of the less fortunate.

Here in Los Alamos NM we have more than a few plaques scattered about our 40-ish sq miles of lab space commemorating folks that made traumatic discoveries. I think we had like five or six die in a week or so back in the 1950s from unforeseen behaviors of explosives. From those very same accidents there are industry standards now for handling explodey-stuff.

We also demonstrated how not to deal with critical masses of nuclear material (Slotin, the Demon Core and all of that). I may well be wrong but those events might be the last criticality accidents with solid metal. Solutions are different and a little more difficult (see even the Japan event in the 1990s).