And just to make you feel better the comments to the CBC on Twitter about this are all full of “don’t make little girls your political pawns” and “Girl Guides must be full of illegals” - Yay! We’re all terrible people! /sigh 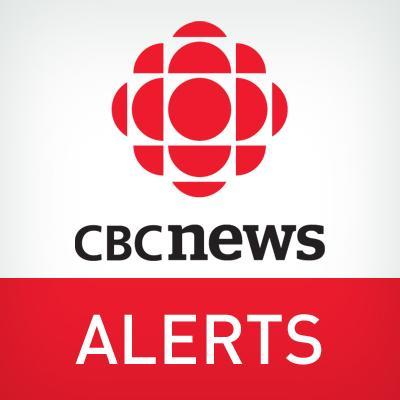 Girl Guides of Cda suspends US travel. Says inclusiveness is a core value, ability of all members to equally enter US 'currently uncertain.'
27 Likes
monkeybars 14 March 2017 16:40 #3

“Don’t make little girls your political pawns—continue to have them singled out and left behind at the border because they’re not white enough!”

Thanks guys. Just the same - I having them visit the White House seems like too big a risk given the occupants proclivities.

And just to make you feel better the comments to the CBC on Twitter about this are all full of “don’t make little girls your political pawns” and “Girl Guides must be full of illegals” - Yay! We’re all terrible people! /sigh

It’s their misguided Real Name policy they recently implemented. It was meant to cut down on trolling, but all it did was give the mic to all the male, white-privileged loudmouths and away from everyone else.

Maybe that’s the case for their Web site, but these are Twitter responses with a lot of pseudonyms. The pattern there seems to be an entitled white male bigot making one of these statements, followed by a bunch of people mocking them or presenting them with facts.

Maybe PEETUS can institute a new policy: Girl Guides send a headshot and no-one under a six gets let in.

Kellyanne Conway: The Women's Marchers Have a 'Problem With Women in Power'

At CPAC, the Trump advisor blasted the current feminist movement.

I read a related CBC article where a Christian volunteer work group from Hamilton was also turned back. I saw a photo: all white. However, as the group’s plan was to rebuild homes in the U.S., Border Patrol interpreted the Statement of Intent faxed by the Church leader as a “work document” and denied them entry. US workers or volunteers should be building the homes, the Border Control reasoned.

I suspect some ill-thought-out immediate orders were distributed and as not every Border Officer learns everything they need to (I speak from personal experience), nor wants to complicate or jeopardize their job by employing thinking or common sense, it can’t be assumed that having proper documentation or even the “least melanin-pigmented skin tone” is all that’s needed to avoid detainment. One has to luck into a border officer who’s eager to employ and share his training (again, personal experience, ten minute chat at the border about new rules bringing animals across the border. I didn’t have an animal with me, just a C that looked like a G in a Magic-Marker inked ‘DOCS for Canada’ envelope the officer espied in the car).

The catch-22 is that the smaller, lesser-travelled border crossings with shorter waits will have the least-informed officers, and the major crossings will have their checklists and require the travellers have EVERYTHING in order, and know what’s needed or ‘strongly recommended’ to have before they cross, and the hours spent queuing to get individual situations resolved can be a real drag. Counter-intuitively the most heavily visited border crossings will be the easiest to enter, with the exception of the “you can’t get there from here” Point Roberts/Tsawwassen crossing, just not the most delightful.

Well surely the Girl Guides couldn’t all be Muslim? So we could just admit those troops that do not accept Muslim or dusky-hued members. Would that solve the problem?

Yup. I posted that in the Canada thread.

If it wasn't for Canada

Meanwhile… Canadian Church groups are being denied entry to the USA… And the Girl Guides have cancelled all US travel for the foreseeable future… Little girls and churchy do-gooders… America, are you ok?

Thry even had the host church fax a letter to the border! Nope. Canadian volunteers are taking the jobs of American…volunteers? Literally makes no sense.

They dont need to build the wall… its already built.

I read a related CBC article where a Christian volunteer work group from Hamilton was also turned back.

Yep. Here’s the link. This quote from it sums up the situation pretty nicely:

“If you can’t get a church van with 12 white folks through [the border], how much worse is it for any person of colour, any person born somewhere else, any person whose name sounds foreign to an [Immigration, Customs and Enforcement] officer, or any refugee?”

It’s the CBC. There has long been a cadre of hard-right trolls who will trash any and everything the Corp. seems even vaguely sympathetic of. They feel it’s their mission, because they assume that because the CBC is a guv’mint outlet, it must be irretrievably left wing and that all the lefties read/watch it. This predates the website: I grew up with people who griped about the CBC’s liberal-bias, it’s just the twin effects of the Internet’s ability to amplify, and the rightward shift where yesterday’s Conservatives are now either liberals or slipped down the slope.

Its not the CBC, its twitter, but yes I do agree, there is some weird kneejerk reaction to the CBC that I have never understood…

CBC’s comments are rife with American bots and trolls.

Yes, but this is on twitter, not the CBC.

Yes, but from the amount of pretend Canadian comments on their stories, I wonder where a lot of those tweets are really coming from.

CBC seems to be some kind of magnet for alt-right types.

I have a bad feeling about the CBC, but it’s because of this program.