Final season of Mad Men will take place in 1976

Cannot wait - this is so good.

1976? Why doesn’t anybody look half a decade older?

Great, that gives me plenty of time to get caught up. I’m currently on episode three.

Yea, that again…
Fortunately there is way more functionality built into sshd than expected for nerds who don’t want to configure a vpn daemon.
Ugh, the trailer gave me fever dream like flashbacks of my earliest memories of crappy music and a little powder blue leisure suit.

I shall spoiler-tag this question, in deference to your progress.

Think we might finally catch a glimpse of the now fifteen-year-old offspring of Pete and Peggy?

Man, if I could look a quarter as good when I’m fifty as that Draper fella, I’d be… well, still better looking than Pete. 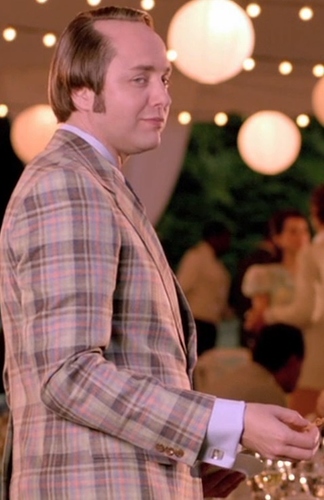 Oh I love Pete. When he first came on the show, I thought his tone was so odd and out of place, but then as time went on, I just came to think Vincent Kartheiser was the best actor on the whole show.

And Vincent Kartheiser has a cool pad too.

He’d be the best part of the show, if he didn’t have to compete with Slattery (and we simply don’t get enough of Roger, which may be why he’s always so reliably awesome).

Final season of Mad Men will take place in 1976

Surprised and not surprised. The writing for this show never gives what you want, but always what you need.

For some previous seasons Matthew Weiner has not disclosed what year the season takes place before it starts. It’s interesting they are telling us now. I wonder what it means.

There was some speculation going around last season that Megan might wind up a Manson murderee. It refutes that at least.

I got the feeling that came from east coast reviewers that only know that about life in the hills of Los Angeles. What this native expected and did not get was some connection to the music scene that was going on in the Hollywood Hills in the 60s that swept the nation a year or two later. When Megan appeared on the show she was set up to be the one who clued all the squares that something was happening and they did not know what it was. That idea seems to have been forgotten. She was in the perfect spot to fall into that world, but instead became a soap-opera wife for Don to reflect his disaffection on to. Missed opportunity. Especially after having caught the changing spirit of the early 60s so well.

For what it’s worth, the song playing in the teaser trailer is Diana Ross’ Love Hangover, which was released in 1976. So maybe Mark’s right. It does seem odd though. I could see going from 1969 to 1974 and the Nixon resignation, which I peg as the true end of the 1960s, or 1973 when the recession and subsequent stagflation which plagued the 1970s began. Either of those would make for nice bookends to Mad Men’s themes of disillusionment and ennui. But 1976? The year of disco and bicentennial fever? No, that just seems wrong.

Also, why is Sally still wearing a dress which she might have worn in 1963?

Anyone know what model car Harry is standing next to? That’s another clue.

Hah. Nice suit, Don. It really is the end.

What’s the source on the finale episodes being set in 1976? I haven’t seen that reported anywhere but here.

Or, to put another way, can the musical soundtracks be used to reliably date Mad Men?

I’m a season behind, so I shouldn’t really be in this thread.