This stuff (and is it just me, or is there a lot more of it happening?) gets me really upset. It feels like there’s more happening, but I’m not sure if I’m just hearing about it more than I used to. I know the issues aren’t new or anything- but it just seems so much more brazen than I recall.

I feel like we’re on the brink of some precipice- and I’m pretty sure things will get (much) worse before they have any chance of getting better.

There are many distressing things about this, not least the question of whether there is a grassroots fascist movement beginning to mobilize in the US. If this is true, we are entering a potentially very scary time, but also one where strong direct action by anti-fascist civilians is critical.

The police and security forces we usually depend on to maintain “order” will not restrain a fascist movement, in fact they’re often aligned with it. If we do not organize ourselves to directly resist the early stages, it may quickly become too late.

I fully realize how hyperbolic that sounds, but right wing populism is on the rise all over the world right now, and few societies ever really think that it will explode until it does. There’s no reason to think the US is any different.

On another note, it’s frustrating to see politicians using this attack as a sneaky way to end the protests:

U.S. Rep. Keith Ellison's office, thanked protesters for "the incredible support" they have shown the family.

But in light of tonight’s shootings, the family feels out of imminent concern for the safety of the occupiers, we must get the occupation of the 4th precinct ended and onto the next step," the statement said.

Fuck that, we need that occupation more than ever now. And the “next step” should be anti-racist occupations in every town until we can be sure this kind of thing will never happen again.

Frankly I wish that sounded hyperbolic.

On another note, it’s frustrating to see politicians using this attack as a sneaky way to end the protests:

Mostly agree, except let’s not smear Keith Ellison with the brush with which you appear to be smearing him. He’s on the good side.

Nowhere in the article is it stated that the three masked shooters who “didn’t belong there” are white, and certainly no evidence of “white supremacist” leanings is presented.

All are reasonable suppositions, but outright statements that the shooters are white and “white supremacist” are unsupported by the article. I always hope for (and expect) better from Boing Boing.

Nowhere in the article is it stated that the three masked shooters who “didn’t belong there” are white,

Which article? The linked WaPo one says this:

At the time, officers were searching for “3 white male suspects” who fled the scene, authorities said. Police said Tuesday the suspect who was arrested was a 23-year-old white man who was not immediately identified.

and certainly no evidence of “white supremacist” leanings is presented.

Carrie Brown and several other older members in the community said they tried to diffuse the situation.

“One of the white protesters who had been with us since the beginning said, ‘Be careful, those guys are white supremacists,’” Brown told The Post, referring to the three men and one woman in balaclavas.

Eye-witness testimony may not strike you as “evidence,” but to call it “certainly no evidence” is a misreading at best. [quote=“TheChineseWatch, post:9, topic:69740”]
I always hope for (and expect) better from Boing Boing.
[/quote]

Would you say you’re still disappointed in Boing Boing?

I think it is accurate to say that there are clear signs of growing fascist tendencies here in the US, not just at the grassroots. The interplay between Republican primary contenders and their voters is spiraling into a fury.

It feels like there’s more happening, but I’m not sure if I’m just hearing about it more than I used to

There probably is a bit more, plus at least when we were kids a lot of stuff didn’t make the national news as well. Stupid 24 hour news cycle… If it bleeds somewhere it leads everywhere. 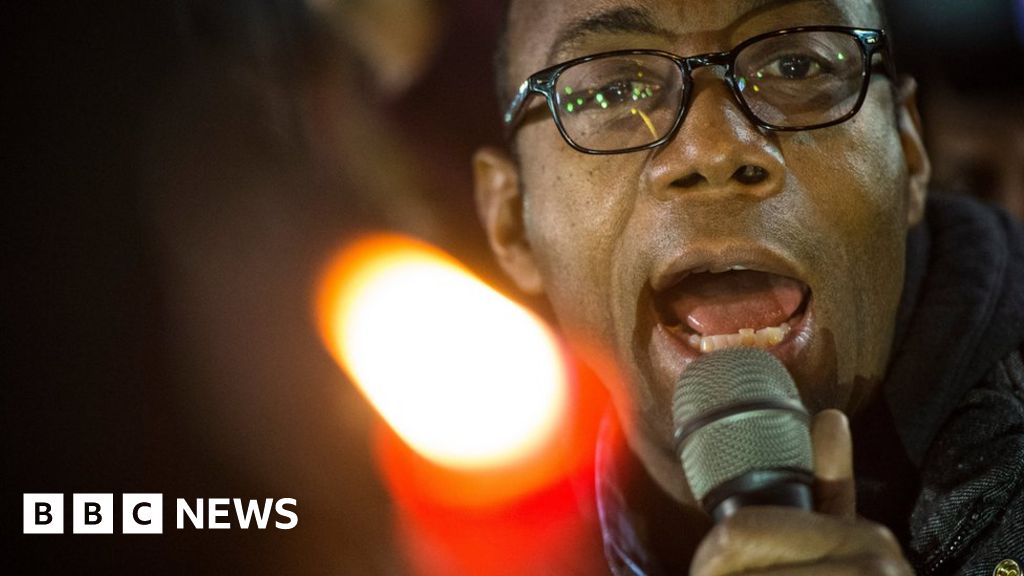 i think about what we all could be with the hatred and fear removed.
Imagine…

i’m 68. i have lived thru the peak good times.
on every level i am seeing disintergration.
the 99% have been deemed a resource, to be bought for least
and least dignity…piss tests…food vouchers for folks in jobs ?
despair times…!
vote Bernie ! nothing to lose, integrity to gain.
the tensions always decrease when everyone can see a future and a today a well…

I plan on voting for Bernie, no worries!

I, as they say, stand corrected, at least partially. I was referring specifically to the article written by Rob and posted on Boing Boing, as my internet skills seem to have atrophied and inexplicably I failed to see the article link at all, so I had nothing else to go on but what appeared here at BB.

That said, I believe that the article has been edited since I read it yesterday - certainly, the title has been changed with no mention of an edit - the phrase “white supremacists” no longer appears there.

The possibility of further silent editing renders any meaningful conversation impossible - I cannot feel confident that what I remember from yesterday is reliable. Eyewitness testimony is indeed evidence according to me, though always questionable, and from what I recall, the eyewitness quotes did not include a mention of white shooters yesterday, although that is now present.

So - I find the (to me) irresponsible use of the phrase “white supremacists”, and the unattributed edits troublesome, and - yes- disappointing.

(Edited to fix a couple of typos.)