That’s a shame, it often means you’re one is seeing the bully and the victim as interchangeable. I’ve certainly done that and I try hard to not.

Often, around here, one person is talking in good faith and the other in mercilessly bad faith, seeking a reaction.

If you earnestly believe that pushing back against inappropriate treatment is ‘both of these people behaving badly’, well, I submit that you probably accidentally embolden some asses and roll blythely over some sensitives.

I don’t want everyone to have a home here. I want for this to be a place where a consistent lack of good faith and regular shows of unearnestness should earn some sort of title.

So here is what I suggest. Let us give other users a week time out. A personal ban button, but it only lasts a week. Lets say I pressed the button on @enso (that asshole)(kidding @enso !) For a week, enso and I would not see hear or know of one anothers existance. That’s it. No communication, no PMs, no likes. After a week that filter on my experience (and refusal to share with that user)- expires. A week off between individuals.

But. If there is a user who consistently earns these ‘time outs’ from, say, Regulars, that would be kept track of. If I were to block @enso 52 times in a row, that would be work for me, and no work for anyone else. But it also doesn’t allow me to shut the person out forever. If I and 15 other users had @enso blocked at once - that would both limit the pool of outrage that bad faith user was throwing stones into, and also provide a useful metric of how often how many regular users find a user worthy of a time-out - which in the long run may well provide some useful metrics when it -does- come time for the luck dragon to ride in. It could also yield a ‘title’, If you’ve earned weeklong bans from a ton of people, maybe you get a “provocateur” badge (which expires in time if you chill the heck out), or if a critical mass of Regulars are blocking you maybe you get a week ban? I can’t imagine that would come up but a couple times a year.

Thank you for the consideration. Cool software.

it’s more an option to keep everything in public. Ya know, with witnesses and all.

the only time I have received a creepy PM I cc:d falcor with my response of “What was that, again?”

What is the downside of that, outside of the waste of pixels?

Often, around here, one person is talking in good faith and the other in mercilessly bad faith, seeking a reaction.

Unlikely in my experience. It’s usually a who-can-be-the-snarkiest contest in which everyone loses. I am sure there are exceptions. Just not many.

But. If there is a user who consistently earns these ‘time outs’ from, say, Regulars, that would be kept track of. If I were to block @enso 52 times in a row, that would be work for me, and no work for anyone else. But it also doesn’t allow me to shut the person out forever. If I and 15 other users had @enso blocked at once - that would both limit the pool of outrage that bad faith user was throwing stones into, and also provide a useful metric of how often how many regular users find a user worthy of a time-out

Yes, that’s excellent advice, and one thing we want to get to. A mute is a kind of flag and absolutely should be treated as such, if there are enough of them.

As for robo-liking, it generates a ton of spammy notifications to a ton of people. It’s particularly egregious when the post in question is totally pedestrian and a like comes across as, at best, robotic, and at worst, sarcastic. It also devalues the sorting of “summarize” and “top” which rely heavily on likes, and the idea that likes are used to curate, not as a blind rubber stamp demolishing everything in their path. Robo-liking really has been covered at quite some length in other topics; feel free to read through them again to refresh your memory if needed.

Unlikely in my experience. It’s usually a who-can-be-the-snarkiest contest in which everyone loses, including us. I am sure there are exceptions, of course. Just not many.

You have successfully described there something other than what I was talking about. I’m talking about that edge 1%, not the ‘usually’ 95%. That edge one percent that is so odious at times, and creates so much work for the mods, and can drive away an awful lot of people. I do mean the sockpuppet brigade, I do mean certain users who never miss a chance to talk about clip capacity in firearms threads and EITHER have yet to learn that’s totally inflammatory or are doing it intentionally.

@Melizmatic was speaking about something actual. You may well not perceive it as an issue, but that may be a matter of your perception, because she and I are not talking about nothing - and your response there, to that issue, strikes me as a bit minimizing and dismissive.

That contest is the result of not being able to actually punch the coward in the nose, and you’re creating an arena where everyone loses.

So, maybe stop minimizing and dismissing, and thank you again for asking for suggestions.

Mine is a proposed solution that, if I am part of the problem, I’d be sanctioned. Not a concern I have.

What could you possibly be missing?

I bet you will be happy to tell me 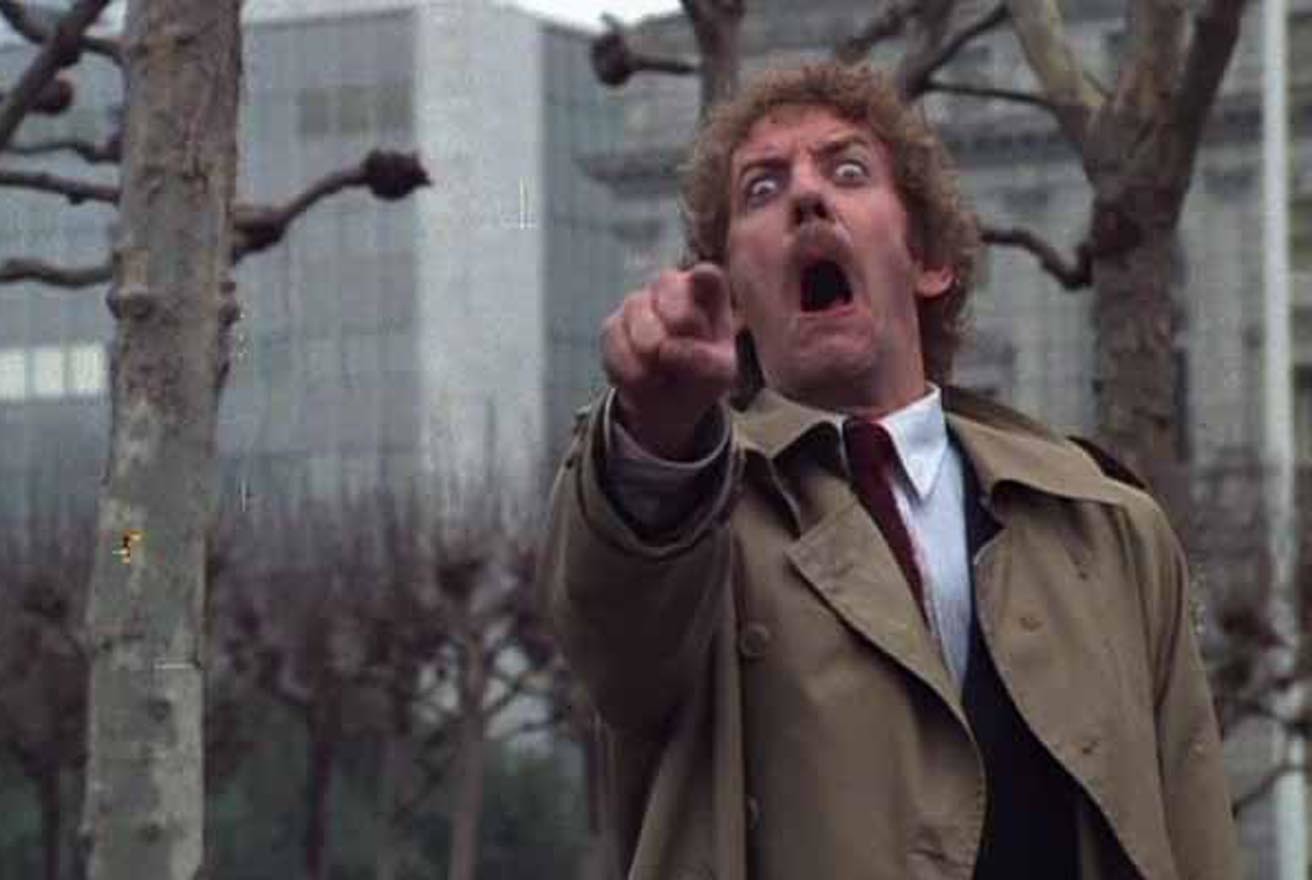 I bet you will be happy to tell me

Under my idealized system I’d be happy to block you for a week, and if I still thought you were being pointedly rude to me without basis (or whatever reason seemed apt to me at the time), I’d do that again. No sanction on you unless it happens to you a lot, which the system could keep track of. All it would mean to me is that I’d see your comments as existing but collapsed for me by default, for a week. A whole week.

And if that happened a lot to a user (or IP address) there could be sanction. That’s when the mods should get involved, not when I don’t feel like hearing from you but you won’t or can’t stop.

Have a great day, fellow community member. Thank you for the thoughtful questions and delightful responses, as always!

Under my idealized system

Topics that “show full post” does nothing. This is a long standing bug.

It’s probably our fault on the BB wordpress template side. Posts aren’t cleanly < article >'d out in the HTML with a nice identifiable this-is-the-content class

a link on the menu bar back to the Blog main page. Moving from the Blog to the BBS is a bit like jumping down the rabbit hole: easy to fall in, not so easy to get back out.

Another “our fault” thing. There used to be one but I minimized the header on BBS past the point of sanity.

Trying to keep things open for the readable content, eh? Makes sense, but there should be a nice design compromise that allows a link to the Blog as well as BBS. Maybe move the thread titles a bit right and use Jackhammer Jill as a hot point for the link? She’s got a nice blocky form that shouldn’t chew up too much space… Or maybe just a square with a black-on-red bb in your logo font - that would be more explicit.

But if the feature exists, you don’t have to use it, even if others decide to use it.

Topics that “show full post” does nothing. This is a long standing bug.

OH, I change my answer: ^this^

and the thing where embedded videos won’t go thru the WordPress-to-BBS-“Show-Full-Post”-wormhole. that particularly kinda sucks.

@PatRx2 , this is my kludge solution: 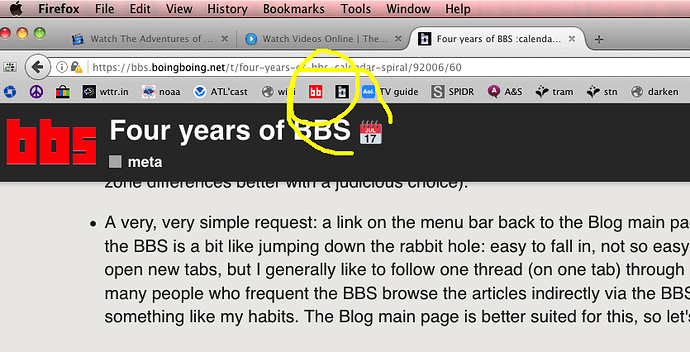 That was exactly my point above. I mean, you and I don’t get along a lot of the time but I don’t want to silence you forever so I never see your posts because…then I only see shit that I like, etc. etc., making that echo so much worse. Then we’re like Facebook!