Why? Isn’t this exactly what FoxNews and other conservative sites are trying to accomplish?

C’mon, be reasonable. These “news” outlets exist to shape the views and behavior of their audience to a specific set of beliefs. Now there’s a bunch of snowflakes who are going to try and hold them accountable for succeeding at the very thing they have been trying to accomplish. How on earth is that fair?

There was a time when anti-abortion “pro-life” protestors blocked traffic too, So it’s not about “blocking traffic”, it’s about stopping peaceful protest with self-serving excuses to justify violence.

You know, I’m REALLY hoping that when prosecutors comb through James Alex Fields social media and email they find him advocating, agreeing, or passing on this sort of thing. THAT would be pre-meditation and should bump the charge up to first degree murder. I think that chances of that are pretty good.

…on the left. Why not be clear about it? Certainly wouldn’t be the first right-winger to incite murder. Both sides do not do it equally.

To avoid especially troublesome political (and litigious) backlash when protesters start getting run over.

…on the left. Why not be clear about it?

Of course. I am not aware of anyone on the left ever saying abortion protestors should be mowed down with a car. I thought that was obvious.

I heard the argument that someone banged on the hood of this guys car so that “justifies” him ramming it into a mass of marchers. Unbelievable.

I heard the argument that someone banged on the hood of this guys car so that “justifies” him ramming it into a mass of marchers. Unbelievable.

The narrative I’ve seen from the murder apologists is that “they were blocking his path” (even though it’s a pedestrian old downtown area and he had other paths of egress), “they attacked his car so he was scared”(one guy swung at the back of the car as it had already begun speeding towards the crowd, four seconds after his tires squeal from flooring the pedal), and if all else fails, “it was a false flag operation, the car wasn’t the same one the murderer was pictured with, the radiator didn’t leak from the impact as it should have, the airbag didn’t deploy, etc, etc”).

The false flag claim is my favorite. These people like to pretend that they’re living in the Truman Show and that the supposed “deep state” goes through extravagant efforts of movie-style production to fool them. They might as well be claiming that the lizard people did it.

This is not much different than

Step 4 always seems to be the same.

The false flag claim is my favorite.

This is the ultimate cop-out: anything that doesn’t fit their preferred world-view is part of some grand illusion invented by magical, powerful puppet-masters.

By this logic there is never ever a moment when your side is guilty of any kind of sin, it’s very convenient.

I am not sure why there needs to be a new law. If one isn’t cautious enough and causes a death, its manslaughter at least.

If one purposefully and willingly plowed into or drove over a crowd, it would be murder.

If it is a situation where one is in danger and had to accelerate away, hitting someone, then one would have committed justifiable homicide. (If you don’t think this could ever be justifiable, imagine the Nazis from Charlottesville threatening to rip someone out of a car and killing them.)

It seems to me the current laws cover the possible scenarios. I guess the one other scenario is if someone laid down in front and in back of your car and you couldn’t move, yet weren’t in imminent danger, and you slowly drove over them? As much as I would disagree with such a tactic, I can’t condone it reasonable to proceed.

This is the exact same excuse that was used by the KKK when they slaughtered 5 people in Greensboro, NC.

ABOUT NEW YORK; Remembering When Maoists Met the Klan

Dan Barry column on Paul and Sally Bermanzohn, former Communist Workers Party leaders who were among militant Maoists attacked by Ku Klux Klan during 1979 protest in Greensboro, NC, where they were organizing textile workers and advocating...

And by an Orangeman when he drove his car into an Irish republican protest in 2015. 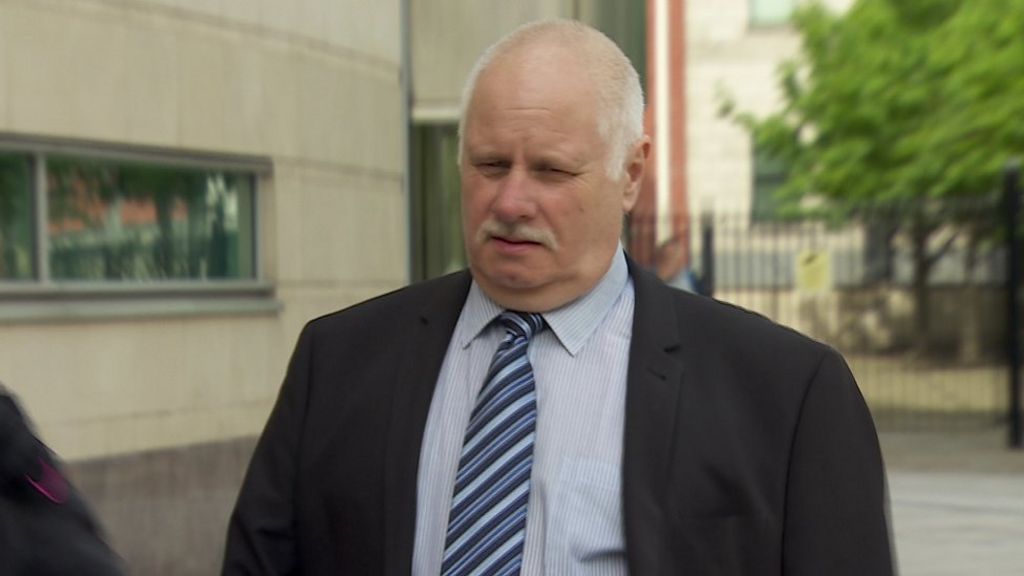 A teenage girl was trapped under a car and five others were injured when he drove into a crowd.

And it may allow her family - and the murderous little nazi’s family - to sue the Daily Caller and Fox.

The false flag claim is my favorite.

This is the ultimate cop-out: anything that doesn’t fit their preferred world-view is part of some grand illusion invented by magical, powerful puppet-masters.

By this logic there is never ever a moment when your side is guilty of any kind of sin, it’s very convenient.

And the lack of evidence for a conspiracy simply proves that the conspiracy is so powerful and far-reaching that it can erase all evidence of its existence.

I humbly suggest that in the current climate we should be careful about the phrase “hastily nuke.”

How about memory holing?

A memory hole is any mechanism for the alteration or disappearance of inconvenient or embarrassing documents, photographs, transcripts, or other records, such as from a website or other archive, particularly as part of an attempt to give the impression that something never happened. The concept was first popularized by George Orwell's dystopian novel Nineteen Eighty-Four, where the Party's Ministry of Truth systematically re-created all potential historical documents, in effect, re-writing In ...

So it’s not about “blocking traffic”, it’s about stopping peaceful protest with self-serving excuses to justify violence.

As with “stand your ground” the department of unintended consequences implies that if the legislation ever comes to pass some crazed person will run over an innocent passerby and then claim the he thought (s)he was involved in a demonstration - and get off.

Why? Isn’t this exactly what FoxNews and other conservative sites are trying to accomplish?

It’s akin to shining a light on cockroaches…

Is what I want to say. But I think they would lose a lot of advertisers if they stood by advocating Nazis to commit violence on innocent people. Money is really the only thing they care about.