Funny how this Bitcoin article turned out

Didi Taihuttu expects the price of bitcoin will soar, so much so that he’s selling his house, car, and other valuables to obtain even more of it. Now, 39-year-old Taihuttu is living at a campsite w…

Me, I’m just amazed bitcoin is still around, honestly. That’s a test of … something, but I’m still not sure exactly what. If it’s still here, it’s useful for some purpose, so… ?

Luckily they used his full name in the article so he’s easy to google. This is the newest article I could find after a cursory search. 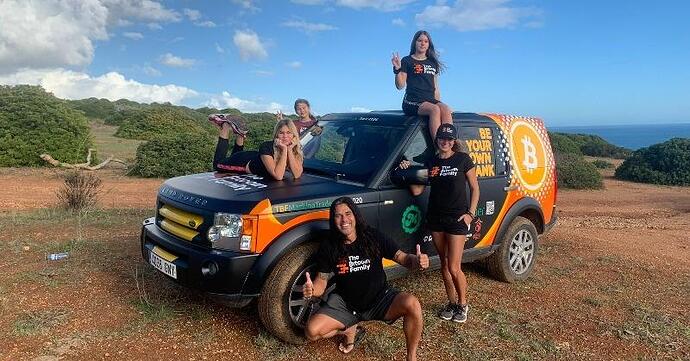 This Dutch 'Bitcoin Family' Emigrated To 'Bitcoin Heaven' Portugal For...

Taking the crypto craze to a whole new level, a Dutch family has emigrated to Portugal, as the country levies zero tax on crypto.

Some people got rich with Ponzi’s original Ponzi scheme, so from a certain narrow point of view that was… useful?… as well.

The only hope for a happy ending with this guy is that he chooses to cash out of bitcoin at some time when everyone else isn’t doing it. If he got out now, he might end up with more real-world money than he put in.

If I read that he sold his bitcoins for US$6million (and paid Dutch taxes on that!) and bought a nice house or something, then good for him. But until then, deciding whether he’s winning or losing is extremely premature. When you see a guy with glazed eyes dripping with sweat at a roulette table, you don’t assume he’s set up for life even if he has a big pile of chips in front of him.

Living the dream of freeloading off of another country and not supporting any of the services they receive.

I assume those kids go to school. Fucking libertarians.

The gambling analogies are dead on… gambling is the closest to reality and most correct way of describing crypto.

That’s a test of … something, but I’m still not sure exactly what. If it’s still here , it’s useful for some purpose , so… ?

People have been buying stars for hundreds of dollars for decades now. People have been buying penny stocks for decades. People are buying Ty Beanie Babies again. The list goes on and on. As long as you can make SOMETHING that people will pay money for, there will be scams to create the money. That doesn’t mean the objects used in the scam have value, and certainly something lasting 7 years is not proof it’s “here to stay.”

The dot-com craze to bubble to crash occurred in about 7.5-8 years, and you know that, because you were around for it too

Especially since crypto speculation and gambling are zero-game - my winning bet on the Eddie vs Thor fight came from people losing a bet that Eddie would win.

Before the credit cards blocked it, plenty of people transferred wealth to people who bought in earlier with credit card debt.

I dunno, I think if I was going to lose all my money, I’d rather lose in a casino, where at least I can get some free drinks and have fun playing games. Or lose it on belief that my sports team is the best and not that “line goes up.”

Even as an air quotes “tech person” I just don’t know what to make of crypto in general. Even after personally experimenting with the eco-friendly proof-of-stake (proof-of-space) Chia one… what is it really? What purpose does it serve? Who benefits? I was in the trenches there for a while and I was like “what are we fighting for” like in a damn Joseph Heller novel.

something lasting 7 years is not proof it’s “here to stay.”

The only lesson I can glean is “somehow, bitcoin still manages to exist.”