Need about 100 of them for my school.

USB extension cables already exist and, as a bonus, can serve a purpose other than slightly extending the reach of the USB port on ONE sort of computer.

Also, plugging a USB device into one end doesn’t risk pulling the other end out of the computer’s USB slot. This thing just looks like I’d now need to check that TWO USB devices were properly seated in their slots instead of just one.

Hmm… I could see this thing levering back and damaging the port, but I’m sure they’ve tested for that!

Extension cables are fine for plenty of situations, but I see a place for this too. I teach in Mac labs and find students’ forgotten USB drives all the time. Even when the computers have USB extension cables it just becomes one more cord sticking out of the back. The nice thing about this particular device is that a thumb drive or accessory would be plainly visible to anyone using the computer and less likely to be forgotten.

Or Apple could just put the ports in the side of the screen… Perfect - not spoiling the aesthetic (much), easy to reach and USB sticks less likely to be left behind.

Screw the “aesthetics”, they’re tools not works of art. Put the bloody ports in useful places.

if you are going to pull the ports around to the front, you might as well at the very lease quadruple the number of ports. 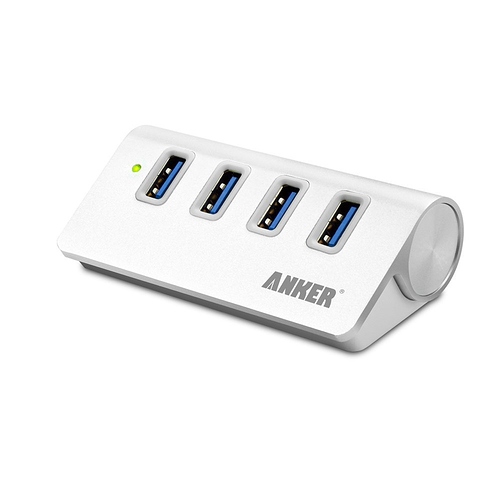 of course, I use this one which sits perfectly below the screen on the metal pedestal, which gives me 10 forward facing usb 3.0 ports. (i set it on the labeled side, so the ports face forward and the leds are on top of them) 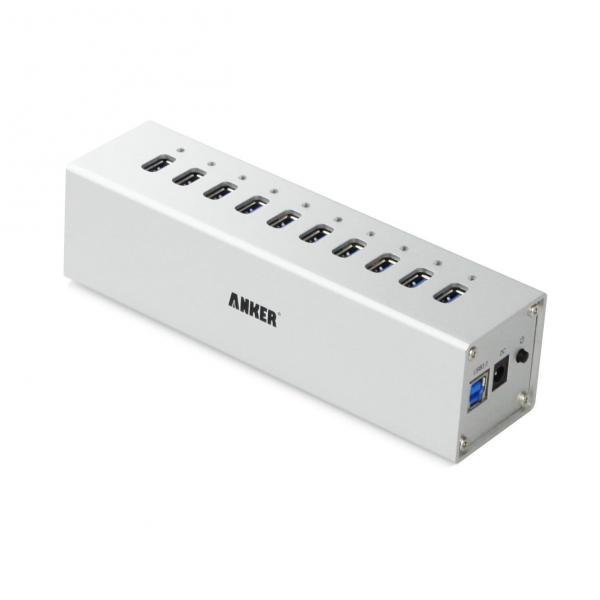 Both solutions fit very nicely with the Mac aesthetic, and who can’t use more usb ports.

Some people don’t want a giant hub sitting on their desk, they just don’t want to do the ‘iMac reacharound’ to plug in a drive every time.

Amen. User-facing ports are cool, and are constant reminders of all the possibilities open to you.

the 4 port one above is very tiny, hardly a giant hub.

i suppose that there is a group of people that don’t own more then 4 usb devices (which makes using a hub mandatory) yet are also willing to pay $15 per port to save reaching around.

in my mind the price premium doesn’t justify the issue addressed, the 10 port one is underneath my iMac screen, on the pedestal, so it takes up zero usable space and is quite attractive, the aluminum matches perfectly. I cannot imagine it offending the austere aesthetics of even the most OCD desk jockey. It looks like it is part of the computer.

of course I personally need two 8 port hubs behind my iMac and the 10 port one in the front, so I cannot even really relate to the user who gets by on the 4 supplied ports.

Don’t worry. The risk of an enraged Sir. Jonathan Ives appearing and smiting you down for sullying his vision for the location of the USB ports is fairly small.

Get a fucking wired mac keyboard people. It’s an imac… that’s on your desk. Smarter people than the guys who made this thing have already figured this one out. 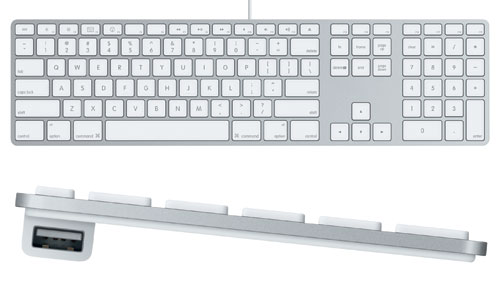 I mean, how else am I going to plug in my USB plasma globe? 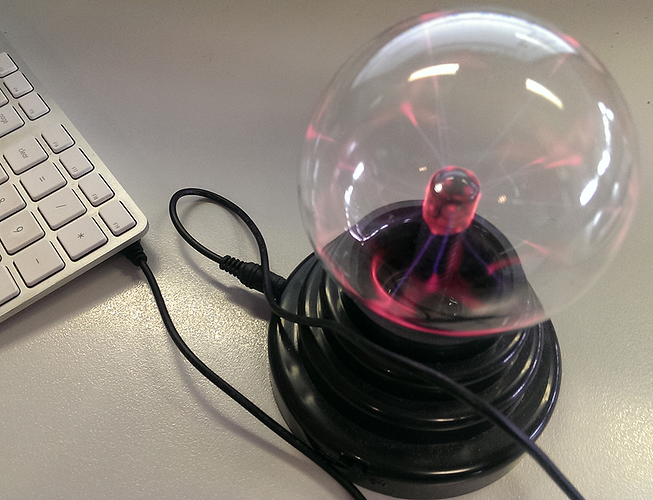 Apple put the port in the wrong place? Say it ain’t so! Surely you need to think different.

But if you don’t, here’s the same function:: 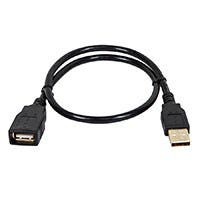 Extend your USB 2.0 connection with this USB 2.0 A Male to A Female Extension cable from Monoprice!This cable features a standard USB A Male connector on one end and an A Female connector on the other and is particularly useful for extending the...

and you can buy 15 of these for one of those.

My usb fan took up that space until it migrated to a different computer around here, I guess that does free it up for the plasma ball, or a rocket launcher.

I have a 7 port hub on my iMac under the screen. Unfortunately, it is usually buried under all the other crap on my desk, making it hard to reach or manipulate.

funny thing is I use a wired mac keyboard, and i had forgotten that there were extra ports underneath it, so thanks for reminding me!

on a side note, I am pretty disappointed with the keyboard, in two years I’ve worn through 3 of the keys, and am in danger of wearing through a fourth soon. I had the clear apple keybord with black keys, and the clear with white keys, both for a longer time, and never had any issue. This new keyboard just isn’t made to last alas. 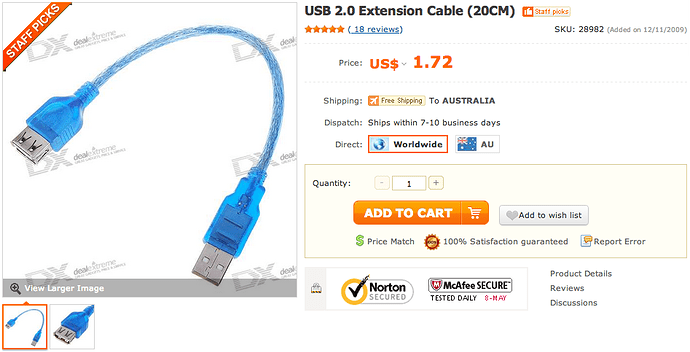 Monoprice would be $3.50 including US shipping and a whopping $40 is I wanted to get it sent here to Australia.

Probably not the best for anyone who is writing masses of code. Out of interest, which are the keys that have worn through and have they actually worn through, or they just don’t work anymore?