after watch The Boys

From another related article i read, Kojima was thinking of doing the project as either a game, series or movie.

The current global situation has lead to a shortage in Editorial Gerunds.

Maybe someone should just let Kojima make a film, and then maybe he’d stop shoehorning them into his games?
I definitely enjoyed Death Stranding, but it’s not unfair to say that it starts with at least an hour of cutscenes, and ends with about the same. Aside from that, it’s the best “hiking around Iceland in the rain” simulator I’ve played

I bought Death Stranding without realising it was a Kojima game and too it back 2 days later. I had maybe 30 minutes of playable time in the first 3-odd hours

The Boys comic stumbles in execution by opting for cheap, shock humor

… of which, no shortage in the TV show either

I mean, Invincible and The Boys are on the same streaming service for crying out loud

Powers also worth a watch 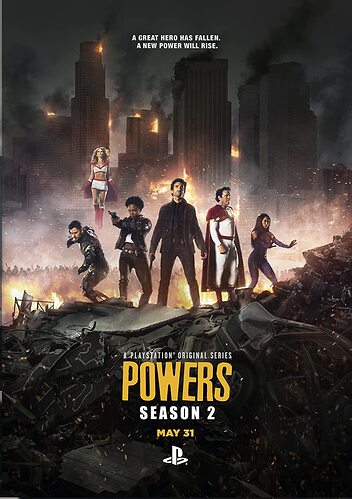 I bought Death Stranding without realising it was a Kojima game and too it back 2 days later. I had maybe 30 minutes of playable time in the first 3-odd hours

Just when you were getting to the start of the game! joking/not-joking.
Most of the game is only a bit cutscene heavy, and then you get to the end, and some of the cutscenes require you to still move around while they play, which honestly makes it even worse.
The cutscenes are very pretty though (if often impenetrable nonsense), and the parts of the game that are an actual game are interesting.