I’m guessing the horde will argue with you about this…until the next time they remember that drug laws not only don’t work, they unfairly target minorities.

And what has that got to do with hate speech directed against minorities?

We have learned from our history.

At face value, that statement does seem true to me.

On matters of free speech I dont agree. The wonderful (IMNSHO) thing about the protections in the US is that even though hate groups are allowed to publish, so are my favorite rabbis. I’m a believer in sunshine as a cure here. “Bad” ideas are best exposed, not hidden. Once out in the sunlight they can be countered.

The above is part of why I find “hate speech” laws both laughable and sad at the same time. Generally the laws are toothless but it lets some people feel they have done something about the problem. The thing is, no law will change people’s thoughts.

The wonderful (IMNSHO) thing about the protections in the US is that even though hate groups are allowed to publish, so are my favorite rabbis.

The problem in the US is that they constantly rub one out over free speech and guns but forget that rights/liberties are connected and in isolation are of little use.

Free speech, right to privacy and freedom of press for example are deeply interconnected. While the US has arguably a very liberal implementation of free speech the other, equally important rights, are severely lacking. Mass surveillance and lack of privacy has a chilling effect on free speech and the USA isn’t exactly a shining example of freedom of press, a medium to disseminate speech. 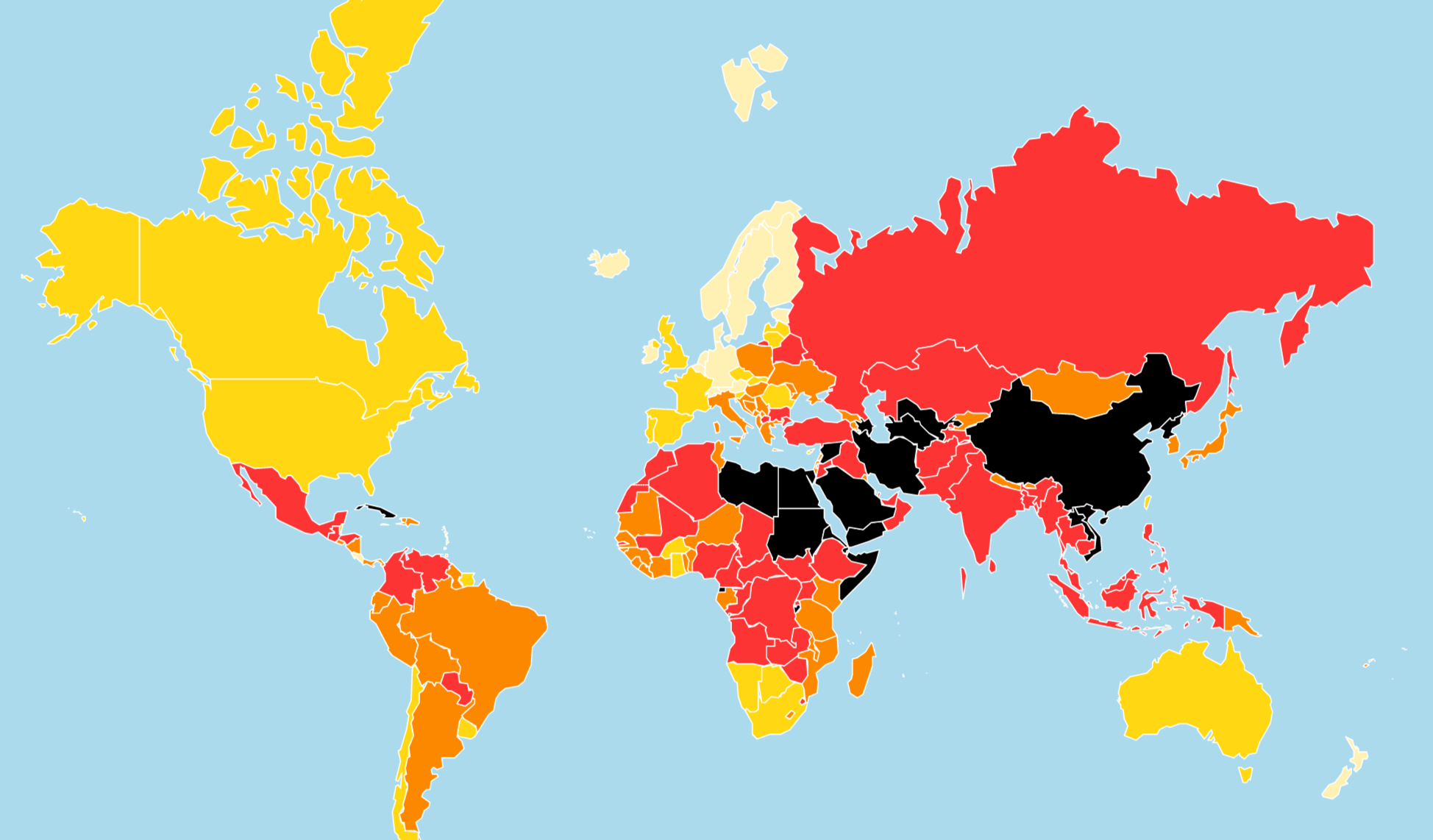 Frank La Rue, the United Nations Special Rapporteur on Freedom of Expression and Opinion delivered this week a landmark report [PDF] on state surveillance and freedom of expression. In preparation, the Special Rapporteur reviewed relevant studies,...

All that other stuff is besides the point. Not really stuff that is in my birdhouse, try @doctorow if you want someone passionate about those.

While the US has arguably a very liberal implementation of free speech the other, equally important rights, are severely lacking.

And have been for a very long time: Elijah Parish Lovejoy (November 9, 1802 – November 7, 1837) was an American Presbyterian minister, journalist, newspaper editor and abolitionist. He was murdered by a pro-slavery mob in Alton, Illinois, during their attack on Godfrey and Gillman's warehouse to destroy his press and abolitionist materials. He attended Waterville College (now Colby College) in his home state of Maine. From 1824 until his 1826 graduation, while still an undergraduate, he also served as headmaster of Colby’s associat...

And continue to be so today:

Documenting the Arrests of Journalists in Ferguson

Last updated: November 26 2014, 10:50 AM EST - 24 journalists arrested On Aug. 13, 2014, police in Ferguson, Missouri, assaulted and arrested two journalists for allegedly failing to exit a McDonald's quickly enough while on a break from covering the...

so are my favorite rabbis

Why wouldn’t they be? Or are these rabbis themselves promoting hate of another social group?

I don’t know about the rest of the world, but FB is becoming a very, very ugly place in the german-speaking world. To be charitable, I assume a lot of that is due to too few “censors” fluent in German. So while it is easy to ban people for the use of swastikas etc, even if used ironically, identifying the actual hate speach is harder.

Or are these rabbis themselves promoting hate of another social group?

In one case, that accusation was made but still his Torah lectures and writing were very good.

To be charitable, I assume a lot of that is due to too few “censors” fluent in German

There are plenty of persons fluent in German, but likely not that they can pay low enough for the work / in the Philippines.

You don’t measure social progress by what you prohibit. You measure it by what you can afford to allow.

freedom of speech may be legally limited* but the jury is still out: the whole concept of jaywalking as a crime is unknown here

* not necessarily a bad thing, the laws and connected court cases give a rather good definition of the limits of free speech, the discussion about the meaning of “hate speech” is much less toxic here

I’m pointing out that if you have to pass a law to suppress something, then clearly, and I would argue that force is the least effective way to deal with it.

You’re talking out of your ass. You obviously don’t have the slightest clue about how Germany deals with this when you think the only thing that was done was censoring hate speech.

I never said that it was.

still have a problem with that thing

Heck it was the Holocaust - we should (and do!) make damn sure that we still have a problem with that thing! Perhaps you and your fellow countrymen should do that too … because you, as a nation, copy a lot from Hitlers How-To-manual lately with all the torture, mass surveillance, jack booted police thugs stuff going on. Make America great again!

Again, I wasn’t comparing the US and Germany. I’ll be the first to acknowledge that the US is much higher on the Hitler scale right now. That having been said, you don’t censor something when you’ve made social progress, you censor something because you haven’t. Progress is when hateful ideas are so marginal that they’re no longer perceived as a threat.

Please don’t read me as arguing that our social system is better than yours. It’s just that I disagree with the concept of state censorship.