I don’t think this is as much about making economic sense as about consequences for the bailout so they don’t just get themselves in the same position again.

Where’s Jennifer Government when you need her?

ETA: I just found her. She’s out back, getting screwed by John Galt.

You should look up the phrase Odious Debt.

Then, look up Moral Hazard, which many large TPP-supporting news media incorrectly accused Greece of, rather than accusing the mafia which lent them money and is now bleeding the country dry. Bastards.

The more I learn about this, the angrier I get.

The headline conjures up images of slot machines on the Acropolis, and I might be missing it, but I’m not seeing the “casinos at archaeological sites” part. The linked article just says: “…This includes introducing toll booths on roads to licensing casino rights to declaring sites of archaeological interest.” The document it links to does mention casinos at the HELLINIKON site–which is a large area slated for major development anyway (and evidently the site of a crumbling airport). I could be way wrong–I don’t really know Greece very well. Are there really plans to put casinos besides ancient ruins?

This isn’t a problem, it’s fertile ground for a good solution!

Find a nice chunk of land in Greece and sell it to the international olympic committee for, mmm, say, 70 Billion Euro. IOC can build a bunch of stadiums, hotels, and other venues, plus some transportation connections, and ring it with security and whatnot, and every 4 years hold the olympics there. After 2 or 3 olympic games it will have paid for itself- the savings going to the cities that would have spent on hosting the games, it would allow the IOC to do their security thing without imposing on residents of some innocent city, and it would provide Greece with a nice one-time boost and an every-four-year tourism boost. win, win, win!

By they you mean the whole Greek people or the small oligarchy responsible of managing the economy for decades?

Because it sounds like the one screwed are the people, not the oligarchs or the investment funds…

The Greeks should send the UK a backdated bill for the loan of the Elgin Marbles.

You should look up the phrase Odious Debt

And read The Shock Doctrine. 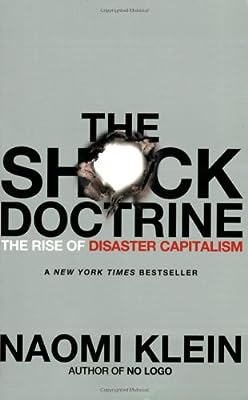 The Shock Doctrine: The Rise of Disaster Capitalism

The Shock Doctrine: The Rise of Disaster Capitalism

who is John Galt?

Sure, it’s quite oppressive. Remember, though, this isn’t the first bailout they’ve gotten, if it isn’t made pretty bad for them they’ll just get themselves in the same state again.

Remember, though, this isn’t the first bailout they’ve gotten, if it isn’t made pretty bad for them they’ll just get themselves in the same state again.

“Hey, if we don’t irreparably cripple this country’s economy then they’ll just get in financial trouble again later down the road!”

I’m simply pointing out the truth you don’t want to hear.

Like hell you are. If what you’ve said here is really what you think, then your understanding of the Greek crisis is about as deep as a plastic baby pool. Have fun splashing around in it, but don’t expect anyone else here to take your efforts to converse with the adults seriously.

Greece didn’t get a bailout.

The banks and the vultures who purchased the Greek debts at 30 cents on the dollar and ended up getting paid for 100% of the debts from this ‘bailout’ got bailed out made out like bandits.
Biggest singly payee country of that ‘bailout’ money? Germany.

Biggest loan forgiven in the 20th Century?
From the Wiki page on the London Agreement on German External Debts
Under the London Debts Agreement of 1953, [Germany’s] repayable amount was reduced by 50% to about 15 billion marks and stretched out over 30 years… An important term of the agreement was that repayments were only due while West Germany ran a trade surplus, and that repayments were limited to 3% of export earnings. This gave Germany’s creditors a powerful incentive to import German goods, assisting reconstruction.

So Germany’s DM30B external debt in 1953 (at the 1953 exchange rate of 4.2DM to the US$) represents a present-day (2014) value of somewhere between $51.1B to $319B - depending on which economic worth is used to calculate - of which half was forgiven and the other half was repaid over a thirty-year span.

Remember, in Germany’s case, the 1953 deal included incentives for other countries to buy from Germany. In Greece’s case, the incentives are to simply buy Greece, for cheap.

And, as the icing on the cake, Germany never returned the wealth that the Nazis stole from Greece. Using that historical calculator above, the amount that the Third Reich stole - just from Greece - ranges from $73.7BN to $534B in present-day US dollars. I’m quite sure that Greece could have made good use of that money after the war.

Germany’s like that proverbial rich kid who was born on third base and thinks he hit a triple.

// yes, the devil IS in the details
/ steps off the soapbox…

who is John Galt?

Not sure, but I remember a persistent rumor that he’s a demigod who at some point rejoined us lesser beings. He’s said to have donned the disguise of a notorious academic named “Milton Friedman.”

First because it makes no sense to sell off valuable assets in the middle of Europe’s worst depression in 70 years.

Capital in the Twenty First Century by Thomas Piketty

The main driver of inequality — returns on capital that exceed the rate of economic growth — is again threatening to generate extreme discontent and undermine democratic values. Thomas Piketty's findings in this ambitious, original, rigorous work...