I would like that in the mouth part of my face. A supernormal stimulus or superstimulus is an exaggerated version of a stimulus to which there is an existing response tendency, or any stimulus that elicits a response more strongly than the stimulus for which it evolved. For example, when it comes to eggs, a bird can be made to prefer the artificial versions to their own, and humans can be similarly exploited by junk food. The idea is that the elicited behaviours evolved for the "normal" stimuli of the ancestor's natural environment, but the be...

I was just at this place today and want to throw a plug out- if you’re within a reasonable distance of this get thee here posthaste!

I love being able to get that stuff at the store

Cursèd are the cheesemakers!

Shelburne does make awesome cheese! Sorry about the barn

So glad to see VT cheddar getting nationwide props

Come visit and take the Cabot cheese tour, where they show you what annatto looks like, and you will also learn that Cabot cheese sold nationwide is sold white, except in the midwest where they need to color it or it doesn’t sell. You’ll also learn fun facts like their cheddar cheese is lactose free, vegetarian, and kosher. Also, lots of free samples.

Well, obviously it’s not meant to be taken literally; it (the curse) refers to any manufacturers of processed dairy products.

To add to this madness, eventually oleo was allowed to be colored and since, due to shortages in real butter, the colored stuff became so, er, normal to people that spring butter, which naturally tends to white, was off-putting. So, eventually butter was colored to look like, erm, butter. And just for grins, I gather it was none other that Napoleon III who called this butter substitute into existence in the first place.

This thread cheeses me off.

And during the war (the Big One - WWII) butter was in short supply, and this new stuff call margarine started showing up on store shelves. But the dairy farmers didn’t like it, because they were afraid that people wouldn’t come back to real butter once the war was over. So they greased (or buttered) the right palms, and laws were passed which prevented margarine makers from dying the normally off-white blocks of oleo that same yellow color as butter. The margarine makers didn’t give up. They started including packets of the yellow coloring in the margarine boxes. Housewives would mix the two, and get the golden buttery color.

I’ll havarti pick my words Caerphilly in käse you Camembert any more puns.

Pass up the chance for bad puns in a cheese thread? You know me cheddar than that.

Well, that was tortured …

But now, you can buy the same cheese, with or without the colour, at an identical price. I find this a little confusing.

Incidentally, this is the Achiote fruit that annatto comes from: 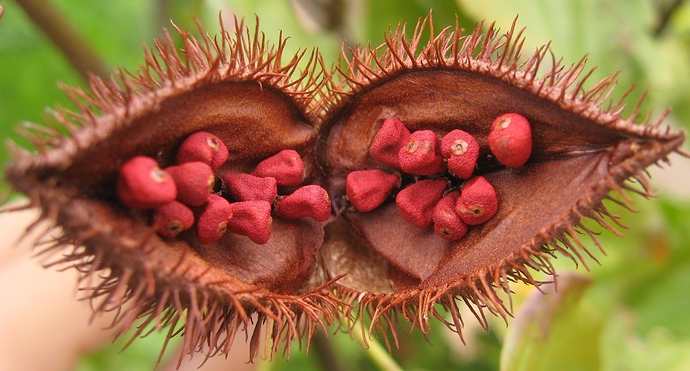 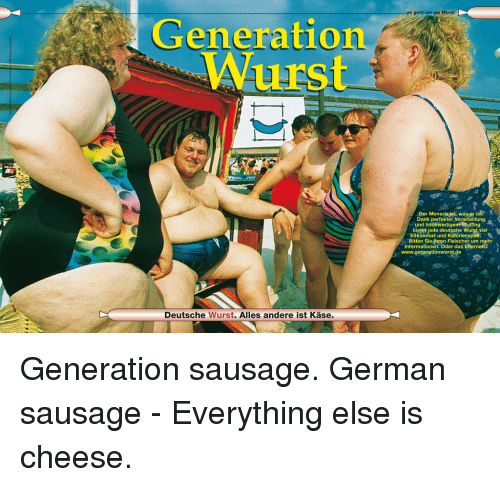 Google maps says 6.22 hours. Not quite reasonable for me, but that said, I’m driving half that time one way to watch a car race this weekend.

Wait, doesn’t the internet have cheese?