Remember PETA literally wants all your pets euthanized and all the animals living in some make believe land in a forest where they live happily ever after.

While I don’t cotton to animal cruelty, animals on a non powered treadmill, fucking, and eating insects sounds like all natural behaviors that wouldn’t harm them.

If it hadn’t been for PETA, I probably would never have seen these videos. Hello, Streisand Effect…

That’s not a backfire, given that PETA most likely couldn’t give a rat’s arse whether you’re seen it per se. What they’re concerned about is how people view stuff like that, and if they’ve chosen a good example, the more people see it with their context attached, the happier they are.

Is that what PETA literally wants?

Contrary to myth, PETA does not want to confiscate animals who are well cared for and “set them free.” What we want is for the population of dogs and cats to be reduced through spaying and neutering and for people to adopt animals (preferably two so that they can keep each other company when their human companions aren’t home) from pounds or animal shelters—never from pet shops or breeders—thereby reducing suffering in the world. 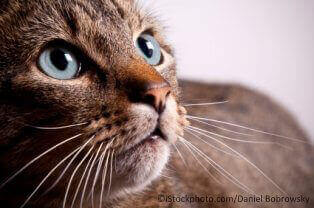 PETA's uncompromising, unwavering views may be controversial, but they are always true to our driving mission: to stop animal abuse worldwide.

Oh well, between PETA saying they don’t want that, Google’s motto of ‘Do no evil’, and Trump wanting to make America great again, I can sleep easier.

Just go look up the percentage of animals they put down vs help keep living. If you like animals there are many better orgs out there who actually care for animals who need it .

Isn’t it enough that I called them dopes?

I want to call PETA dopes and not do stupid shit to or with animals.

"Some people wonder why “surplus” animals can’t simply live in animal shelters instead of being killed. Even if government-sponsored and private animal shelters had the resources to house the millions of homeless animals born in the U.S. each year (and they don’t), “no-kill” shelters do not provide a solution to the problem of companion animal homelessness.

Dogs, cats, and other companion animals need much more than food, water, and a cage or pen. They also need lots of loving care, regular and sustained companionship, respect for their individuality, and the opportunity to run and play. As difficult as it may be for us to accept, euthanasia (when carried out by veterinarians or trained animal shelter professionals with a painless intravenous injection of sodium pentobarbital) is often the most compassionate and dignified way for unwanted animals to leave a world that has no place for them."

My inner child thinks the dogs running at each other but never meeting is funny.

Yes, PETA is filled with holier-than-thou assholes, but that’s the lesser issue here; this installment is a fucked up thing to do, and call it ‘art.’

a video of two pigs covered in Roman and Chinese characters porking each other in front of a human audience from Xu Bing’s 1994 A Case Study of Transference.

Remember when you’re eating that double bacon pork burger, this kind of thing happens on hog farms all the time. Except the animals don’t dress up for the occasion, and typically it’s only a lone (possibly lonely) farmhand in the audience.

Good point. But at least people, when asked, can agree or decline to participate.

I can’t count the number of times I’ve declined someone online only to be included anyways. We might want to master our human rights before we try to apply them to other creatures.

And what you suggest depends a lot on local laws and culture. I could see it being acceptable in some situations, and my sister is wheel chair bound with very limited ability to communicate or comprehend. The newspaper people are nice enough to ask my parents before they take her photograph though, I’m not sure if that is simply courtesy or a legal requirement.

hmm. this represents, i think, the first time i’ve ever disagreed with one of your posts. i can see the artistic merit in the installation. i agree it is somewhat extreme but sometimes it is necessary to push the boundaries of expression in order to make the larger artistic point. in some ways this falls into the same league as chris burden’s “transfixed” which saw him nailed to a volkswagen and driven through the streets.

note, i am not trying to persuade you of the artistic merit of the installation above just defining the realm of my disagreement.

Disagreement isn’t a bad thing in and of itself; and I have enough respect for your point of view that I’m not at all ‘disappointed’ if you don’t share mine.

BUT, as an artist, I find this installation pointlessly cruel to the animals involved; and that lack of compassion outweighs any artistic merit, IMO.

in some ways this falls into the same league as chris burden’s “transfixed” which saw him nailed to a volkswagen and driven through the streets.

Not really; unless Burden was strapped to the vehicle involuntarily. The animals in the exhibit had no choice in the matter.

sometimes it is necessary to push the boundaries of expression in order to make the larger artistic point.

Sometimes it’s necessary to do unnecessary shit to animals because you have a point to make.

the works show graphic and cruel depictions of animals.

Graphic also means “vivid or explicit,” as in “a graphic sex scene.”

While I don’t cotton to animal cruelty, animals on a non powered treadmill, fucking, and eating insects sounds like all natural behaviors that wouldn’t harm them

The thing that bothers me with the dogs is that it’s not natural for them to be in such a prolonged state of aggression. These aren’t dogs out for a run they’re trying to rip each other’s throats out.

Abusing animals is not cool. Forget the Guggenheim. If that’s the kind of thing you’re into, do a Google image search for “puppy mills” or “pit bull fighting”. It ain’t pretty. The dogs in question were put in a situation where they were expected to try to fight each other, even though the harness/treadmill prevented it. Maybe I’m overly emotional about it because my wife and I rescue abused dogs. Still, this type of thing shouldn’t be celebrated.

In my view, the biggest problem here is not the entirety of ‘the dogs are used in art’. I don’t think it would have been particularly noteworthy if it was part of some sort of video recorded exhibition that represented a short period of this activity, but chaining dogs into treadmills for long periods of time and antagonizing them pushes it over the edge. No idea what the parameters here were though.

Edit: I would also add that ignoring PETA is always 100% the right thing to do. That doesn’t mean that they can’t be right, but that their opinion should be disregarded entirely. If another organization or group comes forth with the same one, then it can be considered.

I think I have a photo somewhere of my last dog pressed against a window with the same look of frenzy on her face that some of these dogs are showing. I should display it on a wall and call it “Dogs That Cannot Touch a Squirrel”