Guy's phone gets stolen, so he makes a film from spyware photos and videos on a new phone

Some things I love about the video:

Victimhood as art, or a social experiment? 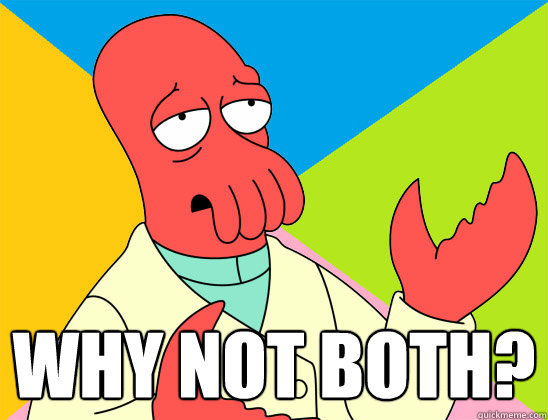 Those things stood out to me too. I loved how so many people tried to stop the phone from getting stolen.

Does theft or receiving stolen goods cancel a right to privacy…? I’m inclined to think the viewing public would imagine so.

I already know how much information a thief would obtain from my phone: next to none, thanks to:

So yes, I’m behind seven proxies, b*h. At this point, anyone under 50 who stores their life on an unprotected phone deserves a huge amount of ridicule. Along with recovery assistance, of course; I’m just snarky, not an ahole.

I don’t think that theft/receiving stolen goods directly cancels a right to privacy(it’s not as though there’s a ‘no privacy for filthy property criminals’ rule on the books, though it’s a popular line of argument); but that most constructions of ‘right to privacy’ are founded on the idea of privacy being protected within ‘private contexts’(which are often hazily and sloppily defined; ‘reasonable expectation of privacy’, ‘3rd party doctrine’, ‘plain view doctrine’, ‘is something visible through the wall via FLIR cam the same as something visible through the window in visible band?’, etc. etc.); but it is pretty much impossible to find anyone who constructs the right of privacy to be absolute(which is fair, since the concept of being ‘in public’ has been a more or less undeniable empirical reality since somewhere close to the beginning of recorded history; though there has been some recent attention to the fact that neighbors-and-passers-by ‘in public’ are different than a comprehensive automated surveillance apparatus ‘in public’).

If you are using a stolen phone, you are going to have a much harder time establishing that you have a ‘reasonable expectation of privacy’ or that it is your ‘persons, papers, or effects’, or whatever your jurisdiction’s local equivalent is. You could have an entire truckload of stolen phones and still retain the same (pitiful shreds) of privacy that everyone else enjoys on the phone you own, being a thief doesn’t fundamentally change your privacy status; but privacy protections for the data you voluntarily put into someone else’s system(and, unlike 3rd party interactions with service providers, medical systems, etc. without any sort of contractual relationship or interaction recognized by society as essentially mandatory; and thus worth providing special protection for)? Not so much.

I can imagine that more privacy-friendly jurisdictions might be sympathetic to recipients of stolen property(at least the ones closer to the ‘naive mark’ end, rather than the ‘fence’ end of the spectrum); especially if overtly hostile or voyeuristic applications of increasingly cheap ‘sacrificial’ phones and similar electronic devices were to become popular.

The thief is a generally unsympathetic figure; and some receiving-of-stolen-property is so overtly sketchy that it is hard to pretend that even a fairly dim subject is doing it in good faith; but plenty of stolen hardware likely changes hands under circumstances not obviously sketchier, at least to the non-expert, than the stuff on the low end of the used market; and I can imagine that it would be a mite controversial if someone decided to seed a bunch of bugged phones, architecturally similar to this setup; and then mine the most lurid of whatever sexting/dirty-immigrants-using-stolen-property-to-watch-porn-and-sponge-off-welfare/whatever seemed most likely to cater to audience demand.

This film example is pretty tasteful and restrained; but it doesn’t take a whole lot of imagination to come up with applications of the same techniques that would be markedly less pleasant; and quite possibly profitable given the low cost of handsets and the potential appetite for the product.

(By way of example; let’s say that some…person…(and I use the term loosely) decided to become the James O’Keefe-equivalent to a suitably receptive audience; maybe PEGIDA or ideologically similar outfits. I don’t have any reason to suspect that the assorted immigrants, refugees, and asylum seekers they’d be gunning for are atypically criminal; but the poor and displaced are pretty obvious customers of cheap telecommunications equipment, since they have the same communications requirements as everyone else, plus a desire to keep in touch with friends/family they may have been separate from, and not much extra cash to do so; and since the point is an intellectually dishonest hit piece, it doesn’t matter if an embarrasing percentage of the stolen phones end up with lily-white natives rather than filthy foreigns; that’s what selective editing is for; all that is required is that enough end up in the right place to get you some footage to work with; so it would be fairly surprising if they couldn’t get enough devices into the right wrong hands to have something to work with; and whatever doesn’t’ fit the narrative can just be left on the cutting room floor.

Plus, since smartphones tend to bleed data about both their users and their users’ contacts/associates; there would be a wide variety of options for ‘audience participation’ to drum up attention around the main media product; with some see-no-evil and officially-not-encouraged-encouragement of doxing and harassment of the ‘characters’, their families, charities and aid organizations they might have been in contact with.

You’d need to be one hell of a cold-blooded shitbag to try it; but I bet that it would work chillingly well.)

His expletives when people he thinks are obvious phone thieves stand near the phone but don’t actually take it.

I particularly liked the guy that took a rock and left the bag. It’s almost like he was fucking with the filmmaker.

Another reason I love traveling outside the US: cops that not only don’t laugh at him when he reports the theft, but help him obtain the CCTV footage, even though nothing came of it.

ETA: Interesting ending. Seriously creepy and touching at the same time. This could be the start of a real-life Dead Man’s Gun Voyeur’s Phone anthology.

I am not convinced that the man that he stalked for so long is really the thief. Could have been an innocent buyer. The thief steals the phone, turns it off, throws away the SIM card, and sells it online. The buyer is just a regular person. How’s he supposed to know the phone was stolen?

And in the police report, did he tell the whole story? “I tried to get someone to steal this phone for 5 days, 4 in Rotterdam, and 1 in Amsterdam. And just as I had given up, somebody really did steal it”.