Due to rampant poverty and disease. I’m very familiar actually. I care a lot about hair. Single locks are sometimes lumped in and there are all kinds of bad ideas people have had with caring for hair… very true. But generally dread locks refers to a specific kind of hairstyle. There’s this tendency to lump things together, if one hairstyle has locks for one reason it must be the same thing as another hairstyle with locks. But a single french braid is not the same thing as box braids, etc.

I hear it all the time.

That doesn’t make you correct; though.

It just means that you’re parroting the long-held misconceptions that come from people who… wait for it… appropriate the culture of other people, without any legit knowledge of or respect for that culture.

Don’t be ‘that guy’; there’s already a huge surplus of them out there.

but if I don’t correct everyone I hear calling a matted knot a dreadlock it doesn’t make me a horrible person.

Of course not, and no one, including @Melz2, is saying anything of the sort. But if you insist on having the last word against someone who’s a member of the culture dreadlocks are originally associated with, you might want to reconsider your approach.

Maybe we can just refer to matted hair as “Matlocks.”

I could actually get behind that.

It’s really not worth it.

It’s really because you have privilege to dismiss it, being white, male, and empowered.

Oh c’mon. We’re debating the exact definition of a hair style . It’s really not worth it.

There are countless microaggressions that happen to every POC in the US, damn near every day of their lives.

Thanks for illustrating yet another one as it was happening in real time, as you deign to tell me what is and what is not ‘important…’ to you.

I’m done derailing here, as this is all only tangentially related to the actual topic.

Jinx, I owe you some coke.

It’s really not worth it.

And yet, here we are…

Jinx, I owe you some coke. 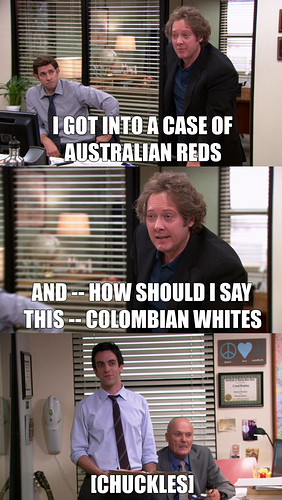 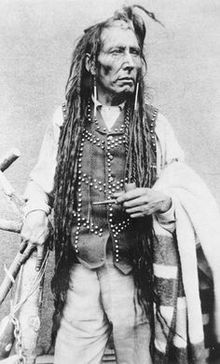 Dreadlocks, also locs, dreads, or in Sanskrit, Jaṭā, are ropelike strands of hair formed by matting or braiding hair. Earliest depictions of dreadlocks date from over 2,000 years ago. Some of the earliest depictions of dreadlocks date back as far as 3600 years to the Minoan Civilization, one of Europe's earliest civilizations, centred in Crete (now part of Greece). Frescoes discovered on the Aegean island of Thera (modern Santorini, Greece) depict individuals with braided hair styled in long dre...

And I’m not trying to get the last word, just illustrating the hair style is older and more widespread than any one culture can claim as their own.

And I’m not trying to get the last word, just illustrating the hair style is older and more widespread than any one culture can claim as their own.

YET MANY THINGS THAT ARE CULTURAL AND PARALLEL ARE STILL CONSIDERED CRITICAL IDENTIFIERS OF THAT CULTURE.

who is seriously considering locking my own hair once I reach a certain age. I’ve been doing my research for quite some time.

I know this is getting even more tangential, but what is it about reaching a certain age that has you considering it? A celebration? Ease of maintenance after a certain investment of time?
I am sincerely looking forward to my hair going white because I’ve always enjoyed sporting some bright colored hair on occasion, but don’t like to bleach away the brown, so rarely do. I’m seriously considering going full on rainbow once I reach a certain age

I know this is getting even more tangential, but what is it about reaching a certain age that has you considering it?

I don’t cut my hair, outside of trimming the dead ends twice a year. (It’s both a cultural thing and a family thing.)

Locks are a serious commitment, once they’ve taken root, they have to be cut off if the person rocking them decides they want to do something else.

Ergo, I’ll wait to lock up; having fully made sure that I’ve had a chance to wear every other hairstyle that I want to try first.

I am sincerely looking forward to my hair going white

Funny you should mention that; for me ‘locking up’ and “going silver” are likely to happen simultaneously.

I was just having this discussion yesterday. Iam looking forward to going grey, so I can not have grey hair. If it fades fast, then all the more fun I can have with it.

And culture is not static, it’s continually mutating and shifting.

I regularly see people misunderstanding comments on the web, it is difficult to always know tone or intent, particularly if we’re trying to keep our comments brief. I mull over the idea of cultural appropriation a lot because I don’t think it’s clear where the boundaries are, and even people within a specific culture will disagree over what is acceptable or not. The fact that I might disagree with you or @Melz2 doesn’t mean I think less of you, nor is expressing my opinion (or perhaps “thinking aloud”) an act of microaggression or disrespecting a culture-- the debate has to happen, if not with me then with a million others who are less aware of the issue.

The real question is: what exactly does “culture” mean in the 21st century when the world is becoming homogenized?

I’m not sure the genie can be put back in the bottle with respect to the word “dreadlock”, any more than I can stop people from misusing the phrase “begs the question”, or the government of France can stop their citizens from using non-French words in their everyday conversations.

That’s the thing-- often gray hairs are dye-resistant, so they will fade faster than the rest of your hair. (Guess how I know…

Even the “European” ones?!?

Oh, I dunno, being biracial, I kinda feel like I can wear those too without it being ‘cultural appropriation…’ since, ya know, that’s my culture too.

As a ‘Mixed’ person born in the US, my experience has been that I was encouraged to embrace the more Anglo aspects of my heritage, and to ‘ignore’ the the Afrocentric and Native American aspects, as much as it was possible.

It took me until I was a full grown adult living on a different coast for me to learn to love my hair in its natural state. Now ‘going natural’ is a whole movement in the Black community, and many of my friends and sorority sisters joke about me being one of the ‘first forerunners.’ So yeah… to me, and many people who look like me, it’s kind of a big deal that is ‘that serious.’

One of the white dread-locked roommates I mentioned DID decide to “undread” her hair and it was another completely labor-intensive thing, with friends spending hours combing out her shoulder-blade length hair. I think it was 18 hours, total.

My guess is that it hadn’t gotten to the ‘rat’s nest’ stage yet, if she was actually able to comb it out at all.

Naturally straight hair doesn’t have any coil to it, and that’s why the process of ‘locking’ the individual strands is so highly problematic for ‘less melanated’ individuals; without some other binding agent, the segments of hair don’t tend to stay 'locked."

Also, those interested in enlightenment about the (not actual) topic, you’ll note that I avoid calling them “dread-locks”; that’s intentional because the term itself has taken on bigoted, negative connotations for many island folks.

Also, those interested in enlightenment about the (not actual) topic, you’ll note that I avoid calling them “dread-locks”; that’s intentional because the term itself has taken on bigoted, negative connotations for many island folks

This makes a lot of sense to me, I’m glad you posted it. Sounds like this is a good solution. If the word is ambiguous and has negative connotations, why use it at all?*

*speaking for myself here only

Now to be clear, there are many people of African and Caribbean descent who don’t feel that way, and still refer to the style or even people who wear the style as ‘dreads’. (Just like not all Black folks are offended by the n-word being used amongst ourselves, while some of us still feel incredibly offended.)

I personally stopped using that qualifier when an older Jamaican gentleman who sported a lush, gorgeous crown of locks schooled me that there was nothing to fear or ‘dread’ about his hair; that it was merely a negative slur that colonizers used to try demonize island folks.

They (the hair) were named out of fear?
That I did not know, and that’s fucked up, if unfortunately not surprising.

an older Jamaican gentleman who sported a lush, gorgeous crown of locks schooled me that there was nothing to fear or ‘dread’ about his hair

Ah, he informed you that his lock-ness was no monster.

{Thank you, I’ll show myself out now.}