I’ve always seen a spiritual lineage between the Happy Mutants and Gaines’s Usual Gang of Idiots.

Spoken like the best manager – “My staff and contributors create the magazine. What I create is the atmosphere.” — I am totally using that line from now on. It is what my boss does for me … and what I try to give to my team. And in the end if it doesn’t work - shrug your shoulders and say -

As a kid - I soaked up every single bit of each MAD magazine issue - learning very quickly that even the margins have something to see.

Good point!
I think Gaines would have fit in quite well into our Usual Gang of Mutants.

As a kid, Mad magazine was the only way I knew what happened in popular movies - though what I gleaned may have been just a tad distorted…

My oft deranged and deeply misunderstood older half sib was crazy about gore comics. I found his retelling of a said comic more entertaining than the comic itself. May the great Comic Con in the sky keep them well & safe.

I’ve always seen a spiritual lineage between the Happy Mutants and Gaines’s Usual Gang of Idiots.

Well, that’s a kinder analogy. Any kinship with EC comics as well? 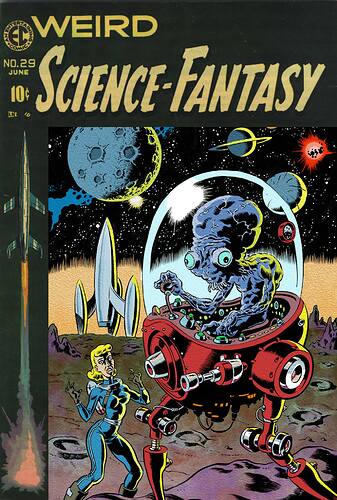 A podcast that offers a skeptical look at the great conspiracies of today and the not-too-distant past.

Bill Gaines… a god among men.

As a kid, Mad magazine was the only way I knew what happened in popular movies - though what I gleaned may have been just a tad distorted…

Did a movie review of Burton’s Batman before it was released locally for high-school English that owed a fairly heavy debt to the musings of Mort Drucker and Stan Hart. Got an A for it too.

"To defend his work, Gaines testified at a Senate Subcommittee on Juvenile Delinquency […] "

Ages ago I read excerpts from the transcripts of this (probably in a book or paper about comics) and bits of it still rattle around in my brain.

In a perfect world, EC would’ve survived and become biggest comic publisher in America. If EC stayed in business, I think comics as a medium would be viewed with a similar respect as novels.

People would intrinsically understand that comics can tell ANY story, regardless of genre.The comics code basically made the industry wholly reliant on superheroes, and consequently framed the public perception of the medium as one goofy genre.

I can remember standing at the magazine rack (long gone) of our neighborhood (still there) drug store (also long gone) asking my mother if I could have a copy of Mad. She showed it to my dad and they leafed through it and approved. This might have been 1957 or so, and I became a regular reader. 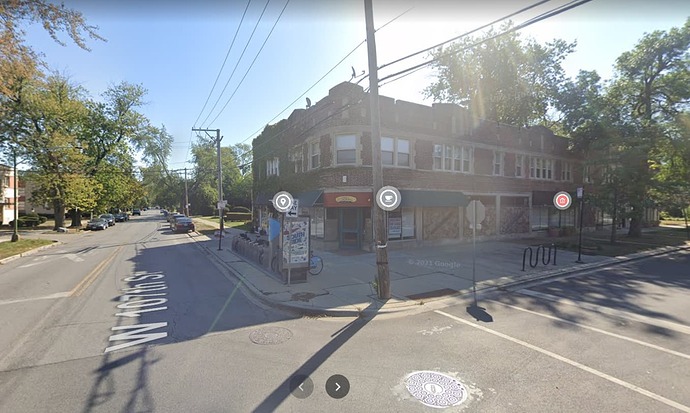 I love Mad magazine. Having said this, maybe I’m overthinking things, but why exactly are we wishing a happy 100th birthday to somebody who died thirty years ago?

IIRC when he died, they found he had a mint collection he carefully saved of all the old EC comics. Some of the highest grade samples to survive.

While we’re at it, let’s wish a happy belated birthday to the still very much alive Al Jaffe who celebrated his 101st birthday a couple of weeks ago on 13, March. 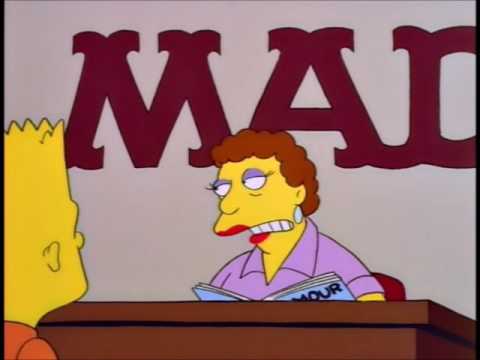 (They sure managed to pack a lot of references in to just a few frames, that’s for sure — Spy vs Spy, Don Martin, Dave Berg, Jack Davis, and Angelo Torres all make animated cameo appearances.)

the musings of Mort Drucker and Stan Hart

Oh yes. I saved*) so much pocket money on cinema tickets while still being able to hold up my own end in schoolyard discussions that way.

*) To blow on other things, not to pay into my savings book. Like imported comic books and TDK SA-90 cassettes and other essentials.

As a kid, I read a biography of Gaines. One of the odder stories, supposedly true, is that throughout the year, Gaines and the staff would add to a list of the people that had slighted them in some way, then invite them all to a big year-end bash. The bash would include flat pepsi and stale crackers, terrible music, etc., and one year included a hired biker thug to stand blocking the bathroom door all evening.

Sounds a bit urban legend-ish, but who knows, the biography was pretty crazy in general.