Hasbro, makers of Dungeons & Dragons, in trouble, downgraded to a "sell"

Originally published at: Hasbro, makers of Dungeons & Dragons, in trouble, downgraded to a "sell" | Boing Boing

I don’t play MTG but from friends of mine that do (or rather: Used to) really look at the current scene with absolute contempt. I’ve noticed that Hasbro has been pushing for tons of nonsensical brand/IP crossover cards for MTG, most of them would never work for regular games or competitions so it’s just a cash grab trying to lure in nerdy collectors or fans of whatever IPs. Doesn’t seem like MTG could be salvaged unless a very fundamental and thorough change happened, and in a way that would excite old fans. I doubt that would ever occur under Hasbro.

As far as D&D goes i think there’s still a lot of potential and interest with the upcoming edition change, but i am very worried that their plans are indeed to push hard into getting people locked into spending money on micro transactions on their site. I mean it’s already the case in D&D Beyond, they gate a lot of content and features unless you spend money. As such my D&D group has firmly stuck to Roll20 and i can’t see that changing any time soon, plus it also runs games and systems that are not related to D&D which is more versatile.

I can’t say that Hasbro is doomed but they haven’t earned a ton of goodwill lately, and i’m not sure they fully understand the nerd or TTRPG market they cater to.

I’d hate to see D&D fall into the hands of a private equity bust-out artist. The game would live on but it would be a sad end for a beloved brand.

Ok - not being a gamer, those initials had me wondering…

It’s in the article

now owners of Magic: The Gathering and Dungeons & Dragons

Due to COVID and isolation, both MTG and D&D experienced significant market growth

Tsk! Only an amateur reads the article before the comments!

At least it’s too late for them to get into NFTs.

(People aren’t still trying to push all-new NFT ventures for things that should not be NFTs, are they?) 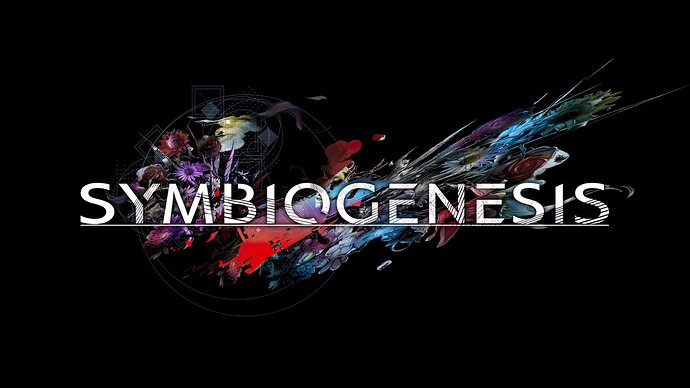 Symbiogenesis is described by the publisher as a "new franchise"

People aren’t still trying to push all-new NFT ventures for things that should not be NFTs, are they?

Yeah they really are still 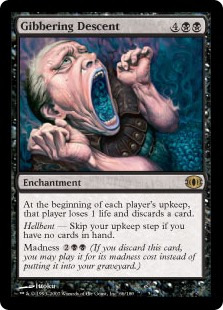 I thought of Square, but I figured they’d committed already themselves some time ago to the point where it was too late to pull back.

It’s never too late to stop, but they seem to be commited

Square has had a long standing reputation for being… difficult and arrogant. I used to be an admin in a decently sized gaming community ages ago and one of the other admins was an American that lived in Japan and worked as a translator, and did the occasional job for gaming companies and he had nothing good to say about working with Square. Them being out of touch and doing NFTs sadly seems about normal.

I can’t say too much bad about Square Enix - about 10 years ago I sold them a domain name with the agreement that for 6 months they would redirect emails to the address I had at that domain to my Gmail.

Over 10 years later, it’s still redirecting. I wonder sometimes what kind of weird internal controls are keeping that going - to the best of my knowledge they no longer use the domain, just sit on it

I don’t play MTG anymore, but I have heard the rumblings that they have pumped out too much too fast and a lot of it not good, and they are sitting on stock because of it.

D&D is doing well, but the whole subscription concept they seem to be cooking up to 6E makes you go hmmmm… Are they going to make it like Fortnite, online character and map creation, free to play, you need a “battle pass” to get seasonal access to content, or pay extra for access to expansion content (new classes, races, weapons, monsters, etc). A lot of people are just going to keep playing 5E (or keep playing Pathfinder or other editions.)

On the toy front, there is a lot of frustration with price increases and inconsistent prices. Their Haslab projects have been swing and misses either by “Why would you make that version?” with Ghost Rider or “Why is that price to damn high?” with the Rancor, “Who?” With the new 3rd Sister lightsaber. All with stretch goals that were un-enticing - they all failed. People might throw premium prices at items they have a really strong connection to, but others are going to have to consider such things a “good deal”. They seem to have a disconnect about what collectors are passionate about and the price point they are willing to pay.

When did Wizards of the Coast sell out? Ohhh…Hasbro bought them. TIL

At least it’s too late for them to get into NFTs.

(People aren’t still trying to push all-new NFT ventures for things that should not be NFTs, are they?)

Good? News! Hasbro were all over that shit! They had a thing where you had to buy an NFT to get a specific Power Rangers toy, and licensors did some NFT collections that I assume went over as well as the Star Trek one seems to have, given I only found out about the Transformers one when randomly clicking around TFWiki.

When did Wizards of the Coast sell out? Ohhh…Hasbro bought them. TIL

Hasbro have owned WotC since 1999, it was only a couple of years after WotC acquired TSR.

Hasbro have owned WotC since 1999, it was only a couple of years after WotC acquired TSR.

Wow…I am so far behind.

It’s not like roll20 hasn’t had all of the same problems that people are complaining about for the 6e online software functionality. It’s a buggy mess that has always been a UI nightmare that is only interested in making profitable improvements, and the best thing the subscription offers is the higher data cap for decent art assets. They also want you DRM locked to their marketplace.

The D&D one will be extremely expensive but if D&D Beyond is the example it will at least be a pleasant luxury user experience.