Hatred of cowbells is grounds for denial of Swiss passports

Holy cow, that’s grassroots democracy. Hell’s bells, I would print myself business cards after being this as “annoying campaigner”.

On a more serious note, hopefully, this furthers the discussion a bit. Cowbells are very loud, and not attached to the back end of a cow. I can see why some people worry that this might actually cause pain, and hearing loss…

I think the point here is the “annoying” part. Not the hatred of cowbells part.

The linked article is from January 2017 and the story was mentioned in this post too:

The little bit that I’ve heard about becoming a Swiss citizen* makes it sound like the giant HOA from hell.

tl;dr: To become Swiss you must show that you are “integrated in your community”. The Confederation delegates the question to the requestor’s commune because we believe in direct democracy, not giving up our voice to unaccountable central government.

If you want to be a vegan anti-cowbell campaigner, and you have an ounce of common sense, you will move to a community with other vegans and anti-cowbell campaigners before requesting citizenship. A good choice would be the commune of Lausanne, which has a very cosmopolitan point of view about what it means to be well integrated. Probably she would have gotten citizenship if she lived in any big city, in fact.

That’s Switzerland for you

Switzerland is a Jus Sanguinis country

Switzerland has a fever, and the only prescription is …

The little bit that I’ve heard about becoming a Swiss citizen* makes it sound like the giant HOA from hell.

Basically, yes, because people forget that it isn’t “Switzerland”, but Confoederatio Helvetica. It’s even more federal in nature then Germany or even the United States, an association of communities who administer their business, thankyouverymuch.

She received the Swiss citizenship without problems in April 2017 after appealing the decision because there were no legal grounds to deny it.
The people of the small and very rural village were understandably annoyed because of her ongoing attention seeking behaviour regarding miscellaneous animal rights topics. But they knew that she would be granted citizenship if she would appeal.

Yup. Following it up I found this for English speakers/readers: 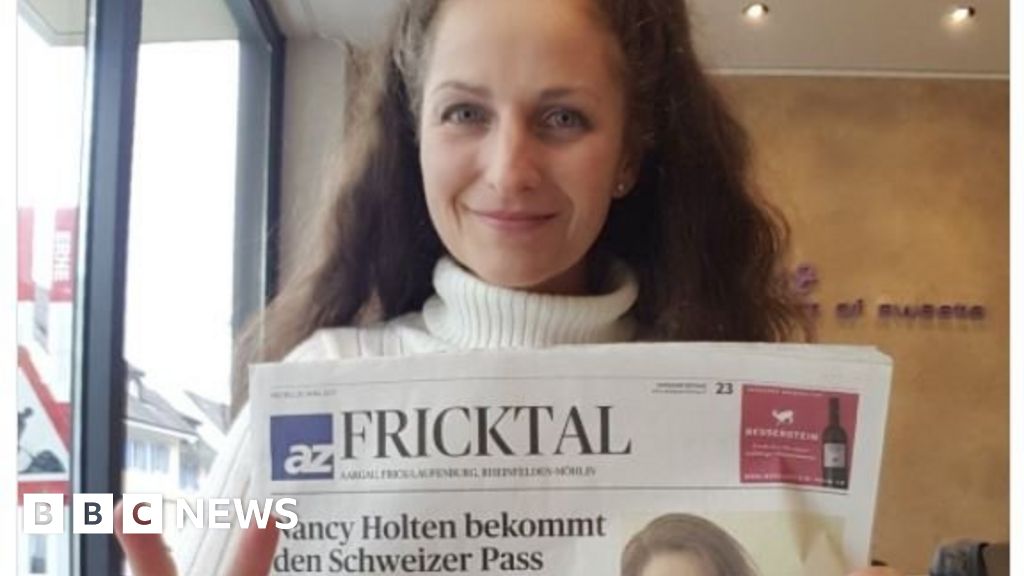 Vegan Nancy Holten gains a Swiss passport after initially being denied one for her views on cow bells.

Strangely enough - integrating is not really supposed to mean enjoys cowbells and Schwingen but more ‘is not an Islamic terrorist’, ‘will respect the constitution’ and ‘can communication in writing and verbally in one of the local languages’ and ‘takes part in the economy or education’,

…by being incredibly annoying to a lot of people admittedly but that’s politics/activism for you.

A foreign vegan who hates your traditional bells - yeah - that really does seem like a 10 on the Godfrey sale of annoying.

From what i remember looking up some time ago, bells on animals can increase their stress levels and even cause some degree of hearing damage depending on the loudness of the bell and frequency it makes noise (yes, bells on cats is typically not a good idea).

I don’t know exactly how loud cowbells are but it’s a fairly superfluous practice to begin with, and if it affects their happiness or wellbeing it seems like its an easy decision to forgo tradition. But whatevs, i’m not Swiss nor a farmer so i have no skin in this game.

It’s even more federal in nature then Germany or even the United States,

That’s becasue it is a confederation, not a federation.

A confederation (also known as a confederacy or league) is a union of sovereign states, united for purposes of common action often in relation to other states. Usually created by a treaty, confederations of states tend to be established for dealing with critical issues, such as defense, foreign relations, internal trade or currency, with the general government being required to provide support for all its members. Confederalism represents a main form of inter-governmentalism, this being define

A federation (also known as a federal state) is a political entity characterized by a union of partially self-governing provinces, states, or other regions under a central federal government (federalism). In a federation, the self-governing status of the component states, as well as the division of power between them and the central government, is typically constitutionally entrenched and may not be altered by a unilateral decision of either party, the states or the federal political body. Alte...