Hell on Earth: how to imprison a person for 1,000 years

The basic purposes of imprisonment: deterrence and punishment would be solved, and since reform has proven not specially successful…

I’m not sure I agree with that last part. “Reform” isn’t especially successful under the punishment-focused U.S. justice system, but it seems to work pretty well in places where they actually take the idea of rehabilitation seriously.

With those technologies combined, you could sentence someone to 100 years in prison, but they could do their time in ten and instead of sitting in a cage getting raped/raping or learning how to be a better criminal, they could each have a rehabilitation program specifically tailored just for their needs. There could also be education along with “virtual” family visits.

Yes, they could even learn how to knit.

But what about the rest of the world? I’m not american or in the US. In my country, reform programs are poorly funded and in practice, innefective.

I’m not american or in the US. In my country, reform programs are poorly funded and in practice, innefective.

They work in places where they’re taken seriously and fail where they’re not. I don’t think it’s fair to abandon an approach that was never really attempted.

To be fair, that point was mentioned in the interview, only using an example of a period of 900 years (through life prolonging treatment) rather than 25.

I have not clicked through but I also assumed the point was to provoke thoughts rather than promote it as a solution. However in case we are wrong I have decided to go look at pictures of capybaras instead. Florida's Brevard Zoo has had a flood of births over the past few months, including a litter of Capybaras! The zoo's Capybaras are a mixed group, with juveniles from previous births as well as a new litter. The six new...

When Americans talk about torture, they often assume that they will be the ones who will be doing the torture, and then try and look at the ethics or reasons for torture from that point of view. They rarely talk about it from the point of view of being the person being tortured. A person who may or may not be guilty. Who may or may not have, “the information” before the “ticking bomb” goes off.

They like to create the perfect scenario to justify their actions, but from that come lesser and lesser excuses for torture.

Look at this idea from the point of view of someone who committed an offense. What if that was you? What if the people doing the punishing are wrong, or politically motivated? One man’s terrorist is another man’s freedom fighter.

So many of us are too far away from the abuses in the current system. The reason that some of our rights were built into our constitution is that our forefathers saw how things like cruel and unusual punishment were used on their friends and associates.

Funny you should mention Kant.

Anyone wasting time on 'retributive justice" isn’t a philosopher, they’re just a wanker. And yes, I had plenty of philosophy professors who were into “retributive justice”, and every one of them was a wanker more interested in playing word games and listening to themselves talk than actually figuring anything out.

They were the same guys who, when presented with a simple, logical rebuttal to one of their assertions would say things like, “Yes, sure, but doesn’t it just seem like blah blah blah.”

Curiously, these guys were as or even more likely to derive from the Anglo-American camp than the Continentals. I suppose it’s just a function of character, and the domination of American Universities by Anglo-American school philosophers.

You don’t punish someone to make them suffer.

And virtual hells are immoral. What kind of psychopath would sentence a person to eternal punishment?

We’re going to have to have an intergalactic war over this, just like in Surface Detail, aren’t we?

What effect would feeling like you were incarcerated for 1000 years have on a criminal’s mind? IMO that falls under cruel and unusual punishment. Saying someone is getting out of punishment by dying is cold and immoral. Dying, never to again taste freedom in ‘the land of the free’ is just as bad as watching the world pass you by. Biggest difference is dying is cheaper on the system.

Incarcerating people for crimes is a waste of time. They learn nothing and either come out with new criminal skills and contacts, or are institutionalized and are not able to reintegrate into society. There are those who should be removed from society because they are too dangerous (murders, rapists, etc), but for public safety, not punishment.

So many crimes these days are victimless. No one was hurt, yet someone is in jail for it. It almost constituted thought crime! It is a huge waste of money and resources (2 million+ people locked up is a wasted resource).

Surface Detail (an Iain M. Banks Culture novel) has “induced eternal hell-in-the-mind” as its dominant theme. With very deep consequences far beyond what can be captured in a comment…

Unfortunately, because of our “Christian” history, a very large percentage of people in the United States do believe that the purpose of justice is to visit suffering. It’s a grotesque failure of our primary school system to be sure, but it’s hard to concentrate on that when we have supposed PhD.s in Philosophy promulgating this garbage.

I say we make The Running Man for real, or make a Cube and televise that. Cube is a 1997 Canadian science-fiction horror film directed and co-written by Vincenzo Natali. A product of the Canadian Film Centre's First Feature Project, the film follows a group of people as they cross industrialized cube-shaped rooms, some rigged with various traps designed to kill. Cube has gained notoriety and a cult following, for its surreal atmosphere and Kafkaesque setting and concept of industrial, cube-shaped rooms. The film received mixed reviews, and was followed by two sequels. ...

What kind of psychopath indeed… 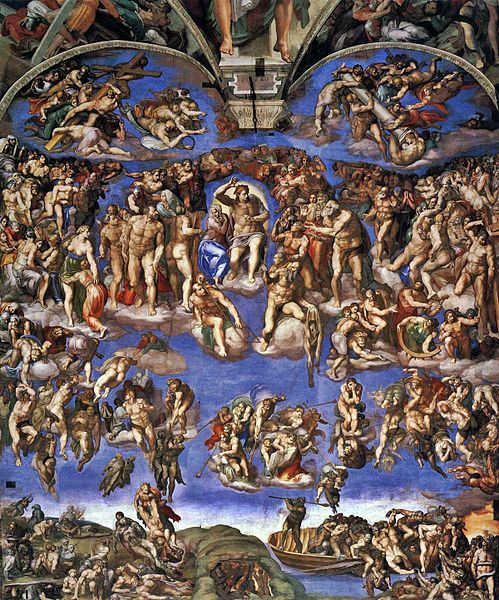 All it does is torture someone.

I cannot fathom why this was not immediately obvious to “Philosopher Rebecca Roache.” A drug explicitly designed to increase the suffering of a prisoner tenfold? How could this be seen as anything other than torture - in fact, the worst torture ever designed, if it actually existed.

So. Somebody expresses the desire to torture somebody else for a thousand years… and we award them the title “philosopher?” I can think of other, more descriptive terms.

I think this informs us more about the economics of Oxford University UK than it does about human morality - take money from any wealthy sponsor as a tax deduction (it costs them next to nothing to donate by reducing their tax burdens) and in return the University will find some poor soul on a fixed term contract to explore the craven notions of the donor whilst ploughing overheads into the central administration. You have to hope that the money they got for conducting this ‘research’ was much greater than the cost of hiring the person and the rest of the money was put to good use providing actual education to younger students.

No more posts like this on Boing Boing! This is supposed to be a happy blog. This kind of post in inappropriate.

The constitution prohibits cruel and unusual punishment. Now I know why it includes both words.

life extension for punishment is crap, using drugs to confuse the brain to make longer days, are another form of refined and hideous torture.

Thank you. By this far in the thread capybaras were exactly what I needed.