Well, given that if they did a referendum now, Brexit would handily lose given the large number of former supporters who realized they were lied to

The Remain camp claimed a Leave vote would lead to a mass exodus of companies from the UK, falling house prices and, in one case, World War III, neither side covered themselves in glory. In fact, polling since the referendum has been very mixed as to whether there’s been any significant change in public opinion.

According to the people who brought us neverending autosatirical performance that is Brexit - no.

The Brexiteers who demanded Parliament was supreme and needed to regain its authority are absolutely furious that a court has interpreted the constitution and found that Parliament is supreme.

‘Well what is the point of referendum if it needs approval by parliament?’

They have no point in the Parliamentary system run by the United Kingdom in that they can only be advisory.

It was a stunt by Cameron to contain the Europhobes within his own party and call UKIP’s bluff. He gambled the entire future of the nation that he’d win, but with a small enough margin that the EU would have to accommodate some idiotic demand or another dreamt up in Number 10.

As for subverting the will of the people. It’s a terrible indictment of British democracy if we can’t see that we’re looking into an economic abyss that will hurt the most vulnerable people with high inflation, falling living standards, trade imbalances and a collapsing currency. A mature democracy would back off and admit the costs of leaving the EU far outweigh any sovereignty arguments made by ideologues.

That won’t happen either.

HFS, UK politics confuses the hell out of me.

Sorry I totally get what you mean to tell I don’t want to even argue. It’s just that this whole bloody mess seem totally absurd. I mean what we essentially have here is an international crisis that started off as a result of an attempt it resolve an internal conflict within one single party. Also a political system that doesn’t know how to deal with a result of a vote organised by the very same political system.

I don’t know if it is mature or not, but sure seems silly.

Well it comes down to this doesn’t it. Elites knowing better what’s good for masses than masses themselves. Except in this case we have two groups of elites fighting it out.

Well it comes down to this doesn’t it. Elites knowing better what’s good for masses than masses themselves. Except in this case we have two groups of elites fighting it out.

I wouldn’t go that far.

But just because 97% of scientists agree on the danger of climate change doesn’t mean you’ll convince more than half the masses that we should do something about it.

It would be nice if there was a proper balance where vital decisions requiring an education weren’t left up to those easily swayed to vote against their interests. 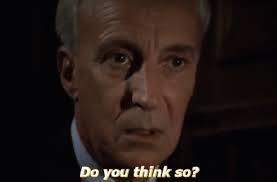 Agreed… Same here in the US, actually.

Lack of knowledge on important issues and tendency of public to be swayed one way or another are well known problems inherent to democracy. Heck, it’s been like that since the inception of concept back in ancient Athens. The exactly same arguments have been used to argue against democracy for ages. Still is elite any better? Is there any way to guarantee that elite will not go and to some absurdly stupid thing? And back to my original question, why even call a vote if you don’t think that public has a capacity to decide on the matter?

Bonus points for the reference to original series. It made my day!

No. Even if you can define an oligopoly succinctly, it’s just not that simple. Things rarely are that simple, and if you believe they are, you’re falling it to the same trap as HM Government.

Government lawyers had argued that prerogative powers were a legitimate way to give effect “to the will of the people”.
But the Lord Chief Justice, Lord Thomas of Cwmgiedd, declared: "The government does not have power under the Crown’s prerogative to give notice pursuant to Article 50 for the UK to withdraw from the European Union."
The three judges looking at the case found there was no constitutional convention of the royal prerogative - powers used by ministers - being used in legislation relating to the EU.
They added that triggering Article 50 would fundamentally change UK people’s rights - and that the government cannot change or do away with rights under UK law unless Parliament gives it authority to do so.

Two conflicting ideas of what the Government can and cannot do, one based on Parliamentary sovereignty; the other based on the notion of the Government exercising prerogatives of the Crown.

Been watching it lately. It’s really a great show and it helps me better understand the British political system a bit more. I also like to compare it to the American version.

At some point, I should read the books, too.

If that were actually the case, we wouldn’t be leaving the EU.

I must say I am fascinated by the whole concept of Parliamentary sovereignty. Especially in comparison to popular sovereignty.

Oligarchy doesn’t have to act in unison.

The Remain camp claimed a Leave vote would lead to a mass exodus of companies from the UK, falling house prices and, in one case, World War III,

"mass exodus of companies from the UK"
Check. (Except in cases of special, secret sweetheart deals for companies.)
"falling house prices"
Check. (Especially once banking would leave London. A good chunk of the country’s real estate value would be expected to evaporate.)
"World War III"
They mixed up the election of Trump with Brexit there.
Seriously though, the Remain arguments, if anything, didn’t go far enough in predicted doom.

They just have to offer those to everyone and it’ll be just fine!

Parliamentary sovereignty is a well defined concept in British law. The broader abstract concept of “sovereignty” is a piece of jello that one is expected to nail to a wall.