I would give that kid a job, if it weren’t for pesky child labor laws.

“I wanted to be a police officer because I love danger” jazz hands.

That kid is awesome!

Somebody get Roker on the line, STAT. We got another one coming up in the ranks.

I hope that after he becomes a millionaire soccer player policeman he’ll still find time in his schedule to do the occasional weather report. 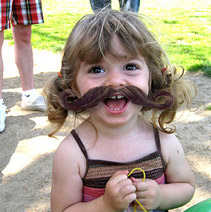 If I had a kid who wanted to grow up to be a police officer I’d wonder where I went wrong. The kid’s so called charm is lost on me.

And then one day, he finds a fireman’s axe… and joins forces with a dinosaur soldier… and the rest, as we know, is history.

Yeah, I don’t think kids are quite as aware of the police situation we’re facing. Kids tend to still regard police in the vein of action procedurals and movies- where cops are the good guys.

You can’t hold kids to the same standards, man. Lighten up:)

This is true: That kid goes to what was my grade school. When I went there it wasn’t an “academy.”

When I went there it had about 50% us middle class kids, 25% very rich kids from the Chicago lake shore and 25% poorer kids from back neighborhoods. Now I suppose it’s almost entirely upscale since the neighborhoods gentrified.

I got such a good education, for example in English, that I skated through it in high school and got test college credit.

In any case ya gotta figure that they sent this kid precisely because was a character and class clown.

Presumably, he wants to be a policeman when he grows up so that he can help and protect people, like police are supposed to do. Which is a pretty honorably and selfless trait in a child that young. So I would consider myself a proud parent for teaching my child such great values. But, you know, whatever. Fuck the police and all that, right?

This is 2014/15. I presume the kid watches TV and sees cops in action on the news dressed like the paramilitary they are: shields, bats, helmets, gloves, knee pads, tazers, gas, pepper spray, cannons, armored vehicles, etc. Where is the neighborhood cop walking the beat he might have come to know and want to emulate? They don’t exist.

When you are a white kid from a well off family (well off enough to pay 7-ish grand a year for elementary/middle school), that’s the only kind of cop you’re ever likely to see. You think that kid’s parents are letting a kid that age watch the Missouri riots on the news, or that a kid that age even cares about the news?

I remember listening to the adults talking and sometimes arguing about what was going on in the news and politics and watched the news just because it was on but stuff that I saw sometimes made an impression on me. I guess we’re to assume in his home and family’s social circle nothing of any consequence or current events are ever spoken about? Having said that, I realize there are people like that.