Houston family calls 911 when dad has psychotic episode; now sued by the deputy who killed him

Supreme Court rules that police do not have constitutional duty to protect person from harm, even woman who obtained court-issued protective order against violent husband which made arrest mandatory for violation; decision overturns ruling by federal...

There are a couple examples. Just do a search for more. A motto is a nice, but not legally biding. Google’s is “Do No Evil”. Right.

But anyway, yeah, if your in your house screaming you’re being killed, or something worse, like a Sandy Hook or Columbine thing, they are under no obligation to bust in and save the day, putting themselves in harm’s way.

I would like to think that many cops out there would do “the right thing” and risk themselves for their fellow man. In my eyes that comes as part of the job. But I wouldn’t bet my life on it. This is one reason why some people have a heightened interest in self defense.

I’m thinking if you don’t want to be put in harm’s way in a dangerous profession like law enforcement, perhaps you should go be a florist, librarian or greeter at Wal-Mart.

That doesn’t always go as planned. 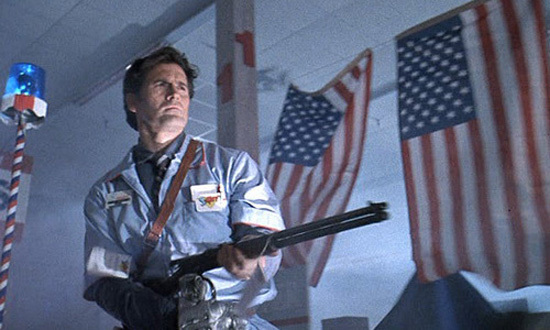 Even if they took the cop to court, I’m sure he “wouldn’t fare well in prison”…

Thanks for the information, that is truly eye opening.

Another question. In both those cases the ruling was that the police weren’t obligated to be dispatched to investigate a situation. Do you know if they have have an obligation to intervene if they are actively witnessing a crime of violence taking place? That might be the differentiating factor.

“Just because you paid protection money doesn’t mean I’m under any obligation to provide protection, in any broad sense. It just provides protection against me.”

OK, I sort of vaguely understand this, I think. Let’s say there’s a situation involving, say, a crazy person with guns and hostages. The police don’t want to be legally obligated to bust down the door immediately in every circumstance, yet sometimes taking a more measured approach will lead to a bad outcome. They don’t want to be liable in those situations.

But it will cost the family the price of an attorney.
His bills were already covered.
He’s just mad because his victims didn’t cash in their homeowner’s policy for him

Eh, all that case really does is bar people from suing incompetent police. It’s totally sensationalistic to interpret that as a general statement that “the police don’t have a duty to protect you.” The policies, tactics and procedures of just about any police department will disagree with that premise. Plus, that case is only applicable in DC.

That shit cracks me up.

I hope she countersues and wins every penny this sorry excuse for a police officer owns.

It’s important to note:
He’s not suing the wife who called 911 who he claimed did wrong somehow - Nor is he suing the Paramedic who called for backup - He’s suing the Mother-In-Law who wasn’t there or involved BUT whose name is on the mortgage/homeowner insurance policy.
-AND-
The cops lawyer said the woman should’ve just forwarded his letter about the deputy’s claim to her insurance company in the first place rather than waiting for the hassle of a lawsuit.

See, this isn’t the cop protecting himself or his actions - nor a mode to increase 911 caller responsibility. It’s merely an attempt to exploit some people to grab money from an insurance company who’d probably’ve settled quietly (and raised the lady’s premiums) - But now this shit went public and the cop and his lawyer look like dicks.

Also of note: The woman’s lawyer took the case pro bono, asked for sanctions against the cops lawyer for filing the case, and sadly, imo, has vowed to quit law in disgust if the cop wins.

“To Serve and Protect” is the motto of most police forces, it would be a shame if they weren’t required to do either. If you are correct then this is an eye opener for me.

Sadly, it’s true. I had the same assumptions you do. Turns out we’re wrong.

“Just because you paid protection money doesn’t mean I’m under any obligation to provide protection, in any broad sense. It just provides protection against me.”

That’s a worker’s comp case. His employing agency should have covered these events/injuries.

"In his sworn statement, the paramedic, a field training officer with the Cy-Fair Volunteer Fire Department, says he requested a deputy to respond “priority 1” to the situation and instructed his partner to tell dispatch they were pulling out due “to an extremely violent patient.” Most importantly, Spradlin states that he talked to Pullen before he entered the house, explaining “what had happened and that we had retreated from the scene for our safety.”