How badly do streaming services rip off musicians? A chart, updated

I can think of one way artists can make good money from streaming services: forbid the services the rights to your music, then sue the $#!t out of them when they do it anyway.

It all depends on whether or not they have the copyright and publishing rights to their music or if their labels do. Obviously, in the case of fully independent artists, the former is more likely, but not necessarily for artists on labels (even independent labels).

I would love to see a comparison with services like Band Camp and whatnot. [ETA] do unsigned artists make more off services like that or patreon?

One thing that this doesn’t cover is songwriting royalties vs. performance royalties.

We often hear about how pop stars complain about all of this, but this is often because THEY DON’T WRITE THEIR OWN MUSIC. In the case of songwriting royalties, we often get more than the performing artist because it is assumed that the performing artist can make up their money through performing live and otherwise. The royalties listed are per stream for pure performance and nothing more…I mean, the artist can negotiate other perks like exclusivity and special features for the various services, but more often than not, the songwriters are still going to make more.

I still get checks and they are decent for not doing anything in the last decade. And I’m cool with the whole rent seeking aspect of copyright because fuckers could write their own music if they don’t want to pay me! Isn’t hard…get a pen and write, anyone can do it.

Honestly, I think a lot of these sorts of posts really are about trying to complain about these services and paint them in the worst light as possible without doing real research into the game. I mean, back in the day no one got rich off the radio either…they got rich selling albums, touring, or licensing their work to other mediums.

I use Pandora regularly. My favorite unsigned artist (Julian Velard) has numerous songs on a channel there. I do not expect he will make any money at all from me listening to him on Pandora, so I ensure my support of him in other ways. I see his show every time he rolls through my area. I buy his music independently, as well as merch when it is offered.

If you like something, be a patron of it.

So how exactly does this data show that streaming services are ripping off musicians? Maybe they are, maybe they aren’t… but this pretty chart does nothing to help us know.

Do you think that musicians should be compensated for their labor?

An unsigned artist would typically own all the relevant rights, wouldn’t they? I mean if they are covering somebody else’s song, then they don’t own those rights, but if they own the song and their performance, i would think they have total control.

My question is how this compares to earnings from radio plays? Is it worse?

Do you think that musicians should be compensated for their labor?

I notice that radio is conspicuously absent from this analysis.

Fun fact: the ‘old’ way of having the song played on the radio would get the performance artists (if they did not write the song) a big fat 0. If they also wrote the song, the most likely take home would have been 17 pennies.

I was curious about this, and after 20 seconds of lazy googling found the info below. I am happy to be proven wrong with proper/up-to-date information…

https://www.quora.com/How-much-does-an-artist-typically-make-each-time-their-song-is-played-on-the-radio
"In the USA, larger commercial radio stations pay 12¢ per play, college stations pay 6¢ per play. Half that money goes to the publisher, the other half goes to the songwriter (or songwriters). So if the artist wrote their own song and owned their own publishing company the maximum that they can make is 12¢ every time their song is played."

So, hypothetically, if your radio station is in a major metropolitan area, it can probably reach ~1 million people. Lets round up to needing 3 stations to play a song to reach 2.4 million people. That’s 36 cents. Lets also be generous and assume that the publisher/label does take only half. Congrats on your 17 cents made.

http://blog.songtrust.com/publishing-tips-2/what-you-didnt-know-about-radio-royalties/
Oh, and to top it off, those 17 cents go to the songwriter.

Yes, but there are 2 charts (for unsigned and signed). The rates are higher for signed, because the artist is most likely in debt to the label (depending on the label, of course).

My question is how this compares to earnings from radio plays? Is it worse?

That’s a good question. The person who owns the copyright/publishing rights gets paid (and that’s not always the same as the performer, of course):

Compensation for internet plays was modeled on radio plays, except that streaming services aren’t as well established as a business model, where as radio most certainly is. These are not really new issues in the industry and it’s part of what the independent revolt of the 1970s and 1980s was about.

At this point, streaming hasn’t proven it’s ability to turn a profit for the people who run the streaming services, and certainly not for the musicians.

You weren’t asking me, but I’m going to answer anyway.

I think the compensation is mostly fair. The streaming services are mostly not very profitable. It costs a lot of money to run something on the scale of YouTube and Spotify.

Secondly, the hard part for most artists isn’t getting paid, it’s getting noticed. They don’t have to put their music on these services but they do because the value is in promotion, just like radio.

Would you pay more for streaming music? I probably wouldn’t. I pay for Google Music and Apple Music and it’s hard to say if it’s worth the $200 / year that I’m paying. It certainly isn’t worth more than that to me.

If you are getting 2.4 million plays on YouTube, you likely have a similar amount on other services. If you have enough fans that you are being played five million times, you have a big enough fan base to make a very good living performing live. Kevin Kelley’s 1000 true fans essay is as true today as it ever was.

I think they should be fairly compensated.

I’m just saying this particular chart does nothing to advance the discussion other than show payout rates per play. The rest of the numbers are interesting but only tangentially related to whether artists are fairly compensated.

Can artists set their own rates for each service? Is this perhaps the larger issue, that their choice is either 0 or the pre-negotiated rates? Somehow I think the large signed artists get additional compensation?

It’s my understanding that Spotify isn’t quite the villain it’s made out to be when it comes to paying artists. They seem to pay out at least 70% of their revenue to rights holders. Yes, they take 20 - 30 % for themselves, but retail stores selling CDs have historically taken this level of mark-up. Apple, for example, takes 30% from their app store sales.

This article breaks down a leaked contract from a few years ago. Maybe the contracts have changed since that time, but I really doubt the labels have eased back any. If anything, I’d say the opposite. 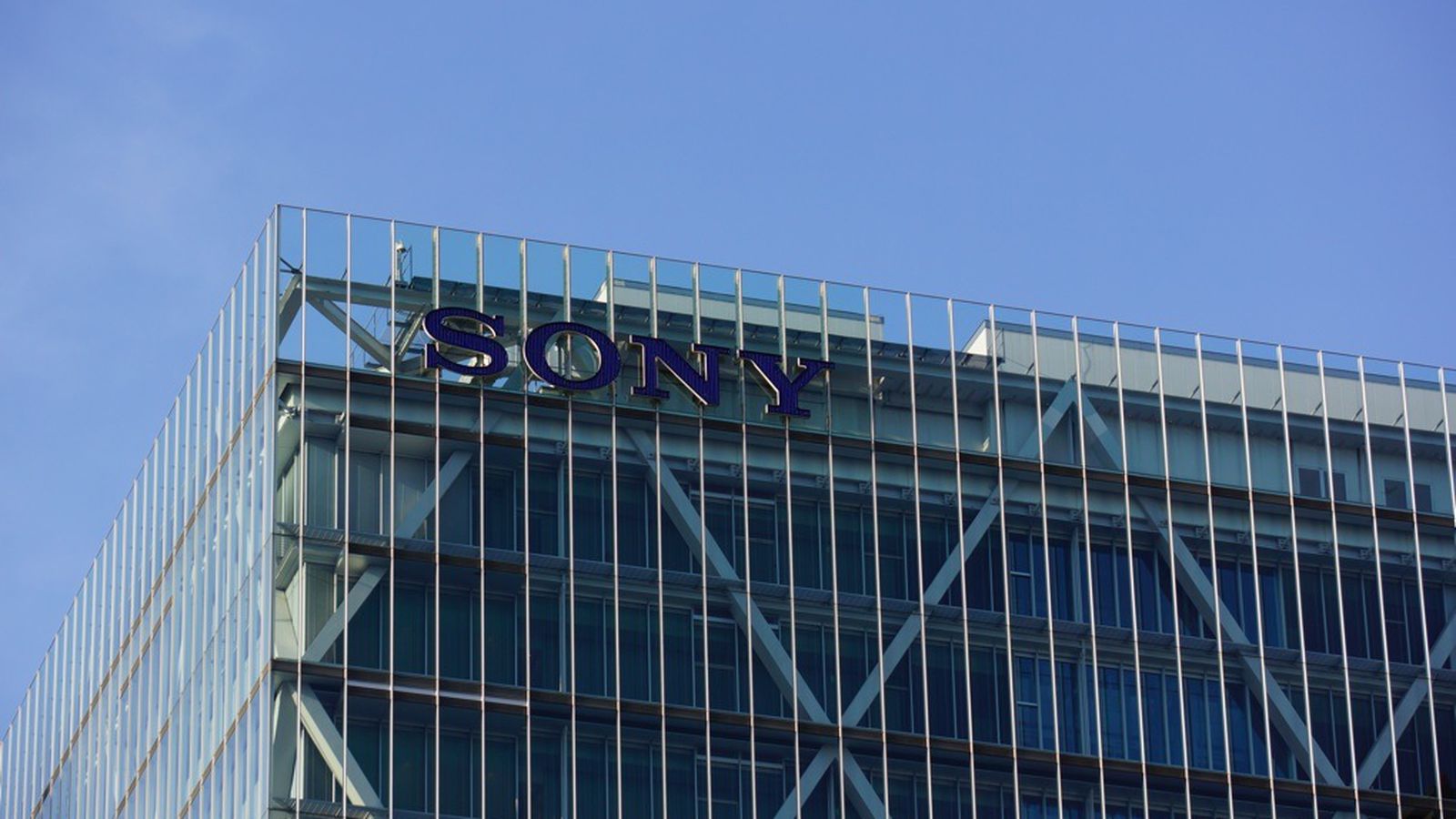 This was Sony Music's contract with Spotify

Over the last year the music industry has been in flux as artists, labels, and streaming services jockey over the best way to build the future of their business. Taylor Swift pulled her catalog...

If artists are being paid pennies, they need to take it up with their labels. The labels have always fleeced musicians and streaming services are just another source of revenue for them to exploit.

I note that in the article, all streaming services are losing money. In the new capitalism, all companies lose money. It is a feature. The idea is that only finance gets a profit (because the value of the shares increases) and everybody else loses. In the case of streaming services, the artists and employees.

Really. I am not going to explain much more, but I have seen enough companies not turning any profit for years while some people do get rich to understand that it is a system. Why bother actually making profits, building things and offering services, while the purest form of capitalism just dispenses with these impediments?

In the new capitalism, all companies lose money. It is a feature.

Oh come on now. You don’t really believe that, do you?

If it were true, we would still have Rdio, BitShuva, Grooveshark, SoundCloud, Rhapsody, Last.fm, and soon Tidal.

You weren’t asking me, but I’m going to answer anyway.

That’s why we have these here comments, right!

The streaming services are mostly not very profitable.

Is that the musician’s fault? But really, in what other business would we say that it’s okay to short change the person making the product for sale, because the person doing the selling to the public isn’t making a profit? This only seems to be the case for creative fields, where people making a product (a sound recording, a film, or a book for example) are expected to work for “exposure”. That ignores that getting to the point of having a product is not easy and is indeed an act of labor. Some musicians spend years in school learning their craft. Musicians deserve the same financial compensation for their work as anyone else.

It costs a lot of money to run something on the scale of YouTube and Spotify.

Then a radio station? Who do you think has higher overhead, overall, in terms of real world costs? Someone who runs a radio station has to pay for rent/lease and utilities, they have to pay their on air talent, the people who run the station on the back end, promotion, etc. But they still manage to pay more per song than streaming services.

Would you pay more for streaming music?

I tend to pay for physical hard copies of music, precisely because I’m aware of how little streaming offers artists - with independent artists, that means they get a much larger share. I don’t go to shows as often as I like to, but I try to do that too, in order to support musicians I like.

If you are getting 2.4 million plays on YouTube, you likely have a similar amount on other services.

Maybe. The question is how much is Youtube or whoever making off uploads of artists music vs. how much are they paying per play?

What is fair, (and does this vary by individual artist?)

That’s a good question which has been at the root of people who make a living by making music. The industry has a long history of being rather unfair with artists regarding compensation.

Do the streaming service compensation rates meet this fairness standard

In all cases, each play is much less than pennies on the dollar. Radio stations pay out much more (.12 in some cases).

Can artists set their own rates for each service?

I don’t think so. And of course signed artists are going to have a more effective way of dealing with the business end of things, because labels will make blanket deals with streaming services.

Somehow I think the large signed artists get additional compensation?

They do - it’s there in the charts, but it’s only a tiny fraction higher.

If artists are being paid pennies, they need to take it up with their labels.

I can’t disagree with that, but note that this is about both signed and unsigned artists. Signed artists only get a tiny amount more than unsigned. It’s almost insignificant a different.

But @AndreStmaur is not wrong in that all of these companies listed are still losing money, not just Tidal.