How did they party in ancient Sparta?

Originally published at: How did they party in ancient Sparta? | Boing Boing

I went to one of those Greek parties expecting all kinds of debauchery and excess but it was really a rather Spartan affair.

Preparing for battles or killing helots to keep the rest in line.

Granted, I’d be the guy off in the corner petting the lion cubs…

On the way home(r) did you stick to the public streets or walk a Path anon.
(yeah the spellings off but it’s all I got!)

Except one of those days when they were having a plague. 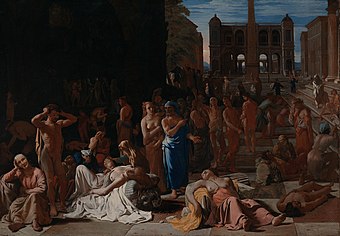 The Plague of Athens (Ancient Greek: Λοιμὸς τῶν Ἀθηνῶν, Loimos tôn Athênôn) was an epidemic that devastated the city-state of Athens in ancient Greece during the second year (430 BC) of the Peloponnesian War when an Athenian victory still seemed within reach. The plague killed an estimated 75,000 to 100,000 people, around one quarter of the population, and is believed to have entered Athens through Piraeus, the city's port and sole source of food and supplies. Much of the eastern Mediterranean Th...

Or a tyrant or a lawgiver like Draco.
Or a freeborn woman.