How Eratosthenes calculated the circumference of the Earth in 200 BC

I also recommend this book: 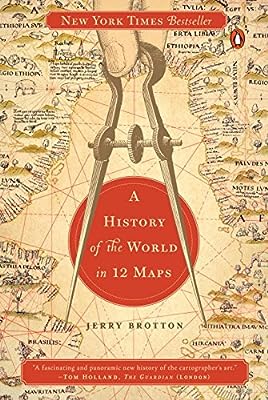 A New York Times Bestseller   “Maps allow the armchair traveler to roam the world, the diplomat to argue his points, the ruler to administer his country, the warrior to plan his campaigns and the prop ...

Eratosthenes and Ptolemy are discussed in the first chapter.

The book is a good read, lots of geekery to be had about map projections, Eratosthenes, the Cassinis’ mapping of France, etc Some depressing parts too. Religious oppression played a big role in what was on a map, whether the universe was geocentric or heliocentric, even which projections to use. And hint: people needed maps of regions because they were interested in exploiting those regions’ natural resources and people.

This is ridiculous! Everyone knows that everyone knew the Earth was flat until Columbus proved it was round! That was in 1492! What, is Eratosthenes a time traveler! INSANE!

I’ve heard this explanation more than once, and every version finesses the question of how Eratosthenes knew the position of the sun 500 miles away with the necessary precision.

Did he actually need trig though? Couldn’t he have just traced the shadow with a chalk mark and then laid the pole flat on the ground at one end at a right angle to it and construct the hypotenuse with another chalk line? There’s your small angle right there on the ground. Copy it the emergent 50 times - essentially reproducing Howard’s final ‘pie’ - and you’re done.

I’ve been reading about measuring distances on an astronomical scale recently, and it’s pretty simple. Basically all you need is trigonometry and very few assumptions, usually that the bodies are spheres and orbits are circular. Distances to the closest stars are just parallax shift measures between 6 months. To get further out, you have to assume that stars with the same spectra are equally bright, and that know that light intensity falls off at the square of the distance. (Again trigonometry.)

The part I haven’t figured out yet is how to identify errors and correcting them, like that the Earth is an ellipsoid, or that orbits are elipseses.

Everyone knows that everyone knew the Earth was flat until Columbus proved it was round!

And Instgram has taught me that everyone still knows it’s flat.

…knew the position of the sun 500 miles away with the necessary precision.

The Sun is always in the same place.

What do you mean?

I agree. Trig is an unnecessary complication. He would only have needed similar triangles from basic geometry.

Well he knew that the sun fell directly down the well on the solstice at noon, and he knew that the well was south of him. He simply had to trust that the distance between the cities was accurately measured. All he had to do was measure his own shadow. As far as knowing about the well, it was relatively famous as a curiosity.

Interestingly the measurement is pretty accurate given the methods at the time. Namely the assumption that the Earth is a sphere and that the well is on the tropic. It’s not, but the shadow is imperceptibly small at practical sizes.

What, is Eratosthenes a time traveler! INSANE!

I’m sure that there’s a site with a photograph of him holding cell phone or something.

Learned people knew that Columbus’ idea that China was just on the other side of the Atlantic was FOS.

…and all he had were primitive tools!

How condescending. I guess he’s a scholar of Greek math, not Greek poetry or Greek philosophy or what actual Greeks did. It’s the same mindset that holds the primitive (i.e. African) Egyptians couldn’t possibly have built the Pyramids. Ancient people were often quite sophisticated. That’s why we needed a Renaissance.

This was how I learned the story back in High School. Such a great series (Link is to a clip from the original Cosmos)

Do we know that Eratosthenes explicitly assumed the Sun’s ray’s were nearly parallel, i.e. that the Sun was very far way? Just curious.

Anyone who accuses ancient cultures(or just about any other nontrivial population) of being stupid are stupid; but it isn’t a huge stretch to describe classical Greece as having ‘primitive tools’.

At risk of drawing the wrath of any linguists happening by, I’ll agree that they had access to language of more or less contemporary sophistication(even pidgin acquires the trappings of a full natural language within a handful of generations of native speakers, at most, humans just seem to do that; and the only other major advance is a written representation, which they had); but aside from that, what would you propose for things done by Greeks that are not primitive compared to things done by people who have access to things done by Greeks; plus substantial subsequent work?

It’s not a “Lol, Aristotle sucked at logic!” thing; but an “a set theorist who is also familiar with Aristotelian logic is pretty arguably more advanced at logic than Aristotle was” thing.

Measuring the shape of the earth is a great excuse for a road trip. About a decade ago, my son and I did this between OR and Baja California, taking a solar elevation measurement each day at about solar noon.

Just imagine the untapped mineral resources we could obtain by drilling a hole through the terrestrial circle near the edge; and carving away at the giant brownish mountain thing(that mysteriously has neither water nor visible biology, despite proximity to both).

A theory so advantageous to the extraction industries surely deserves a place of honor in our educational system.

The big issue is measuring the angle of the pole’s angle AT THE SAME INSTANT AS THE WELL’S BOTTOM IS ILLUMINATED 500 miles away.

No prob! Just call your buddy on his cell phone… oh wait! No cell phones in BC times!

The only way I can figure to do it is to measure the pole’s shadow at the same time on the same day that you know the well’s bottom is illuminated, which was probably a well-known fact (or may have been measured by Eratosthenes himself a year earlier to eliminate ‘alternative facts’ blurring his calculations). And, you have to assume that all other things remain unchanged.