The R Value should scare the crap out’a most people, but then you have those pesky Anti-Vaxxers…

an·ti-vax·xer
ˌan(t)ēˈvaksər,ˌan(t)īˈvaksər/
nounUSinformal
a person who is opposed to vaccination, typically a parent who does not wish to vaccinate their child.
“experts say several diseases that are avoidable are making a comeback due to anti-vaxxers who refuse to vaccinate their kids”

If preventing the spread of communicable diseases is really worth it, then how come Dr Jenny McCarthy is against it?

She has an Indigo child. You wouldn’t understand.

Speaking as someone who has grown up with developmentally broken people (my aunt on mom’s side, my adopted sister… technically me. Most of the school i went to.)

Vaccination is worth that risk. EVEN IF they caused autism in a small percentage of children. That is still not worth what we are letting back into the world. It is not worth following the quckery of a discredited paper from a now former doctor that is now not allowed to practice anywhere due to his license being revoked from trying to scare people from vaccination to sell home autism kits and his own brand of vaccination…

Who the hell am I fooling? I want to find that shitbag, tie him and jenny mccarthy together, and feed them to flesh eating ants after subjecting them to the sounds of children dying from the diseases they allowed to come back because they wanted MONEY.

I hear this year’s flu is particularly nasty.

then how come Dr Jenny McCarthy is against it?

I think her doctorate is in mathematics or physics – not a medical doctor.

The not-so-subtle message of ‘autism is worse than dying’ is fucking galling.

Of course, modern anti-vaxxers claim to be against vaccines because of the ‘toxins’, which, as far as pernicious nonsense goes is also hard to fight.

She has an Indigo child. You wouldn’t understand

Here’s the thing that’s doubly troubling for me.

I’m a neurologist, and I work with special needs kids on a routine basis. I also have some extended family members who carry the ASD diagnosis.

The “jokes” posted about Barron are cruel, stupid, and abusive. And Barron --like any politician’s child – didn’t ask for any attention; he should be granted the privacy and dignity he deserves.

(That said, if a patient of mine displayed the behavior and said the kind of crap that DT routinely says, they would almost certainly be diagnosed with narcissistic personality disorder.)

But here’s the troubling aspect:
I started wondering in 2013 whether DT might have a child with Autism Spectrum Disorder. Not based on any video footage – I’d never seen any of Barron. Rather, it was based on the Donald’s own words. On Twitter. As far back as 2012, he’d started tweeting angrily, sometimes in ALL-CAPS, about the supposed (actually completely debunked) link between VACCINES and AUTISM.

This was out of character for DT. All his other tweets fit easily into just a few categories:

He had never displayed an ounce of concern about either public health issues or pediatric health before. Why this all of a sudden?

The timing of the start of his tweets could fit with a child receiving an ASD diagnosis, or perhaps with a father’s delayed acceptance of the diagnosis.

Subsequent to that, he has continued to tweet about the supposed autism/vaccine link. He ranted about it during the GOP debates. (In one of that debate’s more shameful moments, neurosurgeon Ben Carson failed to put the issue to rest, instead showing either an inability to stand up to DT or a shocking degree of ignorance about the topic.)

And this past year, David Farenthold did an in-depth investigation of Trump’s claims that he has donated vast amounts of money to all sorts of charities. Virtually none of his claims had any evidence in support. There were a few exceptions: Most were obviously self-serving, like donating to an attorney general deciding whether to prosecute a case against him. But one stood out: $10,000 to Jenny McCarthy’s anti-vaccine organization.

DT has openly shown that he views the world as a constant zero-sum battle to determine winners and losers. Every question is approached in a simplistic black-and-white manner.

If indeed Barron has an autism spectrum disorder, he deserves all our sympathy. DT has shown that in many ways he is just not capable of providing the kind of nurturing, support, patience, and empathy required for parenting in this setting. Having a special-needs child is extremely challenging and can leave even the most patient parent feeling frustrated, powerless, and at a loss.

Faced with that, how would DT respond? No child of his could be afflicted like that. His kids are reflections of him, and he sees himself as uniquely great in ways that others don’t get. Hell, despite being the most overweight president since William Taft, he puts his doctor’s name on a fake medical letter claiming he will be the healthiest president in the history of our nation. Never mind that he’s 70: He told Dr. Oz and a studio audience that, when he looks in the mirror, he sees a 35-year-old. [cue audience applause.]

So if there’s something WRONG with Donald Trump’s child, then someone must be at fault, deserving of blame.

So what does the data show? Many cases are sporadic and due to unknown cause. But other than genetics, the highest risk factor is: advanced age of the father. Regardless of the mother’s age.

And this is when DT’s head explodes. He can’t be to blame. He’s not even old!

So for DT, since he can’t feel great and powerful by just, you know, coping, he has to find a bad guy to defeat, to get Revenge for his child’s diagnosis.

And so the fixation on vaccines.

Ordinarily, I would never want to speculate on a stranger’s possible diagnosis, especially a child. But in this case, we’re dealing with a parent with a big psychopathology burden, who likes getting revenge, and who is currently the most powerful man in the United States. He has written in his books that he hates doctors. He has shown utter disregard for science. He has never met a conspiracy theory he didn’t like. And right now he is gathering more anti-vax voices to assemble a bullshit “Panel on Vaccine Safety.” And that could impact many thousands of people, or kill a lot of kids.

Because of that, we have to discuss the peculiar relationship between Donald Trump and autism.

You hear correctly. Due to allergies I can’t just go get the standard flu shot, and I managed to contract it before I could get to my doctor. A full week off work just trying to breathe and two weeks past that and I am still dealing with the cough. I hate needles and I swear I would be one of the first lined up at the pharmacy if I could.

And you are a perfect example of why herd immunity is so important.

A Doctorate in Not Rocket Science?

Just watch the embedded video here on BB - DO NOT watch on YouTube and then read the comments. Dear Lord, humanity is probably doomed.

It’s about to get worse: 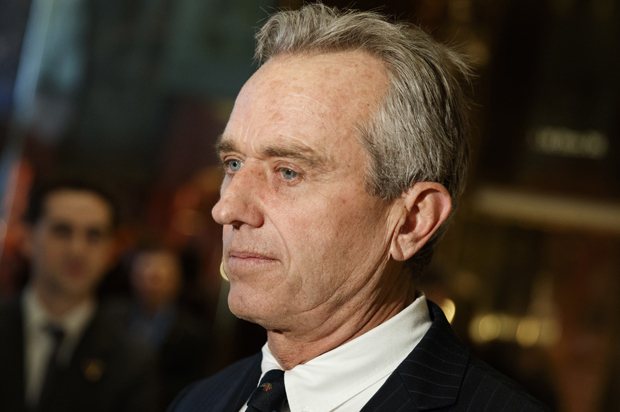 “Not going to back down”: Vaccine skeptic Robert F. Kennedy Jr. says President...

The well-known anti-vaxxer and Robert De Niro have also offered $100,000 to anyone who can prove vaccine safety

Bet it’s not as rigorous or valid as the Randi million dollar paranormal challenge.

There’s a popular scam among creationists: they offer big prizes to anyone who can “prove” that evolution is true. They never award these prizes, and I suspect they usually don…

Also, RFK ain’t a “skeptic”. At the best he’s a denialist. He’s unwilling to accept any evidence. He’s either a slave to confirmation bias, a liar for profit, or both.

Those two men, between them, have offered what amounts to the change caught in their sofa cushions? They’re willing to go in front of cameras, but not willing to really back up their claims in a concrete way.