How maggots and eagles would destroy zombies

So what I get from all these articles is that should the undead corpses rise up and mindlessly shamble after you in need of flesh, you just have to stay back a little. Then you can watch safely as the still-shrieking faces of your former neighbors are pulled apart by birds, and their hole-ridden legs collapse from under them, leaving them to rupture in a putrid spray of maggots and carrion beetles.

Good news, everyone, no more nightmares about this!

I haven’t been following this series closesly but I have a request if it has not been done yet.

Botflies. Can we please do botflies? If not, maybe some flesh eating bacteria.

Can we please do botflies?

Nice try, and the Bot Fly is surely one of skin-crawlingest, most-nausea inducing of the human parasites.

But they only infest living hosts, requiring body heat for their larva to hatch from eggs. So as soon as the zombies cool to ambient temperature, they’ll no longer be targeted.

Botflies, also known as warble flies, heel flies and gadflies, are a family of flies technically known as Oestridae. Their larvae are internal parasites of mammals, some species growing in the host's flesh and others within the gut. The Dermatobia hominis is the only species of botfly known to parasitize humans routinely, though other species of flies cause myiasis in humans. A botfly, also written bot fly, bott fly or bot-fly in various combinations, is any fly in the family Oestridae. Their...

Yeah. I figured I could be off there. I’m still trying to figure out where the dead / undead line is. Maybe if someone could define it clearly we could have better guidelines for this hypothetical debate.

This is the honey badger. Oh gross! He’s tearing the colon right out of that zombie! That is so nasty! Honey badger doesn’t give a fuck! 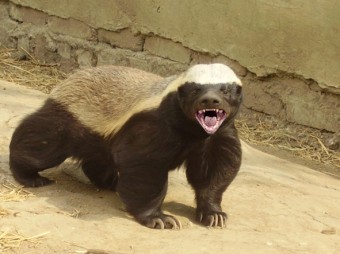 Eagles might eat carrion, but they won’t attack a moving target that is heavier than they can carry off.

Hasn’t the zombie-eating meme been done to death already?

Every time I see one of these posts I have the same thought…
“Eating zombie flesh kills animals, it smells bad and they would avoid it.”
Every zombie story I’ve read agrees, the flesh of zombies is toxic, so the animal saviours you keep writing about wouldn’t be much use.

On the other hand, unless it’s a toxin-indistinguishable-from-magic, the bacteria will have evolved to the point where they call it a ‘nutrient’ in some alarmingly short amount of time(Or, in a plug for my colleagues, the fungi. I, in particular, have the greatest respect for the ones who realized that living in and around Chernobyl, using a photosynthesis-like process to get energy from gamma radiation and using the scattered fragments of graphite moderator rods as a carbon source, is totally doable if you are just too badass to worry about minor risks.)

Even mammals, of the more pestly flavor, are sometimes pretty good at that. Warfarin certainly isn’t what it used to be in dealing with rats.

I’d be much more concerned about the prospect of animal zombieism.

Maggots? Zombies are supposed to have maggots. It’s part of the genre.

Stripped off all soft tissue, including brains, the zombies would be reduced to hollowed-out skeletons.

Great, then you got a bunch of fuckin skeletons walking around. 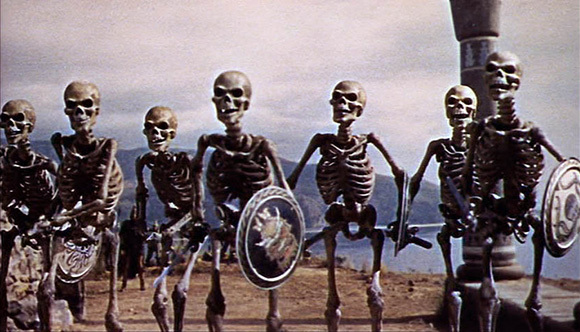 Zombie-eating animals is the new banana. Just look at it.

I find you all to optimistic. Someone might have pointed this to you before, but here I go: why should the zombie disease not affect animals as well as humans. You could soon end up with zombified ravens, eagles and, why not, bacteria. And that would definitively spell the end of humankind… kind of.

Still waiting for the “How Banana Slugs Would Destroy Zombies” post.

This really is an underused part of zombie literature, the idea that Mother Nature will cleanse away the zombies, but whether the protagonists (much less civilisation) can last until then is an open question. Even if they survive, they will be traumatised.

Editing to add the following:
This is actually employed to a degree in Bungie’s Myth setting, where the undead are more bombs than shock troops. Their bloated corpses are treated to be balloons, containing the foul gases of decomposition until they explode, suicide-bomber style in the midst of your troops.

…except in The Walking Dead. And if that’s the case, then what causes zombies to decompose? “Rotting” is specifically the result of living organisms eating dead tissue. But in the big picture, I wouldn’t spend too much time worrying or arguing about the science behind our Walking Dead vs Wildlife video series. The base idea of zombies is completely UNscientific and we’re just trying to have a little fun with it and raise awareness about wildlife in the process.