How much hotter is your home town?

Another great graphic from the amazing team at NYT: 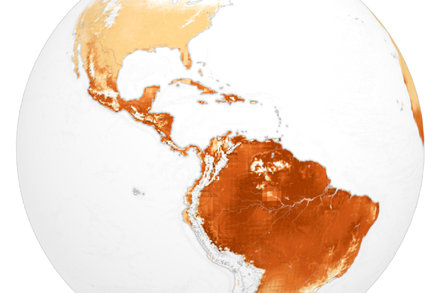 How Much Hotter Is Your Hometown Than When You Were Born?

See how days at or above 90 degrees Fahrenheit have changed in your lifetime and how much hotter it could get.

Hey, I won’t freeze when I’m old, and the drive to the beach will be shorter!

Heat being of course one measure of climate change, the average temp in your hometown may have actually decreased depending on how much climate change has fed with your longstanding weather patterns.

If you get more rain now, it’s possible that cloud cover means fewer days walking around on the surface of the sun. And on and on.

The electric fan in the picture is a Robbins and Meyers, probably from the early 1930s. Certainly no earlier than 1917 and no later than 1942. It has thick bearings, heavy cut steel gears, hand tied coils, and with proper maintenance will last at least 100 years in daily use. Probably much longer.

When this fan was made, climate change was not controversial; the Merchants of Doubt had not yet been paid to make it so. Everyone knew that the Sahara was once a garden, until man despoiled it - I was taught this in elementary school in the 1960s, when Teacher was explaining the American Dust Bowl, another well known and incontrovertible example of man-made climate change.

at least 100 years in daily use

My grandparents had a similar fan and was working perfectly up until it was submerged by hurricaine Isabel in 2003.

I hope your grandparents were not similarly submerged, I remember Isabel well.

A 1930s R&M fan can survive seawater immersion, but it would need to be rinsed in fresh water, carefully dried, and have the grease and oil replaced. I imagine your grandparents had larger problems to deal with at the time!