Really cool old cartoons.
In a reminder that everythings a remix, camera lucida drawings where the artist traced over projections from a microscope lens were done with the same idea much earlier.

(My trick is to trace in the precise location of the pupils, and work from there. It saves a heck of a lot of time, because the space between the pupils becomes your de facto unit of measurement.)

I used an overhead projector for the sketching on this. Whatever works, right? 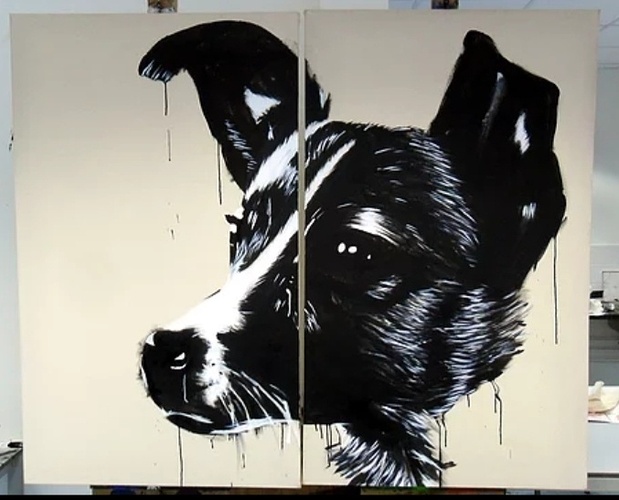 Especially if I were a muralist, I’d be using an overhead projector. Purists could even work out their own sketch before projecting.

ETA: People are still cool with Rockwell’s use of photographs (which I do myself).

Uh… been there, done that

Also - there’s a good David Hockney book all about him “rediscovering” the grand masters techniques of projection, things like camera obscuras and the like, it’s worth a look.

Secret Knowledge: Rediscovering the lost techniques of the Old Masters:...

Been there, done that – not a great success, probably needed more experiment.

I was surprised Eadweard Muybridge didn’t get a mention, but perhaps that is another episode.

I do love rotoscoping done well. Ralph Bakshi has done some great stuff with it.

Almost everyone uses a “cheat” somehow in visual art

Yep. I had this hang up in HS/early college. Then I took an illustration class. My professor was a damn good illustrator. One of his examples was a calendar for Sikorsky full of helicopters. At some point he was on me about my lack of references and why my out put was rough. Actually the painterly style was less of an issue, and it was the lack of realism - accuracy in depiction. I was hung up about “copying” and he said, “You’ve seen my stuff on the wall, do you think I just made that up? No, I used photographs, I traced, I used what ever I needed to make an accurate render.”

And that’s when I stopped fearing and learned to love copying the reference.