“Soon the book’s blue linen covers were found littering the fairgrounds. Some who got the novel were ripping off the cover, dividing the pages and stuffing them into their pockets to make the book easier to hide,” The Zhivago Affair says.

I wonder if the person heading up the operation at the CIA gave any thought to producing and distributing it in a more easy to conceal and smuggle format, or if that would have been too James Bond even for them.

Should have finished TFA before posting.

…the CIA decided to produce its own Russian-language, miniature paperback version in the US, under the name of a fake French publishing house.

Copies of it were given to Soviet and East European students at the 1959 World Festival of Youth and Students in Vienna, which was sponsored by Communist organisations.

The Soviet “researchers” who accompanied the young people from the USSR reportedly said: “Take it, read it, but by no means bring it home.”

There were all sorts of arts programs that the CIA was involved in during the Cold War. So many of the private, corporate foundations that were started in the postwar era were partial or entirely fronts for the CIA. I’ve been reading a fair about this stuff lately… This is just the tip of the iceberg: 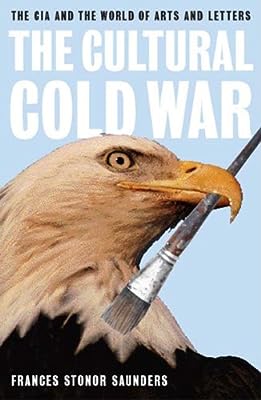 The Cultural Cold War: The CIA and the World of Arts and Letters

In addition to being short-listed for the Guardian First Book Award upon publication in 2000, Frances Stonor Saunders's The Cultural Cold War was met with the kind of attention reserved for books that ...

As a person that is unfamiliar with the book Dr. Zhivago, I was unsure what was so controversial about this occurrence in history. Next time, could you include a one-liner pointing out what the original book was about? I’m heading over to Wikipedia now, but I mean as a courtesy for future readers?