How to build your own air conditioner

I lounge with fans cooling me. Maybe I need a supercharged Roomba carrying a fan, driven by an AI to follow me. That would be less toxic than this gizmo, right?

He specifically address this and points out that his heat source is for the sake of proving the concept, but could easily be provided by direct solar heat or outdoor heat exchange.

Outdoor heat exchange would not work, as the temperature needed for regeneration is higher than most outdoor ambient conditions. Solar could work but you need to figure in the cost to run the pump (and with much higher flow rates, they will not be those small pumps he shows).

I even question his burner heating rate, If the desiccant is dry at the startup of his system it does not need to be regenerated and the burner is presently just for show. As the desiccant becomes saturated It would take a fair amount of heat to dry the desiccant.

As I said earlier I am not saying this doesn’t work, it in fact does. In real world conditions where humidity control is needed, a desiccant wheel with a regenerative heat source is common. Switching that desiccant wheel to a liquid desiccant does not change the physics.

I am reminded of the 60’s where my local gas company was selling home central air conditioners that used natural gas to cool the home. (There was some electric needed for fans and such, but the largest part of the energy usage was from a natural gas burner). It was touted as new technology, but in fact it was just a normal absorption refrigeration system, and that technology had been around for decades at that point. This idea died out quickly, not because they did not work, but because there were better alternatives.If you had a leak in your house they used ammonia, so not fun. This technology is still used today in RV’s refrigerators and they are powered by propane.

If anyone is interested, just search YouTube for “advantix systems dehumidification”. Advantix is that company that built a commercial liquid lithium chloride system. Like I said they went out of businesses a couple of years after producing their first system, but the internet is forever.

I mean, sure, some of the stuff that makes the system work are a lil’ toxic and you’ll need to be cool with having an open flame burning in your home.

Toxicity and open flaming are what make a house a home.

Or maybe just set up a swamp cooler instead.

Swamp coolers are AWESOME, but only work in dry climates, like the U.S. western states.

I lived in Albuquerque for a couple of years back in the 90’s and EVERYTHING was swamp cooled. There was something to be said for getting cooled AND moisturized at the same time. You do have to drain them in the fall if you live a climate also prone to freeze in winter. And the roof mounted units can dump water in your ceiling if, say, the circulation pump fails.

Yup. When New England is at it’s hottest, it’s almost always when it’s most humid. Evaporative coolers are useless here.

I saw something similar to this: 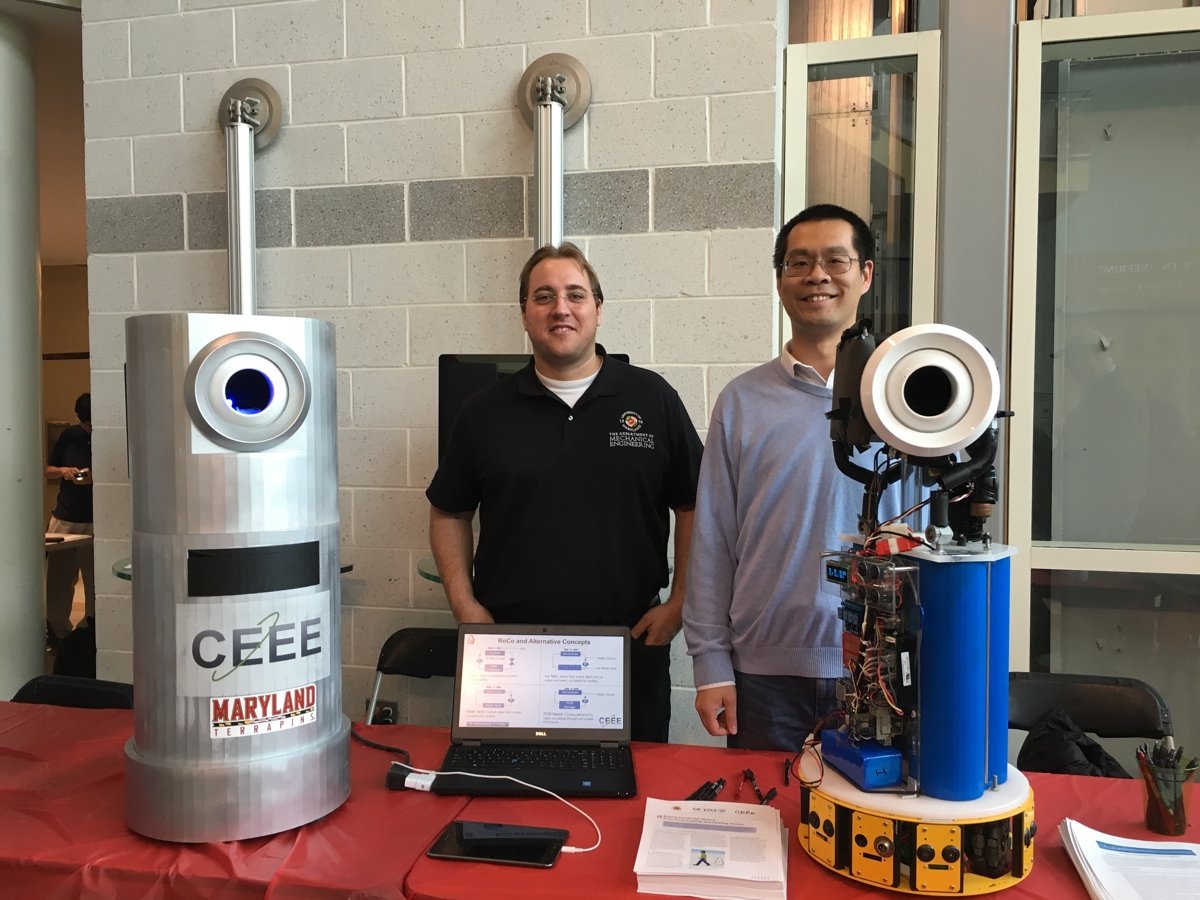 at CES a couple of years ago. It’s a robot that follows you around and blows cool air on you and you alone. IIRC it used a thermal mass instead of a full scale heat pump to avoid warming up the room. It’s also really slow. Still, I imagined it as an absolute fuck you to some sweat shop worker where the boss is walking around with his own personal AC unit while you toil in 100F stagnant air.

Plus you’d have someone who follows you like a friend.

I live on the gulf coast. Pretty much the same in the summer, we just get four months more of it.

Long ago, I lived on a boat in Mystic, Connecticut for a few months until the ice hit the dock, followed very shortly by my ass. The very next morning, I was like, “See ya, suckers! I’m going back to Texas!”

So, yeah, y’all get short, hot summers, but you can keep your long, cold winters, thank you very much.

Ironically, swamp coolers do not work if you actually live in a swamp.

They’re called swamp coolers because they deliver the swamp to you.

I would also like to know more about it…

They’re called swamp coolers because they deliver the swamp to you .

Our vintage adobe house was a mile from the Arizona-Sonora border. ‘Dry’ does not describe that arid mile-high environment. ‘Desiccated’ is closer, even with an inch of snow some winters. Giant roaches and scorpions filled our sub-floor. They approved of the swamp coolers we installed, rising up, clustering near.

When you encapsulate a swamp, expect swamp creatures.