How to: Criticize technology

I read that whole thing, and I’m still not sure what it said.

You want to criticize technology? Do it any way you want to. Whether you’re publishing a multi-paragraph screed against the way Javascript handles mouseover events, or beating your printer to death with a baseball bat, it’s all good.

Screw you Apple, this shit sucks.

Maybe that’s why too many designers I talk to refuse to listen to any.

@Old We got rid of a printer in my office a couple of months ago. I begged the higher ups to let me recreate that scene but I think they were concerned about me doing this. The printer and I had a history. 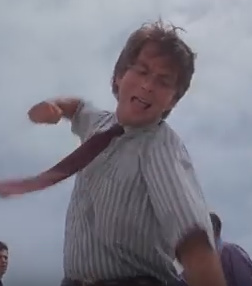 And @RatMan is criticizing technology-criticism criticism?

It’s Luddites all the way down!

Ned must have a broken back by now.

How to: Criticize technology

Heh. Know where you’re coming from, man. But this, as I read the article, is exactly the problem…

If you were a technologist judging technology, you would be able to appraise whether they made best use of their resources. Could they have given the same performance in a better way? However, what we are usually want in a product is not the absolute technical performance metric, but whether we, as an average human being, are practically able to exploit a decent fraction of whatever gizmo we have bought. How do we objectively benchmark this, when the user comes with their own preconceptions based on other things they have used in the past, which form the basis of their expectations. Occasionally you can get a good deconstruction of some technical product that explains not only what it does, but why it works or does not. But if you can do that, then you would be better employed in making the product good in the first place.

I don’t know. I suspect no-one they knows. Give us another ten years, and we could tell you with hindsight where the problems lay, but that is not the point - we want to know now, and not in ten years time. So, most of us are left with the disembodied feeling of suck without a well-based rationalisation. So, that being said, Apple, I have a subjective and intuitive feeling that this shit sucks, which, if you aim to keep your unique market position within technology and fashion, may result in a certain degree of screwage from any like-minded people in the near future. That seems fair.

The printer and I had a history.

I have a relationship like that with my printer/scanner/fax/sackofcrap.

We got rid of a printer in my office a couple of months ago.

My lament is that we just got rid of the last HP printer with which I could dick around with the error messages… Unfortunately, I think that “PC Load Paper” was believable enough that nobody ever said anything about it – “Please Deposit Quarter” did get some confused comments.

You want to criticize technology? Do it any way you want to.

What if your criticism isn’t Postmodern enough?

I tried using smoke signals, but the only people who got the message was the fire department.

let me get my clogs

Some of the most novel critiques about technology and Silicon Valley are coming from women and underrepresented minorities, but their work is seldom recognized in traditional critical venues. As a result, readers may miss much of the critical discourse about technology if they focus only on the work of a few, outspoken intellectuals.

I’d also argue that at times, merely bringing “underrepresented” into play can have a chilling effect among the status quo. If someone presents something like this, Oh, gee, um, well, our market research found that people wanted larger phones, but, uh, she’s saying that it’s too large for female hands, and that name, oh my, is she a minority? If I’m the jerk who speaks up, am I going to have to re-do the sensitivity training session again?

On the other hand, it did start a conversation on why phones kept getting larger, who was demanding them (by and large women) and other issues such as why, at the time, you couldn’t put a Note-class system in a smaller phone case.

I know it’s an old article, and was panned by several women, but I thought I’d bring it up again. Because reasons. I, like Cory, have seen a lot of takedowns of Silicon Valley culture. Despite being a white dude, I have my own concerns because being past 40 means I’m a fossil in those circles, and tech is suffering a major knowledge drain because old fossils need not apply. (Nothing like devoting 17 years of your life going from kindergarten to undergrad degree, only to be booted out in 18 years, tops.) Criticism needs to happen. That criticism also needs to not be precious, no matter what, imho.

While I’m bringing up ancient smartphone articles, I love this moldy oldie from five years ago:

Samsung Galaxy Nexus: Too Big For the Human Hand?

Is a 4.65-inch screen just too big to use with one hand? We got a dozen PCMag staffers to try the Samsung Galaxy Nexus to find out.

It’s super cringy because a.) by modern standards, the Galaxy Nexus isn’t that big, and b.) the only person in their narrative who had no trouble was clearly a person of color. “Too large for human hands”, but not too large for the black staff member, uh, cough who wrote this hed?

"carries negative connotations "?!? Jesus, I’m sorry someone said something untoward about your precious Internet Of Things.

Though its intention should not primarily be destructive, criticism is closer to a crucible than a bassinet and there is way too much blind, buzzword-spewing, keyed-up positivity in tech.

"carries negative connotations "?!? Jesus, I’m sorry someone said something untoward about your precious Internet Of Things.

Are you addressing this at the people being criticized? Surely you understand that being the subject of criticism means that negative info is flying your way. However technology may be failing people who aren’t 20-something white dudebros, consider for a moment that that smelly hairy dudebro is probably a smelly hairy dudebro because he’s putting in 80-hour workweeks because tech culture is terrible and has been for a long time. Someone on their 80th hour probably isn’t going to be receptive to being told that you and your peers had been discussing the lack of inclusivity in their product.

Criticism is negative by nature. If your audience is receptive to constructive criticism, that’s great. Stressed out people tend to not be the most receptive audience, unfortunately.

That work “ethic” is what chased me away from even dreaming about working in tech, once I was close to that age. Then I went into mass media, where I worked the long hours anyway without the tech level of pay. Yeah, people are less receptive to criticism when they’ve been pounding out creative work, and probably aren’t going to receive it well when you inform them that they’ve written a hed where they say a paraplegic was “stumping” for a political candidate. (I actually sat in on a meeting about this very thing. It was gloriously cringy.) You’re still right to insist that it be changed, but be ready to defend yourself against an angry person trying to meet a deadline.

and that name, oh my, is she a minority?

No, she isn’t. In Turkey, especially not.