How to escape Zooms by self-sabotaging your audio

Originally published at: How to escape Zooms by self-sabotaging your audio | Boing Boing

“making your presence unbearable to others.”

I’m not sure if a coworker was trying for this, and I don’t think it works with Microsoft Teams, but he was on speaker phone and creating an echo that made concentrating on the primary speaker (not him) incredibly challenging. In Teams each participant has a mute icon. I muted him. And then the mute icon disappeared, so he had to call back in. Not proud of myself.

Another, easier strategy to sabotaging audio is to turn the microphone down so low that people you can barely hear anything, as demonstrated in OP’s video.

Another trick: put some aluminum foil over your WiFi antenna, the quality will drop very convincingly such that you can either disable video or drop the call as desired.

I guess I have it easy, or I’m just more comfortable making stuff up. I’ve used the, “my internet is down,” or “phone reception is spotty, must be the wind,” more times than I’m proud of.
My coworkers aren’t going to trouble-shoot the tech issues.
And almost every meeting (in my experience) could be replaced with a well-considered email, or maybe a quick phone check in for rare instances.

I’m loving the idea that the tin-foil hat is making a legitimate resurgence.

Haha! This comment works especially well when read in the voice of your avatar!

A few weeks ago we had a guy at work self-sabotage himself right out of a job. No one is exactly sure what happened, except that the guy ignored or forgot the mute button. But it did get him out of the call (Teams, in this case), along with all future calls.

Way back when, I took a class in radio production and the instructor advised us to behave as though there is a live microphone, somewhere in the station, at any given time and to keep a lid on one’s expletives. (As I recall, when people find out the hard way it’s at an easy listening station.) I never did work in a radio station, but since taking that class, I’ve tried to be mindful that the mute button on any device might not work as intended.

But it did get him out of the call (Teams, in this case), along with all future calls.

I mean, ideally, you only do 1 or 2 of those things in your private time anyway (you know which ones I’m talking about), but just don’t do ANY of them in your office. Even if that office is your kitchen with your laptop on.
On the one hand, it’s depressing to be surrounded by so much ineptitude. On the other hand, I feel like I will pretty much be able to find a job for as long as I want to work, if this is my competition.

And almost every meeting (in my experience) could be replaced with a well-considered email, or maybe a quick phone check in for rare instances.

How do you people cope with those regular meetings?
I had one this month with a private company, because our city got a project that they will fund, and i was bored to death, specially after someone says “we will decide that by email later” the third time.

How do you people cope with those regular meetings?

I have dealt by slowly extricating myself from all such invite lists. If you don’t have that luxury, I find doodling helps. And writing down the silliest office-speak to make mad-libs out of, later.
Oh, and bourbon helps. Just remember where the mute button is!
But seriously, I was about to quit 2 years ago, due to the meetings. I only stuck around because the boss said i could decide what i wanted to stay involved with. So I might not be the best example of how to cope.

How do you people cope with those regular meetings?

Not that I’ve escaped every meeting, but I’ve developed a lot of coping strategies over a career full of those meetings.

I’m certainly not advocating for skipping important meetings. Your company keeps paying you because you do useful stuff for them, and if they think all those meetings are important, then that’s what they’re paying you to do. There are many interpretations of “important,” but the only one that really matters comes from the person who signs your annual review. Make sure you’re on the same page as your boss.

In these pandemic times one really insidious thing I’m noticing is that not only are more meetings being scheduled, they are being scheduled earlier and earlier. Like 7am and 8am. Yeah, I don’t give a fuck that I’m not commuting to the office, I’m not getting out of bed for a 7am meeting unless I absolutely have to be there.

A funny thing I’ve seen is that most meeting calls I’m on intentionally start 5 minutes late to give people time in between meetings to go take a break (never mind the very thought of this idea didn’t give someone pause to rethink the amount of meetings we have). Now I’m finding meetings just end 5 minutes late instead.

Have I mentioned how much I hate meetings?

while you’re in the office. 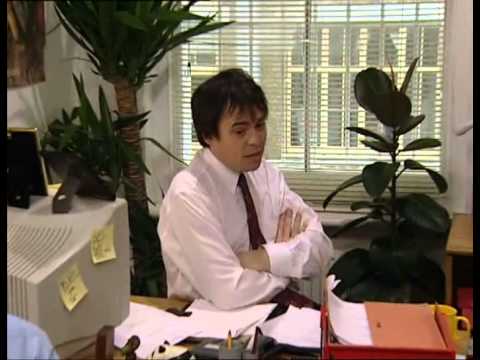 There are two types of schedule, which I’ll call the manager’s schedule and the maker’s schedule. The manager’s schedule is for bosses. It’s embodied in the traditional appointment book, with each day cut into one hour intervals. You can block off several hours for a single task if you need to, but by default you change what you’re doing every hour.

Most powerful people are on the manager’s schedule. It’s the schedule of command. But there’s another way of using time that’s common among people who make things, like programmers and writers. They generally prefer to use time in units of half a day at least. You can’t write or program well in units of an hour. That’s barely enough time to get started.

For someone on the maker’s schedule, having a meeting is like throwing an exception. It doesn’t merely cause you to switch from one task to another; it changes the mode in which you work.