How to wire a garage door opener

Surprised it hasn’t started a fire yet.

I was hoping for “neighbor’s house” 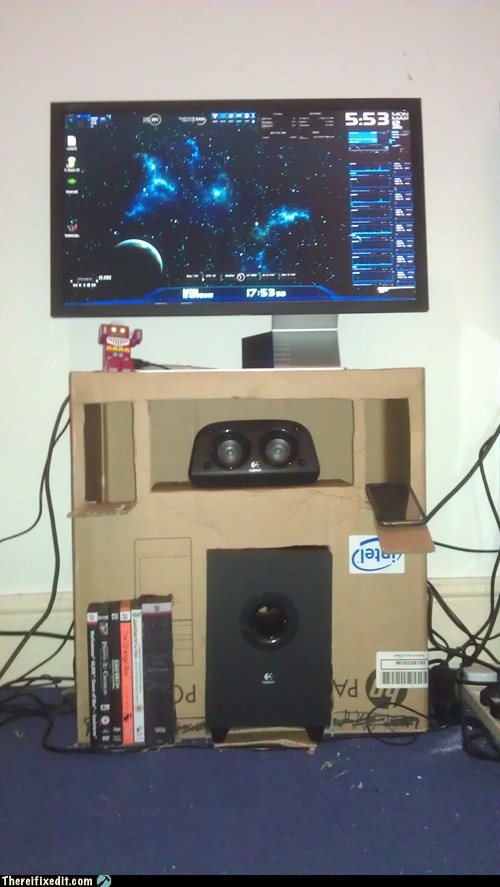 There, I Fixed It

The actual homeowner makes an appearance in the comments section of the YouTube video.
Nice!

Clearly this homeowner was exploring an unorthodox solution to the classic “lazy electrician” problem:
https://bbs.boingboing.net/t/puzzle-the-lazy-electrician

My Dad used to work in a small, light-engineering firm. One evening the main fuse blew in the factory, and the street lamps on the road outside went out. It turned out that the council had wired the lamps up to the factory’s electrical meter. The council did not offer remuneration.

I have a great fear when it comes to electricity, so my anxiety went up just watching the first video. Even with my propensity to saving money when I can, whenever electricity is involved, always get a professional.

The exciting times of amateur electricians…

I had a room-mate in a beat down rental who did stuff like that all the time.

My family moved to a farmhouse in 1970; the ancient fuse box was installed on the wall right over the bathtub.

… but that’s a story for another day

Life, eh? It can get quite weird.

If that’s a euphemism, I just don’t want to know.

fuse box was installed on the wall right over the bathtub.

Or was the tub installed below the fuse box?

I was hoping for “neighbor’s house”

I wanted “squirrel on an exercise wheel”.

I wish he had looked for signs of recent excavation and newer concrete on parts of the sidewalks.

I once had some renovations done in a room of my 100 year old house. When the contractor cracked open the wall, he found that there were no proper electrical boxes, just duct tape and rubber bands. I quickly had the rest of my house checked and had a few scary things fixed.

I since learned that the previous owner was also a “contractor”, but one who liked to do his own renos and who apparently doesn’t know much about electrical wiring.

I have a great fear when it comes to electricity

Don’t worry, this looks like it’s in the US. They only use 120 volts over there, it’ll barely tickle you

Try some proper 240V mains, that’ll wake you up in the morning!

While stationed in Germany, I was connecting shore power to our comm van, when I felt a tingling. Immediately dropped the cable; the ground cable wasn’t connected. So yeah, I’m quite familiar.

Strictly speaking, standard household electrical service in the US is 240V, but it’s a split-phase arrangement, where the transformer secondary is center-tapped, grounded, and extended out as the neutral conductor. This puts the live conductors 180 degrees out of phase with one another, so connecting a load between phases gets 240, while phase-to-neutral is 120. We normally only use 240V for heavy loads like electric ranges, large air conditioners, arc welders, and such.

In some apartments, hotels, and densely-populated neighborhoods, two legs of a 208V three-phase supply are used (still 120V phase-to-neutral).