Originally published at: Hundreds of students' SAT tests flew off a UPS truck and are now lost | Boing Boing

That is still time and effort that went into studying and trying to do good on this test.

I mean, it was wasted anyway, but now it’s double-wasted. Not that anyone here needs to hear it, but high-stakes standardized tests are bullshit, and the fact that thousands of hours of children’s lives prepping for a meaningless hurdle can blow away in the wind should only sharpen the focus on that fact.

This is the stuff of nightmares.

There’s so much pressure leading up to the SAT, and sweating through the test itself is so horrendous due to its potential impact on your future.

I truly feel for these kids.

said student Ezra Ponzio. “That is still time and effort that went into studying and trying to do good on this test.”

trying to do good on this test.

Did you mean that because of the poor grammar?

I mean, it was wasted anyway

An increasing number of colleges and universities seem to agree. 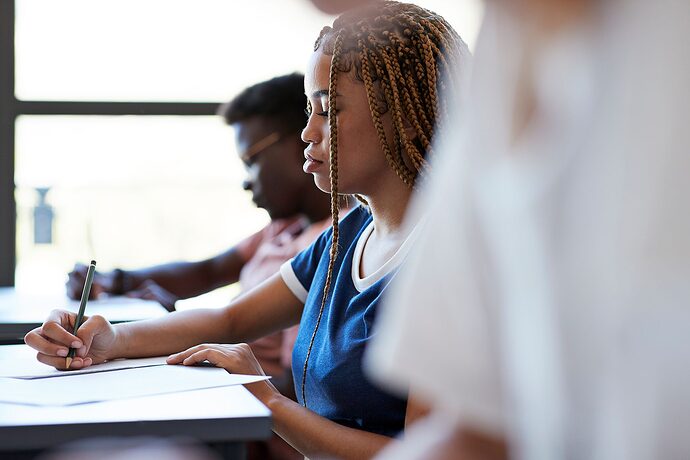 The 19th Explains: Colleges are dropping the SAT in admissions. That’s a good...

Evidence of a gender gap has existed for decades. Now, an increasing number of schools are making the SAT optional for admission.

When asked by someone reviewing my college admissions applications “why do you have such good grades, but ‘low’ test scores”, my answer was “because I’d rather spend my time doing worthwhile and fulfilling things than practice taking stupid fucking aptitude tests”.

I was admitted. The only regret I have is that maybe if I had spent more time preparing, I might have gotten better scores and maybe have been eligible for scholarships that would’ve eased the financial burden on my parents.

Maybe those effected can glean some good from this by discussing the event in their college admission essays.

I wonder if there’s some kind of… i don’t know. A technology that would allow for some kind of digitized version of these tests to be collected and transmitted for review? Nah, that would crazy. How futuristic would that be tho?

I’ve always had the opposite problem of having good test scores but a terrible GPA, mostly because I was plenty capable of learning whatever material was being taught but real bad about putting any effort into doing work outside of the classroom for subjects that didn’t interest me.

We must be the same student.

Hundreds of high school students in El Paso, Texas must now retake the SAT after their tests somehow flew out the back of a UPS truck.

Or not. Most schools don’t require the SAT anymore. The only students who “have to” retake it are those in the running for a National Merit Scholarship. And the College Board should give anyone in that situation a chance to retake it and still be in consideration.

Don’t you do better each time you take the exam? All those kids get a free second chance.

Maybe those effected can glean some good from this

Maybe the house in California was hit by a metaphor instead of a meteor?

When my oldest was applying to colleges, her counselor told her that the only U.S. school at that point that required the SAT (as opposed to accepting the ACT, or no standardized test at all) was Berklee School of Music. By the time her younger sister was applying, no school in the country required the SAT as the only option.

It’s interesting to consider which way round you’d rather be. In hindsight I hate younger me’s attitude of “eh, who cares, I can clearly do it in the test”