Yes yes yes. The news is rarely news. It’s speculating about what might have happened, and speculation about what could happen. Very little time is devoted to facts, and even when it is relaying facts 99% of the time they are facts they’ve already stated.

i bet it wouldn’t be hard to find gun-fans who say keeping explosives in the is okay/normal, since many of them like to use exploding targets from ammonium nitrate!!!

Tannerite looks to me like fun and pretty safe to store and transport, until mixed. Ammonium nitrate was not even regarded as an explosive until certain industrial accidents. On its own it is pretty difficult to get to sing, at least if not on a industrial-sized pile or in a full ship cargo hold.

It’s not about the substance, it’s about the mode of its deployment, at least as long as the deployed amount is not unreasonably high.

They can blow your MIND!!!

Well I’m about to get upset
From watchin’ my TV
Been checkin’ out the news
Until my eyeballs fail to see
I mean to say that every day
Is just another rotten mess
And when it’s gonna change, my friend
Is anybody’s guess

You know I watched that rotten box
Until my head begin to hurt
From checkin’ out the way
The newsman say they get the dirt
Before the guys on channel so-and-so
And further they assert
That any show they’ll interrupt
To bring you news if it comes up
They say that if the place blows up
They will be the first to tell,
Because the boys they got downtown
Are workin’ hard and doin’ swell,
And if anybody gets the news
Before it hits the street,
They say that no one blabs it faster
Their coverage can’t be beat
And if another woman driver
Gets machine-gunned from her seat
They’ll send some joker with a brownie
And you’ll see it all complete…

sorry man, had to point that out. Here have a pic to cheer up with

This may not be the time/place to ask, but do folks have suggestions for a reliable, online news source that isn’t sensationalistic? Since this is happening in my region of the country, my local NPR station has been great, and I listen to it when traveling to/from work, but I’m curious to know about good alternatives to CNN.com that I can check every so often during the day at work. In addition to accurate, unbiased coverage, it would also be nice if I didn’t see a slew of headlines about people/places/events that belong on tabloids and not “real” news. I find I resort to CNN.com (which I hate) because I just don’t know where else to go. (“Look at me! Selfies of the year” – you’ve gotta be f’ing kidding me.)

This may not be the time/place to ask, but do folks have suggestions for a reliable, online news source that isn’t sensationalistic?

Google News It’s not a news source per se, but a news source aggregator, broken into categories. It does a good job of avoiding the more sensationalist media. If you use it from a logged-in Google account it can be heavily customized.

The BBC is usually a good place to start. It’s odd I have to look overseas for decent national news coverage…

I have been fairly happy lately with Reuters, although I will also admit that part of that is simply the fact that the mobile site isn’t so clogged with shite that it crashes my nearly-obsolete iDevices.

Recently one Texas Lawmaker commenting on the Syrian refugees issue was openly worried about the states lax gun laws. Because, you know, mass shootings might become a routine occurrence.

there should be adapters so you can shoot mashers and other usefull kitchen tools.

there should be adapters so you can shoot mashers and other usefull kitchen tools.

Not so difficult. I’d take the tried-and-true rifle grenades, start with their design, and modify from there according to the specifics of the desired task.

I’m rather fond of http://www.oann.com/

On its own it is pretty difficult to get to sing

Is this some kind of technical explosive term, or just a wonderful typo?

A rather expressive slangish term. We had all kinds of such slang at my alma mater, you could hear sentences like “nitrogen triiodide is a jolly fellow, you look at it funny and it laughs right into your face”.

Singing is an appropriate term here. Even if it is just one note, short and a bit loud.

I kind of think that the non shooters are alarmed at the numbers just because they have no frame of reference. Anyone who shoots regularly probably has hundreds or thousands of rounds. not because we are expecting a zombie apocalypse, but because it is cheaper to buy in bulk, and because nobody wants to find a Cabelas every time you go to the range. Some people seem to think that having more ammo somehow makes a person more dangerous, but the things are not really related. It is my understanding that the two of them fired off 75 rounds at the party. Obviously, that is 75 too many, but the amount of ammo they owned would not be excessive if they were at the range a lot.

Did some project, or maybe a home repair, involve plumbing? Perhaps air, maybe water, maybe gas? Then you virtually certainly got some spare pipe caps left, and maybe even some pipe itself and possibly even a tool for cutting thread to the pipe. And these things keep, can last in stock for decades. Suspicious much?

I once read about a prisoner killing himself in his cell by placing an enclosed pipe full of water on a radiator in his cell. Don’t know where that was or how he had access to those materials in prison, but explosive devices are easy with very rudimentary knowledge and materials. Fortunately, pipe bombs aren’t exactly fun harmless fireworks, but their destructive potential is limited by weight and the compositions that can be created by amateurs.

Having firebricks on hand will make you try things you shouldn’t indoors. 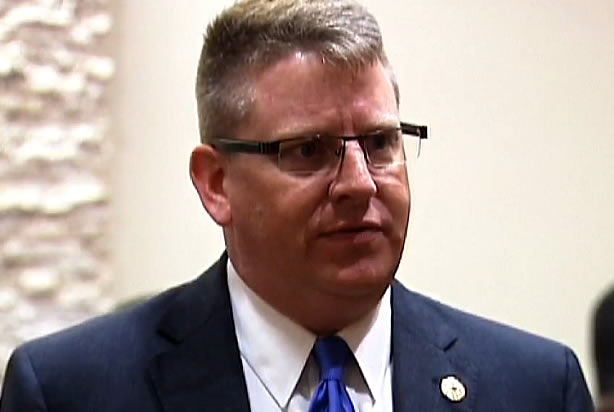 I once read about a prisoner killing himself in his cell by placing an enclosed pipe full of water on a radiator in his cell.

While thermal expansion of water can have immense force, I don’t think it’d be enough for exploding the vessel. (See why hydrostatic testing of high pressure systems is safer than testing with pressurized gas.) Unless it also boiled into steam once the vessel was dehermetized. Which with the common radiator temperature I find rather implausible. (Or it was a rather freak accident involving a momentary intense water jet.)