I just discovered this information and need to share it

Here is a silly buzzfeed post on the greatest teen movie, Heathers - a where are they know kind of thing: 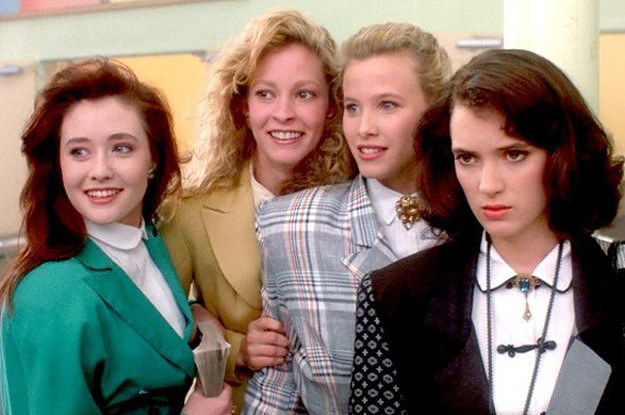 Here's The Cast Of "Heathers" Then And Now

Fuck me gently with a chainsaw.

Turns out the actress who said this:

Kimberly Anne Walker (June 19, 1968 – March 6, 2001) was an American film and television actress. One of her best known roles was that of Heather Chandler in the 1988 black comedy Heathers. Walker attended Fiorello La Guardia High School of the Performing Arts in New York City. Her classmate and best friend at LaGuardia was actress Jennifer Aniston. The two moved to Los Angeles together to pursue acting and remained close until Walker's death. She died at her Los Angeles home on March 6, 2001...

I don’t know what I want to do with this information, but I had to share it. What the fuck.

I guess it makes sense to capitalise Brain, like Universe…

Turns out the actress who said this … Actually died of a brain tumor in 2001:

Amazing that Buzzfeed missed that!