If you read Boing Boing, the NSA considers you a target for deep surveillance

HA. Jokes on them, I’m not a US citizen, and they’ve considered us fair game since the 70s.

The obvious question for Congress to ask – if it hasn’t already been asked and answered – is how many targets do you have?

If they say 10,000, then we are reassured. If they hem and haw and eventually admit the number is 10,000,000, then we have a small problem… Of course they will just lie under oath if they are asked in public in one of those rare situations in which they actually have to answer, but even so the actual number of targets is the operative consideration in evaluating the extent of their depredations.

Now the NSA is going to go in extra deep on you because you’re a foreigner who reads Boing Boing.

For all they know, you probably have an explosive ukulele with plastic explosive bananas embedded inside of it as we speak.

I read BoingBoing, have looked up Tor, am using a VPN as standard and am not a US citizen. Oh, and I was made a contributor to a pro Snowden page on Facebook. Guess that makes me an obvious terrorist. Should I start wearing a burqa?

Should I start wearing a burqa?

No, just lay on the floor with your arms spread out at your sides and the authorities will be there in a few minutes. 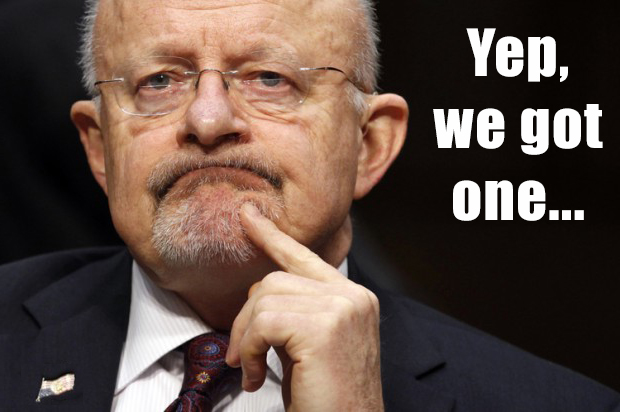 Welcome, fellow terrorists. What mayhem are we going to stir up today?

If that’s true, it’s big news, as Snowden was the first person to ever leak docs from the NSA. The existence of a potential second source means that Snowden may have inspired some of his former colleagues to take a long, hard look at the agency’s cavalier attitude to the law and decency.

Welp, I guess I should say hi to the feds who are have been following me. Hope you like being bored!

“Well, we were trying to keep the theme of the next issue of Make:Magazine a secret, but you just went and blew it. Thanks a whole bunch, @Cowicide!”
~Make Team 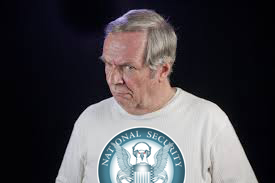 According to the story, the NSA targets anyone who searches for online articles about Tails – like this one that we published in April, or this article for teens that I wrote in May – or Tor (The Onion Router, which we’ve been posted about since 2004).

The headline is a bit misleading, is it not? Surely the people searching for online articles about Tails or Tor make up only a relatively small subset of BoingBoing readers.

Kind of begs the question: since TOR was a freaking US Naval project, does that mean the entire Navy is under deep-packet surveillance?

With all due respect, how did you reach this conclusion?
If the google-translated version is accurate, I don’t see anything about BoingBoing, or similar sites. Maybe I missed the connection, but it reads like they are targeting people who search for Tor, Tails, etc. Not people who read sites that mention Tor, Tails, etc. I think that’s a pretty large distinction.

P.S. props to Jorpho who just ninja’d me.

Go retro. Dress like someone from the Red Army Faction.

So? The NSA don’t know what you’re looking for when you come to Boing Boing.

Not until you actually wrote down burqa, no need to hit reply BTW.

I only come here for research!

Now you actually posted here, and are now speaking with people who probably have typed “tails” into a search engine.

Meh, I hang around 4Chan from time to time. Boing Boing has a long way to go before it becomes part of the seedy under belly of the Internet.

Where’s a picture of Neil De Grasse Tyson when you need one!

For years my email signature had a long list of what I thought might be search trigger words, along with a request for anyone reading via ECHELON to say hi.