Originally published at: Imagining if English was spoken like German | Boing Boing

This is a wonderful thing!

So… basically you end up using Yoda’s word order.

I was going to suggest the same. Makes perfect sense given the connection between English and German of course and their root in the same predecessor language. English, over time, has diverged further, particularly in terms of word order.

I vaguely remember a German joke (maybe a native speaker can remind me) about someone reading a really long book but the last page was missing, so they didn’t know the verb.

I love the German language. With all the cases, one needs to have thought out the whole sentence before speaking. Makes it way more thoughtful, in conversation, than English, IMO.

Indeed. This is very much like early modern English, and even more so like middle English, the difference being that the unfamiliar vocabulary makes it less obvious in the case of middle English.

However, if you have ever read one of William Morris’s romances and you speak any German, you will notice that his word order is almost exactly the German one, despite the fact that he did not speak German (and yes, I checked his biography to verify).

This is because he deliberately wrote in a middle English style, using archaic vocabulary from his day, i.e. the 19th century, but not full Middle English.

An example from The Wood Beyond the World. If you speak German, the word order, and even some of the otherwise strange vocabulary will be very familiar to you:

So on a day as he sat with his father alone, he spake to him and said: “Father, I was on the quays even now, and I looked on the ships that were nigh boun, and thy sign I saw on a tall ship that seemed to me nighest boun. Will it be long ere she sail?”

“Nay,” said his father, “that ship, which hight the Katherine, will they warp out of the haven in two days’ time. But why askest thou of her?”

“The shortest word is best, father,” said Walter, “and this it is, that I would depart in the said ship and see other lands.”

“Yea and whither, son?” said the merchant.

“Whither she goeth,” said Walter, “for I am ill at ease at home, as thou wottest, father.”

I love this style of writing, but I have friends who absolutely loathe it.

You might enjoy The White Company, by Conan Doyle, which is largely written in similar “Wardour Street English.”

Huh, I didn’t actually know this existed. Will check it out, thanks!

Mark Twain had something to say about German, as well: The Awful German Language

Less of a joke, but I often heard of apocryphal German professors who would drone on and on with very long run-on sentences, full of subclauses, and end with a long list of verbs, to the utter confusion of their students.

This is the one I break out any time someone says that they think German sounds harsh and shouty. It’s not true at all, they’re just being prejudiced by decades of war movies and newsreel footage of Hitler’s speeches. As Twain attests as someone from before this time, the opposite can very well be argued.

I think that a description of any loud, stirring, tumultuous episode must be tamer in German than in English. Our descriptive words of this character have such a deep, strong, resonant sound, while their German equivalents do seem so thin and mild and energyless. Boom, burst, crash, roar, storm, bellow, blow, thunder, explosion; howl, cry, shout, yell, groan; battle, hell. These are magnificent words; the have a force and magnitude of sound befitting the things which they describe. But their German equivalents would be ever so nice to sing the children to sleep with, or else my awe-inspiring ears were made for display and not for superior usefulness in analyzing sounds. Would any man want to die in a battle which was called by so tame a term as a SCHLACHT? Or would not a comsumptive feel too much bundled up, who was about to go out, in a shirt-collar and a seal-ring, into a storm which the bird-song word GEWITTER was employed to describe? And observe the strongest of the several German equivalents for explosion–AUSBRUCH. Our word Toothbrush is more powerful than that. It seems to me that the Germans could do worse than import it into their language to describe particularly tremendous explosions with. The German word for hell–Hölle–sounds more like HELLY than anything else; therefore, how necessary chipper, frivolous, and unimpressive it is. If a man were told in German to go there, could he really rise to the dignity of feeling insulted?

about someone reading a really long book but the last page was missing, so they didn’t know the verb.

Mark Twain had something to say about German

Well, no one is right about everything… 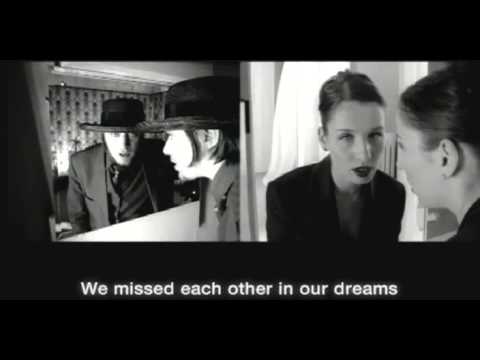 I get this reference!

I took 3 semesters of German in HS. I remember my teacher saying you can’t interrupt a German because you won’t know what he is saying until the verb at the end. Though in this video, there are a few parts where I don’t know if I would have used that specfic word order, but it has been a long long time since German class.

This is the song that got Naive pulled from shelves for the unlicensed used of O Fortuna. 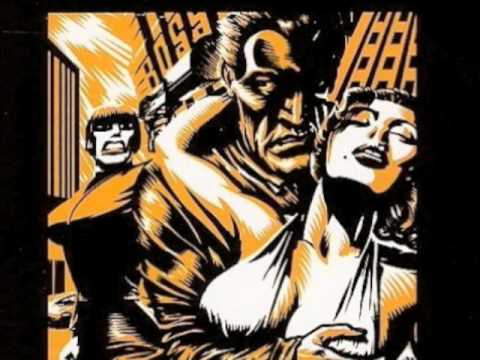 German is a lot more harsh sounding than most languages. Back in high school, I dated a German exchange student and thus really got use out of my German classes. Where the French kids would say je t’aime, I instead would distribute saliva with ich liebe dich.

That said, the word order always is weird when you directly translate anything from one language to another. I now primarily speak Spanish and English and word order there is both reversed (like German and many others where the noun goes before the adjective) and sometimes more complicated. For some things it’s also easier…languages are fun that way!

That’s why there’s a distinction between direct translating and translation. One is Google Translate and the other is someone who knows what the intent is, despite the word used. Galleta means both a chocolate chip cookie and a saltine cracker in Spanish. Context tells you which it is.

German is a lot more harsh sounding than most languages.

Theres plenty of harsh sounding words in any language. Ich liebe dich sounds no worse to my ear than “je t’emme”

ETA: German, in all its harshness 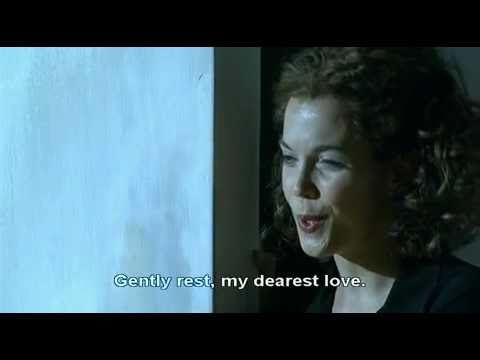 German is a lot more harsh sounding than most languages.

Sir Nigel by Doyle is a fun read, too. Being the prequel to the White Company; though later written.