In 1910, a group of inexperienced gold miners bet two cents that they could reach the top of Mount McKinley

Your headline is wrong. I think you meant Mt Denali.

I guess we need to listen to the podcast to find out how experienced they were at climbing mountains.

This may sound like an absurd bet, but adjusting for inflation that two cents was worth forty-nine cents in today’s terms.

Great, one of the forever stamps

And even better - not enough for 50 cent!

How can we combine those two? We need 50 cent, Homer, and captain Picard altogether.

As long as we cross-post it with the master thread, natch.

Denali is not just a river in Egypt, or something.

As long as we cross-post it with the master thread, natch.

YESSSSSSssssss… the farce is strong with this one.

The mountain is named Denali, but the bet was to climb Mt. McKinley!

why a painter would blame himself for World War II.

Technically, we can blame a painter.

Isn’t that like referring to Bradley Manning in a headline?

That’s true. I understood that the Native Peoples of Alaska ALWAYS called it Denali. That being said,the people in question likely called it McKinley… The joys of sorting through the sources and figuring out proper terminology…

or another name meaning roughly the same thing. 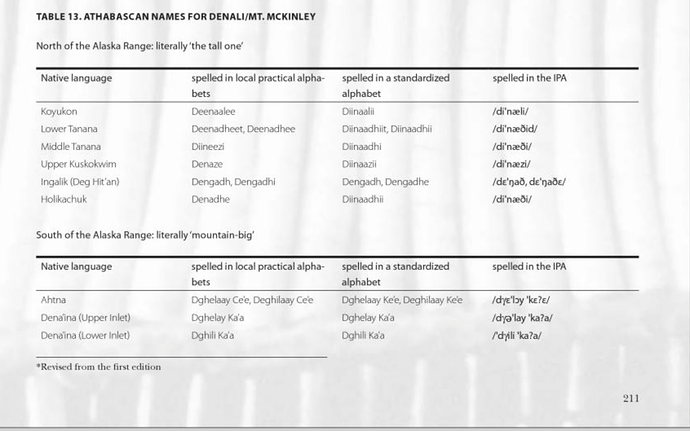 “Who is this Fool who does Not Know what a Mountain Is”?