In search of a more "Bible accurate" Christmas

Originally published at: In search of a more "Bible accurate" Christmas | Boing Boing

I really like what he says at the end about how Christmas is a sort of sponge that absorbs all the traditions of whatever area it is in. That’s kinda beautiful and makes me feel better about celebrating it. I get vaguely annoyed when Christians claim ownership of it, since almost none of it is actually Christian in origin, and the parts that might be are not supported by much evidence.

It’s also good to be reminded that what we celebrate today is very much a modern construction nearly from whole cloth by Victorian authors. They took all the warm fuzzy parts of the various traditions and put them all together. That got it unbanned and mainstreamed again, and it’s a nice thing now.

yeah! the best bits of the christmas tradition are the bits hoovered-up from the local prior fun-n-games

A common custom was the election of a “King of the Saturnalia”, who would give orders to people, which were to be followed and preside over the merrymaking. The gifts exchanged were usually gag gifts or small figurines made of wax or pottery known as sigillaria. The poet Catullus called it “the best of days”.

Amazing how people accept what they’re told without checking. By the way, you just did the same as the manger is mentioned twice in Luke.

Yeah, came here to say the same. The video asserts the mistranslation of “inn” to “guest room” implied it may have been family, which is frankly immaterial to the whole “manger” thing. I also don’t think it precludes the possibility of an inn because “guest room” is a pretty accurate way to describe an inn. I’m no Ancient Greek scholar, but it doesn’t seem as wild a swing to make these assumptions as, say the idea that god was a baby.

Myrrh also has many traditional uses beyond embalming. It is most often enjoyed for its aroma, which was likely the reason they gave it to a cow poo-covered baby. Blecch!!!

YouTube is the armchair expert capital of the world. ETA: And bbs is competing for the title!

Inns/hotels until recently were nothing like what we now know. For example, you would be put in the same BED as one or more strangers.

Also, as mentioned in the video, keeping animals in the bottom floor of one’s dwelling was (and still is, in many parts of the world) common. Only one structure to build, their warmth emanates upwards to the people, and they would even act as a warning system if something were amiss (harder to hear if they’re off in some barn somewhere).

It was a long video without a transcript, which doesn’t work well for me, but I don’t think it mentioned the fact that – over and above the whole issue of Herod dying 4 years before JC was supposedly born – the census wouldn’t have been taken near the end of December, for agricultural reasons. People would generally go back home to their family land to help bring in the harvest, so that was the best time to set the census.

It’s too bad that there are still sects of Christianity that cling to Every Word As It Has Been Translated So That I Can Read It Must Be Believed As 100% Factually True, because I think they’d have a better time attracting and keeping adherents in this modern era if they didn’t require obedience to only one possible literal truth in oral tradition stories passed down and changed many, many times and transcribed into many, many different languages and cultures.

For example, you would be put in the same BED as one or more strangers. 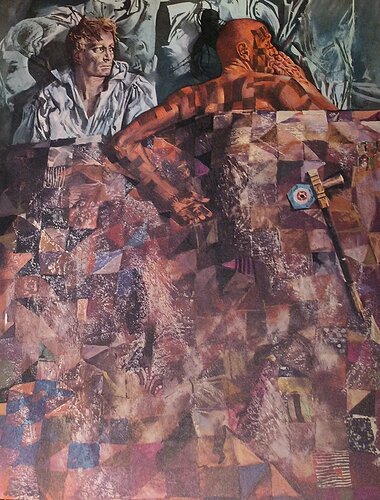 I listened to a podcast last year theorizing that most modern American social traditions related to Thanksgiving, Halloween and Christmas came from a single Saturnalia tradition of drunken mobs carousing through the streets requesting/demanding to be fed by the local landowners, who did so mostly to protect their homes.

A “Bible accurate” Christmas is surely… no Christmas at all? Yule is fundamentally pagan, in both origin and elements, given a superficial Christian justification after the fact. It’s true that the Christian elements added in have also been warped from their origins in order to make them fit the existing holiday(s), but they’re also not relevant (in either form, but especially in Bible-accurate form) to the Winter solstice celebration sometimes known as “Christmas.”

He does talk a bit about the reasons why Jesus’ birth could not have been in December. Honestly, that’s not even controversial. Assuming Jesus was a real person, I think all serious biblical scholars agree the actual date was somewhere between spring and summer. There’s a lot of evidence converging on that and a lot of reasons it could not have been in winter.

Not that it really matters. If Christians want to celebrate the life of the man, I don’t think it matters when they do it. The reasons why the Romans placed the holiday where they did were likely cynical, but celebration of it now needn’t be. All of our birthday celebrations are pretty arbitrary, after all. It’s not like the specific date of any holiday is especially historically accurate. I don’t think we need to hold Christmas to that standard either, as long as Christians are intellectually honest with themselves about it.

"All of our birthday celebrations are pretty arbitrary, "
When I think about it, we really should be celebrating Rape Day, not the birthday.

Billions of babies have been born, there’s nothing special about that.

Being impregnated by God? That’s much rarer!

Oh, you mean the Feast of the Annunciation?

Well no, that would be obstetrically dubious. It does say Mary put him in a manger though.

In tropical lands Christmas is celebrated in the middle of summer. Because of the colonization of Europeans, many customs were imported without much adaptation. For example, poor Santa Claus suffers too much wearing that hot outfit under a scorching sun.

For a while in my life, I seemed to always be in very hot climates at Christmas. As someone who is accustomed to snow, it unnerved me. The final straw for me was standing on a balcony overlooking the Colombo harbor, wearing a sundress, and singing “I’m Dreaming of a White Christmas”.

At least in Hawaii, Santa comes on an outrigger canoe instead of a sleigh.

In tropical lands Christmas is celebrated in the middle of summer.

I wonder where the USian fixation on poinsettias at Christmas comes from. BRB.

The Bible does not give a number of magi but since there were three gifts, it is traditionally depicted as three magi. They are also usually shown as of various races to indicate that Jesus was welcomed by the whole world. Specifically the three continents Africa, Asia and Europe. All that was added in traditionally and was not in the Bible. The three gifts are symbolic also, gold for a king, frankincense for a god and myrrh as embalming material for his death which is destined. Religion For Breakfast, a you tube channel, presents a good argument that Christmas was not meant to be on the Solstice but was meant to be 9 months after Easter/Passover. We know in the Bible that Jesus died before Passover and it is presented that he was also conceived on that date, so he was conceived and died on the same date, entering the world and leaving the same day. The birth would be 9 months later, Christmas.

I assume Mexico, where they grow wild.

I got a phone call from a friend from Boston who moved to Texas a few years ago. She said “Merry Christmas! Guess what! I just washed my car!”

Ha!
I didn’t mean literally “where,” but why they’re so ubiquitous here now, and associated with x-mas. From a quick search it looks like several articles are inaccurate, calling the bracts flowers, so I don’t trust them about anything else. (only half kidding about my distrust…