It’s merely a bit of realism - inside every horse’s stomach is a child’s head, after all.

But do we really know the order in which that happened?

True definition of having your head up your ass…or pony.

I had that same dream. Woke up screaming. Am I the only one?

This got me thinking: what happens when they run out of children to enslave?

Cory, I really expected that was going to be one of Posey’s hacks!

pony play is getting so weird these days…

“Jesus Christ, where is that fucking Metaphor(s)?” 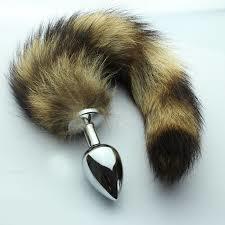 It’s a metaphor for the human condition, where everyone is a horses ass, and have their head in their ass. There’s 12 other meanings, but they only make sense in the ancient sumerian.

I’ve done necropsies on dozens of horses (back in veterinary school pathology rotations), and I can absolutely certify that this is true.

This is also why you’re not supposed to pull on a horses’ tail. It’s amazingly painful and damaging if the child head gets yanked out of the anus.

…and did anyone open the doll’s head?

Russia is north of China.

Japan used to make tin toys from cut-up soda cans. And once my dad stripped our (reasonably expensive) couch so he could re-upholster it, to find that the frame was made from old shipping pallets.

And once my dad stripped our (reasonably expensive) couch so he could re-upholster it, to find that the frame was made from old shipping pallets.

[Yes, that means Lancaster was an axis of the slave trade]

It’s doll’s heads all the way down.

The horse is a natural blonde.