He was just trying to build a better mousetrap.

It worked - there are no longer any mice living in that house.

And this is exactly why you need to hire trusted confidants for your arson needs. Cash meetings in public places mean there’s no IP logs to check later.

This was New Zealand, and I noticed no sheep were involved, curious.

lp0 on fire (also known as Printer on Fire) is a semi-obsolete error message generated on some Unix and Unix-like computer operating systems in response to certain types of printer errors. lp0 is the Unix device handle for the first line printer, but the error can be displayed for any printer attached to a Unix/Linux system. The message did not reliably indicate whether the printer in question was actually aflame. The "on fire" message probably originated in the late 1950s, when high speed comp...

This was New Zealand, and I noticed no sheep were involved, curious.

He’s a British ex-pat, what do you expect. And look, I’m not saying I don’t like Brits, I just don’t like them over here. They don’t integrate properly, they want sheep-free schools for their children, and that’s just not what we’re about here. And I’ve tried, OK? I’ve even tried British Marmite but it’s foreign muck, all runny and sweet and nothing like the proper stuff. Savages, the lot of them. I mean, not to say - a lot of them are all right, sure. Friendly people. I just don’t see why we have to put up with their nonsense in our country. 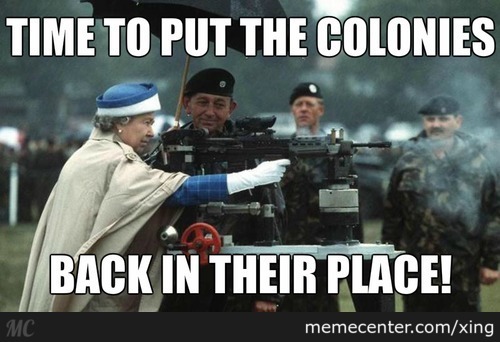 typing /again/ down here to satisfy the BB

they also got mad at me for my perpetual motion machine for burning the house down and then building it up again, how was I supposed to know that there was an error in step 2?

I’m making suspicious face about this. I question how much conclusive data you can pull from a burnt out drive.

the insurance company’s theory collapsed when prosecutors could not prove that a print command had actually been sent, despite extensive forensic work on all the computer equipment in question.

and tell-tale burn marks to suggest the fire had involved the use of an accelerant such as petrol.

Insurance company still probably has a case though

He should have just set a scheduled task. Then the computer wouldn’t even need to be online to receive the command, and there’d have been one fewer piece of evidence to implicate him.

[writing furiously] “Set scheduled task, got it, anything else?”

It sounds like the accelerant is more the, ahem, smoking gun than anything else.

You have to do a thing that’ll get past Robert De Niro.

The problem is, a lot of those “tell-tale burn marks” for detecting accelerants are often given more weight than they should be.

My mother watches a lot of those “true-crime” shows, and one from a few months ago showed a man being convicted of arson and murder (his daughters died in the fire) based on the burn pattern, and then it covered his appeal and had a bunch of experts explaining why these patterns don’t necessarily mean that the fire was deliberately set.

It must have been so much easier to commit crimes before things like video cameras and forensics ruined it for everyone.

Pick up one of those fire-prone chinese hoverboard scooter things.

Innocently plug it in into the Managed Power Strip that can be powered on via web interface. Make sure the power strip is off and this is all in the garage. Next to your gas can for the lawn mower. And your paint stripper. And that gallon of moonshine pappy brought over. Which is right under the shelf with those fireworks you picked up for you next party. And the flares for your flaregun.

While away on vacation, vpn back through your home network and start a flame war (HA!) until someone decides to get your IP (your Home) and hacks you manages to cause as much damage to your home network as possible and turning on the power strip while he (or she) is at it.

Power strip is on.

Hover Board is charging.

Then catching on fire.

And a beautiful bonfire is happening.

Since this was in the Commonwealth, shouldn’t that be a Heath Robinson machine?

But why did he hate his McMansion so much? Was it too expensive to heat? Not enough room in the den to store a workstation, 2 printers, and accelerant? The self-loathing he felt when people in online forums insulted his tacky abode?

And why was it necessary to destroy the E-class Mercedes in the process?! When did that car ever let him down? I cannot comprehend his logic. I can understand, however, that he took his Macbook over the Acer left at home, which ‘started’ the blaze. Perhaps his fatal mistake was not using Tor. Fool.