Forgery is the highest form of flattery.

And I got to sit around the pool for days, reading and daydreaming and sleeping.

The painting had been purchased by actor Steve Martin for $850,000

Was it a nice painting at least?

I dislike that art forgery muddies an artist’s body of work, but ultimately the only people being hurt are those that want to use a dead person’s work as a speculative commodity or who fetishize the work of particular dead artists to the point where they find it so much more desirable than that of equally good living artists, where the sale of of their work would actually benefit the creator, rather than some speculator. It’s hard to get too upset about it. Especially since the efforts that go into creating forgeries (and the narratives around them) are so interesting. Sometimes much more interesting than what was involved in creating the “real” work.

Heinrich Campendonk was an early Expressionist. Since the forgery was expertly done, I’d say it probably was a nice painting, depending on your tastes.

Interesting way to think about it. I need to buy some local, current art from a live artist.

Well now that you mention it …

After learning how careless he was protecting valuable art, I am kind of glad that piece was fake.

So, fetishizing dead artists’ work, then.

I’m sure they appreciate it.

Or rather, spending a million dollars on a Bach score… Given the dynamics at play, just thinking about it being as simple as “liking older works” is a trap that people fall into, but it’s completely wrong.

So, fetishizing dead artists’ work, then.

Collecting and appreciating – it’s weird that you see that as fetishizing. Maybe we should destroy all old art? That would be totally punk.

I’m sure they appreciate it.

Martin donated one of the artist’s works to a museum so the public gets to appreciate it. But again, maybe just burn it instead?

…just thinking about it being as simple as “liking older works” is a trap that people fall into, but it’s completely wrong

Without further supporting words it’s impossible to say anything about that being a trap (seriously, what does that mean?) or how “it’s” (whatever “it” is) completely wrong. Kind of binary thinking in any case. Some rich person buying a dead artist’s painting isn’t removing money from a living artist’s pocket. 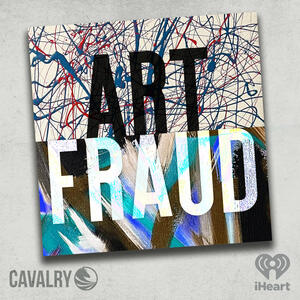 An investigative journey through one of the biggest cases of art fraud in US history: The Knoedler Gallery. Written by VANITY FAIR reporter Michael Shnayerson and hosted by Alec Baldwin, ART FRAUD exposes the scandal of dozens of disputed paintings,...

Steve Martin would say it was. He’s long fancied himself something of an expert, so only considers the nicest.

One does not spend a million dollars to collect a painting just because one “likes” it - nor does liking the art necessitate spending a million dollars on a painting. It’s inextricably tied up in art speculation, establishment tastemakers deciding certain artists are “worthy” of attention, fashionable and thus indicative of the owner having “taste” (which in turn is also tied up in art speculation), etc. - the actual liking of the art is secondary (or, in many cases, not even a reason at all).

Maybe we should destroy all old art?

Sure, because there’s absolute no alternative to private art speculators absurdly inflating the prices for dead artists’ work in commodifying it to solely benefit themselves, except destroying it.

One does not spend a million dollars to collect a painting just because one “likes” it - nor does liking the art necessitate spending a million dollars on a painting. It’s inextricably tied up in art speculation, establishment tastemakers deciding certain artists are “worthy” of attention,

I think that is the case for most people. Thought some of them are educated enough in art to value something based on its aesthetics and history to appreciate it, not just for its value or speculation or status.

But, like, if I were super rich I’d be buying art from artists I like who are passed. And I make commissions for living artists with no desire to ever sell.

Fakes winding up in museums, that ain’t cool. That stuff is there to be casually looked at, but also studied. Imagine spending years writing a dissertation after even more years of studying and analyzing an author’s/artist’s specific work, only to learn it was fake.

I wanna be an encyclopedia when I grow up

and accurate information has always been important to me; forgery, plagiarism, pseudo-journalism, and lies make my skin crawl. I lack detachment in it, it’s as much an emotional as an intellectual reaction.

I don’t mind in the slightest when rich ppl lose money, I don’t want fakes in museums or academic works.