Pass the popcorn please. This should be interesting.

Aye and begorra, I’ve already got me a migraine the size o’ the Emerald Isle weighin’ on me skull, I doon’t need this as well…

Separation of church and state and freedom of speech, I hope we keep it in the US.

Hopefully this will embarrass them into getting rid of it.

Yeah, hopefully, but otherwise sensible-seeming folks have gone ass over elbow to enforce obviously idiotic laws and thereby setting a precedent for enforcement. These days I’m not so hopeful.

@dfaris’s original thread for those interested.
Perhaps the mods could merge the two discussions?

Appearing on The Meaning of Life, hosted by Gay Byrne, in February 2015, Fry had been asked what he might say to God at the gates of heaven. Fry said: "How dare you create a world in which there is such misery? It's not our fault? It's not right. It's utterly, utterly evil. Why should I respect a capricious, mean-minded, stupid god who creates a world which is so full of injustice and pain?" He went on to say that Greek gods "didn't present themselves as being all seeing, all wise, all ben…

He’s a maniac, maniac on the floor
And he’s blaspheming like he’s never blasphemed before

Maniac is one of the nicer things I’ve called Abraham’s non-extent deity. I mean this is the internet. In fact, I think no one from the internet should visit Ireland for a while, just in case.

The blasphemy law was only passed in 2009 in defamation legislation. It’s not the result of some archaic mindset left over from the past.

ftfy
Ireland does contrive periodically to remind us that there is an English speaking country whose politicians are even more backward than ours.

I can give you hope, if you want. How do you think those charges would hold on the European level?

Banning blasphemy is mandated by the Irish Constitution, abolishing the offense would require a referendum.
That law replaces a worse version of the law that only protected catholics.
So, in effect, that law is a required bit of archaic left over, or at least the best patch so far for the required bit of archaic left over that can only be abolished via changing the Irish Constitution.

We do? Which country would that be? I can’t think of one.

It’s worth pointing out that nobody has been prosecuted for blasphemy in Ireland since the 19th century (and they weren’t even found guilty). And the current position of the Irish supreme court is that any such prosecution would be unenforceable, so none will be taken by the DPP in this case either.

Our constitution does make blasphemy a crime, our current law reflects this and that cannot be remedied without a referendum, but one is on the cards (we’re currently in the process of setting up a referendum on liberalising abortion, ideally they’d both happen at the same time but that doesn’t look likely at the moment, will probably have to happen after that one is out of the way).

Fortunately, there were no actual crimes needing investigation.

My goodness he has discovered theodicy! What a deep thinker - soon I’m sure it will occur to him to postulate a rock so heave God can’t move it.

I’ll also say here, that an awful lot of people are really ignoring the history of Ireland and Britain, and how Catholics were persecuted during the centuries of British imperial rule. The language used to describe Irish Catholics was pretty egregious, and this use of anti-Catholic language continued up to the Sinn Fein bombing campaign in the recent past. To not take that history into account is missing the forest for the trees.

The Middle Ages are still here, but they’re just not evenly distributed.

He was asked a question and he gave an honest answer. He could have minced his words, but he was already in giving that answer, I’m sure.

there is an English speaking country whose politicians are even more backward than ours.

Weirdly not a comfort. 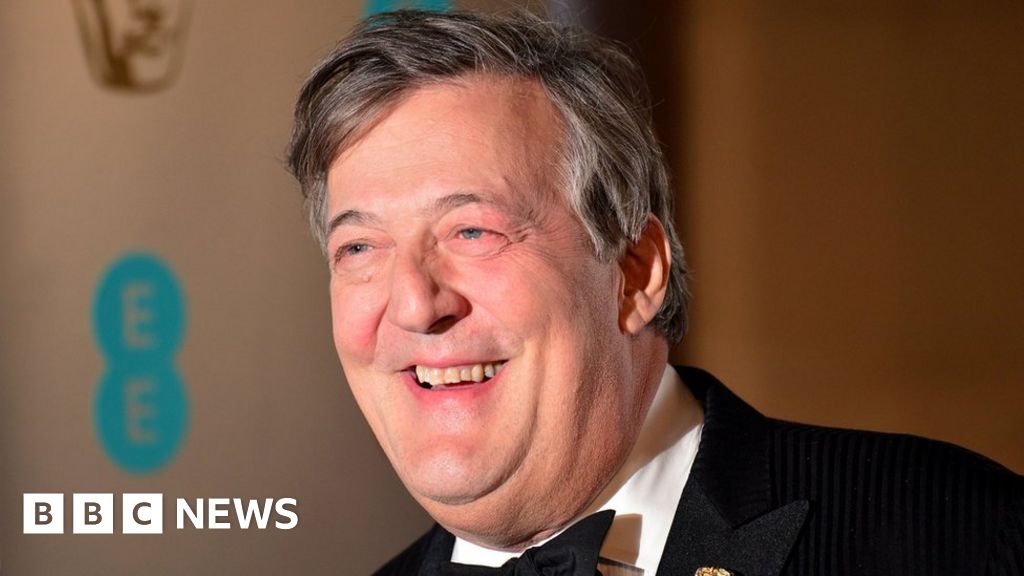 Irish police are investigating the comedian after a viewer complained about comments he made in 2015.

Appearing on The Meaning of Life, hosted by Gay Byrne, in February 2015, Fry had been asked what he might say to God at the gates of heaven.

Fry said: “How dare you create a world in which there is such misery? It’s not our fault? It’s not right. It’s utterly, utterly evil. Why should I respect a capricious, mean-minded, stupid god who creates a world which is so full of injustice and pain?”

He went on to say that Greek gods “didn’t present themselves as being all seeing, all wise, all beneficent”, adding “the god who created this universe, if it was created by god, is quite clearly a maniac, an utter maniac, totally selfish”.

The investigation was triggered by the complaint of a single viewer.

Wow, a blasphemy law being abused by some butthurt asshole? How could this be?

If God wants to take Fry to court for slander then that’s His business.

How did it work out for Billy Connolly?

Directed by Mark Joffe. With Billy Connolly, Judy Davis, Colin Friels, Wendy Hughes. Billy Connolly plays Steve Myers, a lawyer who became a fisherman from frustration. When his one piece of property, his boat, is struck by lightning and destroyed...

As far as legal actions go it’s a well known fact that the Devil has all the best lawyers.