Is a Blade Runner presenter the Wet Prince of Bel-Air?

did a quick bit of “back-of-a-napkin” math and 12 million gallons per year is about equal to the water consumption of 328 “normal” Americans. I don’t know what this one household does with that much water, perhaps they have a secret Orca tank in the basement. Or maybe they use it to make intergalactic trades with the Padishah Emperors. Either way, it seems rather excessive even if this house wasn’t located in an area that already has a limited water supply.

Most of the time when I’ve read how rich people use water, they just dump it on the ground (watering plants).

Of course they use a lot more water than you people. They have a lot of stuff that needs watering. Sure, it would make more sense to have foliage that was appropriate to the locality, but on the other hand this is America.

He was one of the producers. I don’t think he ever ‘presented’ the film.

they just dump it on the ground (watering plants).

But if he didn’t use all that water, then the poor people would get it!!

You don’t want those people to have that water do you?!?!?

Hey! it takes a lot of water to fill up that cee-ment pond.

Do all you liberals seriously expect this man to swim in day-old water?

A proud tradition of rich jerks going back thousands of years.

I heard on NPR there is no law against them using that much water, as long as they can pay for it, but if they were to water on the wrong day or wash their cars with a hose without a limiter they could then be fined $500.

While it’s not illegal to use that much water, there are usage tiers where water gets more expensive.

A recent change (in the last year or two) includes financial penalties for exceeding a certain number of gallons used, as well as fines for exceeding limits on the duration and number of days that sprinklers can be used. (Hand watering and drip irrigation are not limited by schedules, but you can be sure that 1,000,000 gallons per month aren’t being used that way.)

The real question is whether or not these properties are being grandfathered in under pre-metering contracts. Another loophole that might be used is that if the number of certain trees or plants are high enough the owner could be considered the owner of an orchard and billed at agricultural rates.

No matter what the circumstances, we need to stop getting all skittish over the concept of community resources. Just because someone can afford to pay to buy all of the water doesn’t mean that they should be allowed to if it means denying access for others to survive.

But if he didn’t use all that water, then the poor people would get it!!
You don’t want those people to have that water do you?!?!?

Of course! It can’t trickle down if the rich don’t use enough!!!

Presenting a film is different than producing a film. Typically, presenters come in after production is completed. They are typically investors. sometimes hands-off producers. Sometimes they lend their name because they are championing the film or were asked to present it. In some cases you can license a presenter (e.g. “National Lampoon Presents _____”)

Presenting a film is different than producing a film. Typically, presenters come in after production is completed. They are typically investors. sometimes hands-off producers. Sometimes they lend their name because they are championing the film or were asked to present it. In some cases you can license a presenter (e.g. “National Lampoon Presents _____”) 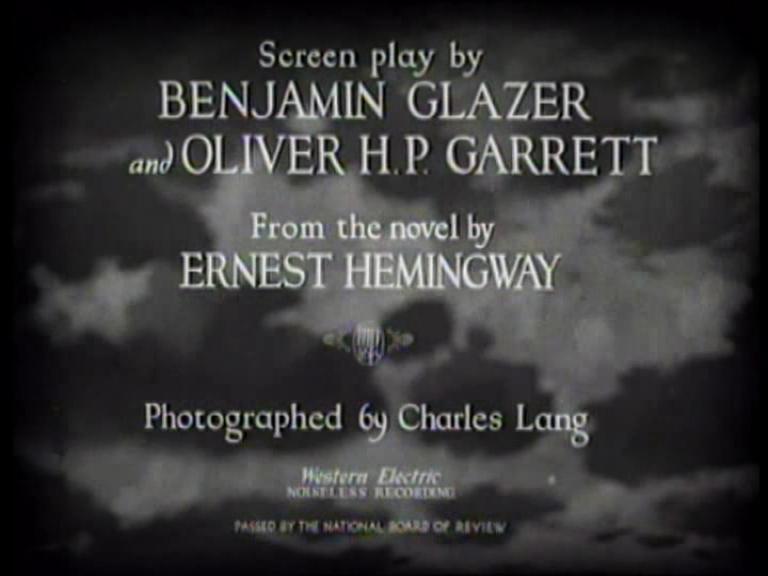 Opening Credits: Who, What, Where, When and Why - NewEnglandFilm.com

https://vimeo.com/46478674 With a hundred years of moviemaking history, there must be a “standard” way of listing people in the opening credits, right? Wro

When the lights dim and the movie begins, the opening credits will be presented in the following manner:

This is the distributor. It may be a studio or independent distribution company. It may or may not have financed the making of the movie. But it is the company that sold the movie into theaters, television, DVD, etc. Sometimes it is listed in the same text as the rest of the credits. Or it could be a logo or even a standalone clip, such as the MGM lion roaring.

Usually a movie is produced under a business entity that finances motion pictures. It may be an independent company, a studio or a subsidiary. The director or producer’s personal production company may also have acquired the source material, such as a book or play, upon which the movie is based, and could get a production company credit here as well.

IN ASSOCIATION WITH SO-AND-SO PRODUCTION COMPANY

There may be multiple production companies that played a part in getting the movie made. They are listed here, after the distributor and the primary production company, studio or studio subsidiary.

A DIRECTOR’S NAME FILM (or Producer’s)

Audiences today are used to seeing the director’s name before the movie title, as the auteur or visionary of the movie. Some directors have developed such a well-known style that audiences will have specific expectations when seeing his or her name in front of the title. There’s a difference between a Tarantino film and a Michael Bay film.

If the director simply worked for hire without developing it from his early vision, it’s kind of silly to make the auteur claim here. Sometimes the executive producer claims the film’s style and vision. Tim Burton has with movies he produced but did not direct, such as Abraham Lincoln: Vampire Hunter and Batman Forever.

on the other hand this is America.

Which is already great but needs to be made great Again. And it’ll take at least 12 million gallons of water. Plus party favors.

Yes that piece is correct in general. In this case, Yorkin and Perenchio functioned as guarantors for the film (most big films require a bond-completion guarantor). They said that if for any reason the film ran out of completion funds, they would pony up the dough personally to see it finished. A standard stipulation of this kind of deal is that the guarantors then own the film if it does over budget. And it did. After they took control, they tacked on the happy ending, the narration, and all the other crap that was part of the theatrical release, over Ridley Scott’s loud objections. Since that time, with the Director’s Cut becoming the canonical version, the presenters allowed to film to be released as The Final Cut.